If you purchase an independently reviewed product or service through a link on our website, ARTNews may receive an affiliate commission.

If you purchase an independently reviewed product or service through a link on our website, we may receive an affiliate commission.

As extensive as fine arts course curriculum lists can be, it’s never a bad idea to supplement your classroom requirements with other titles. Need some recommendations to build your collection of art history books? We’ve assembled a list of must-haves below, both mainstream and specialized, that cover art history from classical antiquity to the present. Art history is a malleable discipline, subject to recurrent revisions and reappraisals. But understanding developments in art depends on it—or at the very least is enhanced by it. Sharpen your studies of this field with one, or many, of our picks. (Price and availability current at time of publication.)

For more than 60 years, Horst Woldemar Janson’s doorstop of a book served as the go-to text for Art History 101 courses everywhere, promising a sweeping overview of painting, sculpture, and architecture from the dawn of civilization to the present. For the most part, it delivered—except for one titanic omission: women artists. Janson didn’t believe there were any worthy of serious consideration, a prejudice consistent with the book’s Mad Men-era origin, and one the author maintained until his death, in 1982. However, a 2006 revision basically wrote Janson out of his own book, though his name remained in the title. Works cited as masterpieces (like James McNeill Whistler’s 1871 painting Arrangement in Grey and Black No.1, otherwise known as Whistler’s Mother) were elided, while previously ignored disciplines (photography and decorative art) were added—as were, finally, female artists. Moreover, it replaced Janson’s focus on the male artist as genius with a more comprehensive reading that takes race, class, and gender into account. This most recent edition, published in 2013, expands coverage of Islamic art into its own chapter. 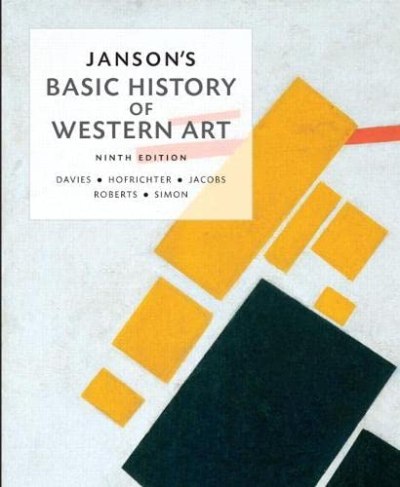 Compiled by contributors associated with October, the art-critical quarterly known for its dense and difficult writing, Art Since 1900 was published in 2005 as a corrective to standard art histories while being aimed at a broader readership. Still, the book retains October‘s thorny attitude and poststructuralist bent—which is to say, it is skeptical of the notion that art embodies individual expressions that transcend time. Accordingly, the book doesn’t follow the development of what it calls modernism, anti-modernism, and post-modernism through artists or movements. Rather, it treats 20th-century art to a textual deconstruction with short essays tied to certain cultural or historical events for each year between 1900 and 2003, kicking off with the publication of Sigmund Freud’s Interpretation of Dreams and ending with the 50th Venice Biennale. Your mileage may vary, depending on just how significant you feel these events are in terms of art history, but Art Since 1900 exemplifies the nonhierarchical nature of the discourse that’s prevalent today. 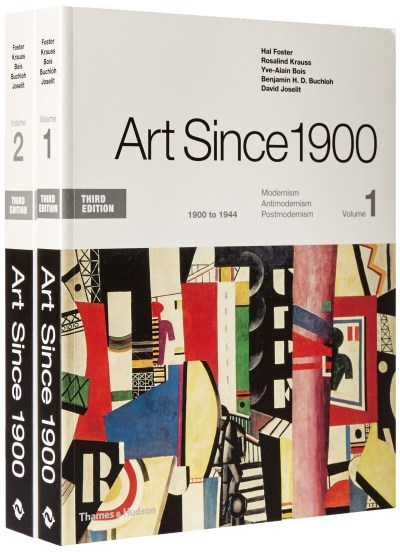 3. Giorgio Vasari, Lives of the Artists

Giorgio Vasari’s biographies of the Italian Renaissance’s key players introduced the concept of art history as we know it. Many of his subjects were his near contemporaries (he lived from 1511 to 1574), making the text a primary source for studying the epochal era that ushered in the Western tradition in art (itself bound until recently to the narrative genre Vasari invented). Originally published in 1550, Lives covers the period bracketed by Cimabue (1240–1302) and Michelangelo (1475–1564) and is prefaced with a general treatise on architecture, sculpture, and painting. Later historians would fault Vasari for being too focused on artists from Florence and Rome, though the book was enlarged in 1568 to include members of the School of Venice like Titian. But while Lives didn’t look beyond Italy, its influence spread rapidly in Europe, with the first of its many translations appearing in the Dutch Republic in 1604. 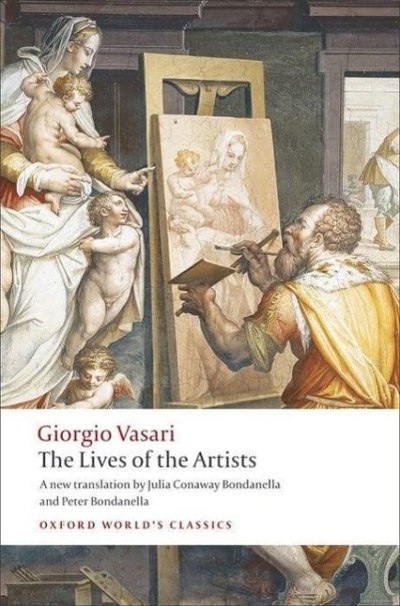 Purchase: Lives of the Artists $12.95 on Amazon

Although the second half of its title suggests a survey that begins with Ancient Greece, this book is really more about the latter civilization. It proposes that without the Roman Empire, classical art would not have lasted to spark the Renaissance. The authors argue that Rome’s transmission of Greek aesthetics laid the foundations for Western art, and they further contend that the Romans didn’t imitate Greek art but rather reinterpreted and reinvented it. The book’s five chapters cover painting, sculpture, portraiture, and monuments, noting the role of lust—for power, posterity, and sex—in their pursuit. Side trips to archaeological sites like Pompeii explore how new finds maintain our fascination with objects from antiquity while noting that their survival is ultimately a matter of chance. 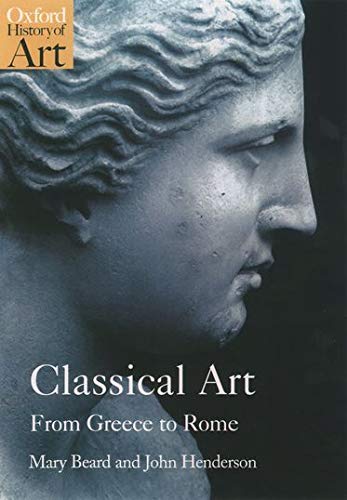 Purchase: Classical Art: From Greece to Rome $24.35 (new) on Amazon

At more than 650 pages, H.H. Arnason’s History of Modern Art appears daunting, but ever since its appearance in 1968, it has served as the essential account of 20th-century art. The book begins with Paris during the 19th century, when notions like art for art’s sake and artists such as Manet, Monet, Gaugin, Van Gogh, Seurat, and Cezanne fired the first shots of modernism. It continues by recounting the major movements—Cubism, Dada, the Bauhaus, Surrealism, Abstract Expressionism, Pop Art—that impacted the past 100 years of painting, sculpture, and architecture. Using generous illustrations and approachable language, the book tells the story of a revolutionary era that transformed our thinking about the world and art’s place in it. Now in its seventh edition, History of Modern Art has been repeatedly updated to include the latest artistic developments as the 20th century gives way to the 21st. 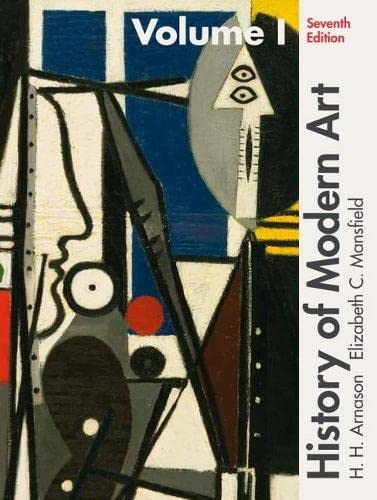 At the beginning of this book (which also appears among Art in America‘s staff picks of essential reading), author E.H. Gombrich observes, “There is really no such thing as Art. There are only artists.” That statement sets the tone of what has become one of art history’s most popular tomes. Abjuring sweeping discussions of movements or concepts, Gombrich focuses on individual works of art and the figures behind them. Except for a few diversions into ancient and tribal art, this invariably means male painters from the West. Still, Gombrich takes a remarkable stance for an art historian by maintaining that art history can obscure, as well as elucidate, the experience of art by relaying information extraneous to the act of seeing. Linking artists as diverse as Raphael and Cezanne across time, Gombrich insists that they all faced similar challenges to making their work, and that in the final analysis, the artist’s intentions are all that matter. 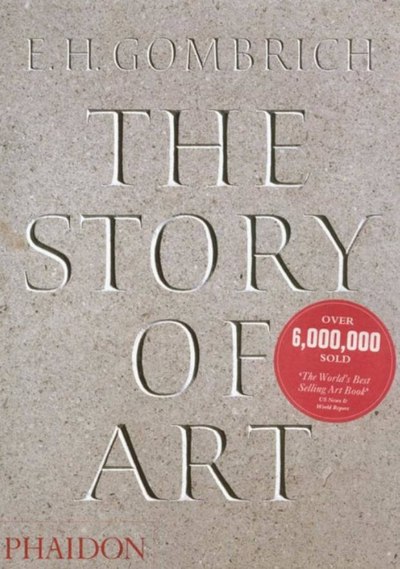 7. The editors of Phaidon, The Art Book

Smart and lavishly produced, Phaidon’s A-to-Z directory of artists throughout history is the one coffee table accessory you should have in your library. Ranging from the Middle Ages to today, the book features 500 artists, and while some are better known than others, each is given the same luxuriant treatment: a nearly full-page, full-color reproduction of a key work printed with razor-sharp attention to detail. Each entry is accompanied by a brief text with a career overview of the respective artist written in clear, easy-to-follow language. Anywhere you open this volume you’ll find breathtaking images, and since the artists are presented alphabetically, you’ll encounter unexpected juxtapositions of styles and eras across each spread, like one pairing 17th-century Dutch painter Hendrick ter Brugghen and contemporary French conceptualist Daniel Buren. Though The Art Book leans heavily toward painting, it also covers sculpture, photography, video, and installation art. 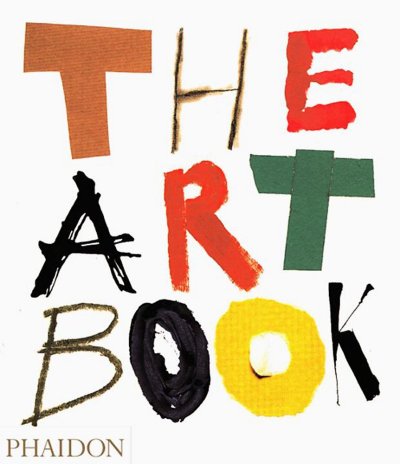 8. Richard Shone and Jean-Paul Stonard, eds., The Books that Shaped Art History: From Gombrich and Greenberg to Alpers and Krauss

While an art history book about art history books is definitely meta, this compilation of essays covering the category’s 20th-century milestones is a reminder of just how closely developments in art are tied to changes in its study. Gathering a wide-ranging group of leading scholars and curators, The Books that Shaped Art History examines 12 tomes that introduced key critical concepts to the field, starting with Religious Art in 13th-Century France, written by Émile Mâle in 1898. One of the first studies of medieval art, Mâle’s book was also one of the first to use iconography to unlock the meaning of images. Another book, Heinrich Wölfflin’s Principles of Art History, from 1915, formulated the now common method of comparing artworks on the basis of style. The Books that Shaped Art History takes an admittedly deep dive into its subject, but it is nonetheless a fascinating look at how writing has shaped art and vice versa. 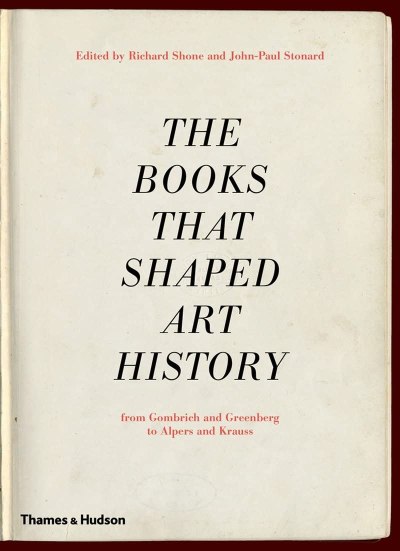 Purchase: The Books that Shaped Art History $30.09 (new) on Amazon

Sharon F. Patton’s 1998 survey connects African-American art to the Black experience between the early 18th and late 20th centuries. Patton begins with slavery, touching on plantation architecture and the African influences informing the housing enslaved people built for themselves in the southern states. Moving on to folk and decorative arts of the 19th century, Patton considers the impact of large events—such as the Civil War, Reconstruction, and the Great Migration—on art made by African-Americans. Finally, the author explores how African-American aesthetics were formed during the 20th century by the likes of the New Negro movement of the 1920s, Black Nationalism in the 1960s and ’70s, and the identity politics of the 1990s. 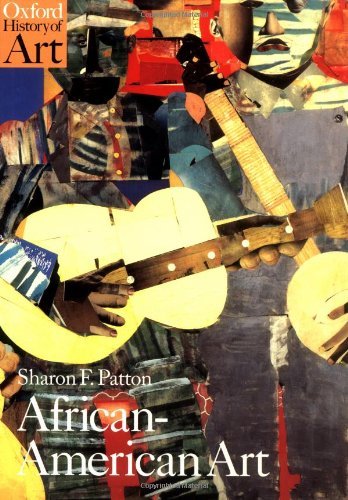 As the title notes, this book examines 20th-century art’s unique reliance on theory. In the period predating what’s known as modern art, aesthetic debates focused mainly on technique; during the late 18th and early 19th centuries, for example, the French Academy was roiled by arguments between two groups—the Poussinistes, named for the 17th-century neoclassicist Nicholas Poussin, and the Rubenistes, named for Poussin’s older contemporary Peter Paul Rubens—over which was more important to painting, line or color. Modernism, however, formulated an entire philosophy for radically transforming art, propelling the movement, as Charles Harrison and Paul Wood write, from “the margins of public notice to the center of the cultural economy.” Harrison and Wood incisively capture this revolution from Post-Impressionism to Postmodernism. 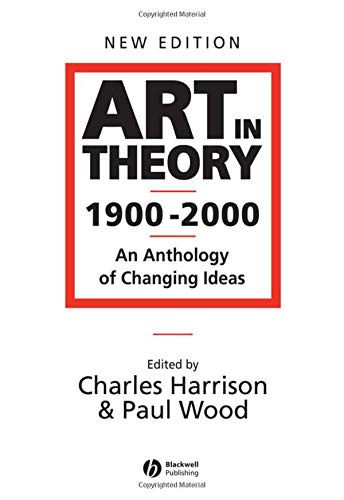 For centuries, art historians overlooked female artists, and the few who managed to gain recognition did so only because it was assumed that they had somehow overcome the limitations of their sex. According to this belief, women couldn’t become artists on their own merit because their gender made it impossible to do so. This bias began to fade during the final decades of the last century as the achievements of women artists became too visible to ignore, most conspicuously in contemporary art. Overlooked names from the past were being reappraised, and this study from 1996 brings to light many such artists from the Middle Ages onward. More important, the book illuminates their struggles against misogyny of their respective times and how they persisted, nevertheless, in pursuing their work. 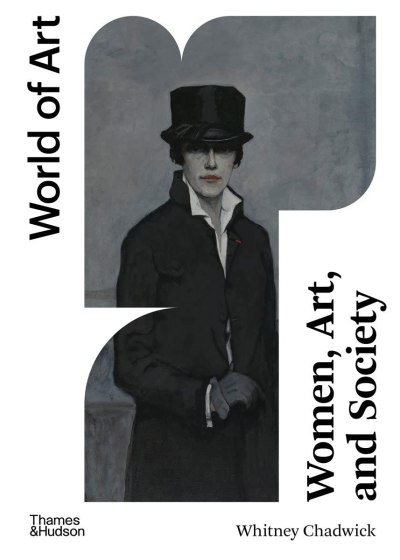 Chasing Ghosts: A Short Documentary Debunks a Long-Held Theory About What Pollinates the Ghost Orchid