Eerie, hypnotic, and faithfully depicting the dismal reality that is 2020, a new short film by Lydia Cambron envisions her recent quarantine experience under the frame of Stanley Kubrick’s 2001: A Space Odyssey. In 2020: An Isolation Odyssey, the New York City-based designer recreates the 1968 version’s iconic ending as a way to “(poke) fun at the navel-gazing saga of life alone and indoors,” she writes in a statement.

Positioned vertically, the characters’ movements are synchronized perfectly, but while the original film’s Keir Dullea wades through the ornate home in an astronaut suit, Cambron sports a face mask and latex gloves. The reenactment is situated in the designer’s one-bedroom Brooklyn apartment, and while it maintains the domestic qualities of the original, it also features contemporary updates, like a MacBook sitting on the table rather than a lavish meal. She even parallels the minutes-long credits precisely.

Cambron notes that the contemporary version considers a similarly disorienting life. “Multitasking while #wfh, conjuring guilt or longing with unused exercise equipment, your entire being reduced to a measure of time—these scenes all illustrate the absurd comedy of trying to maintain control during this unprecedented and unpredictable time,” she explains. 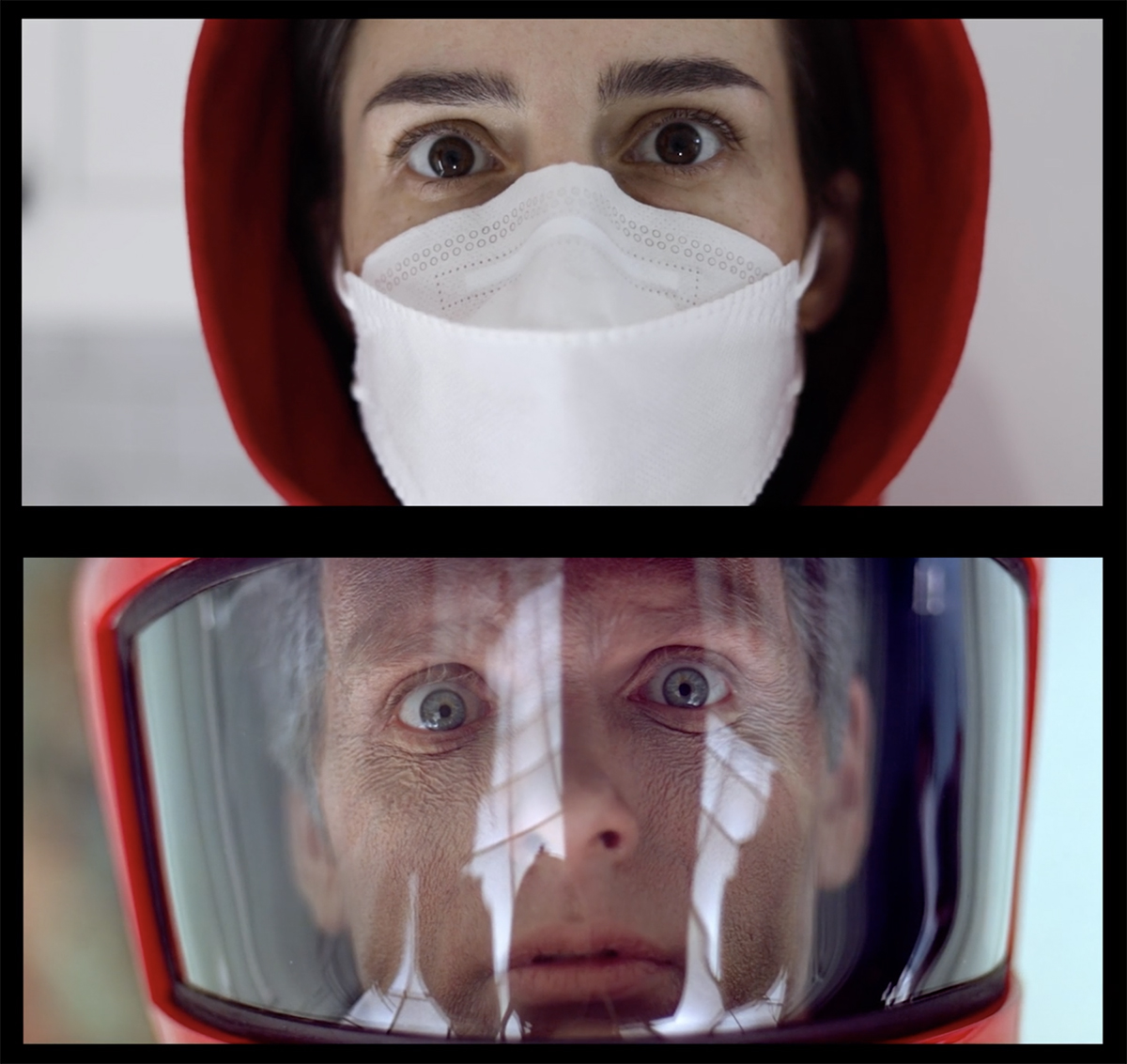 “Chinatown Forever — the spaces we occupy.”