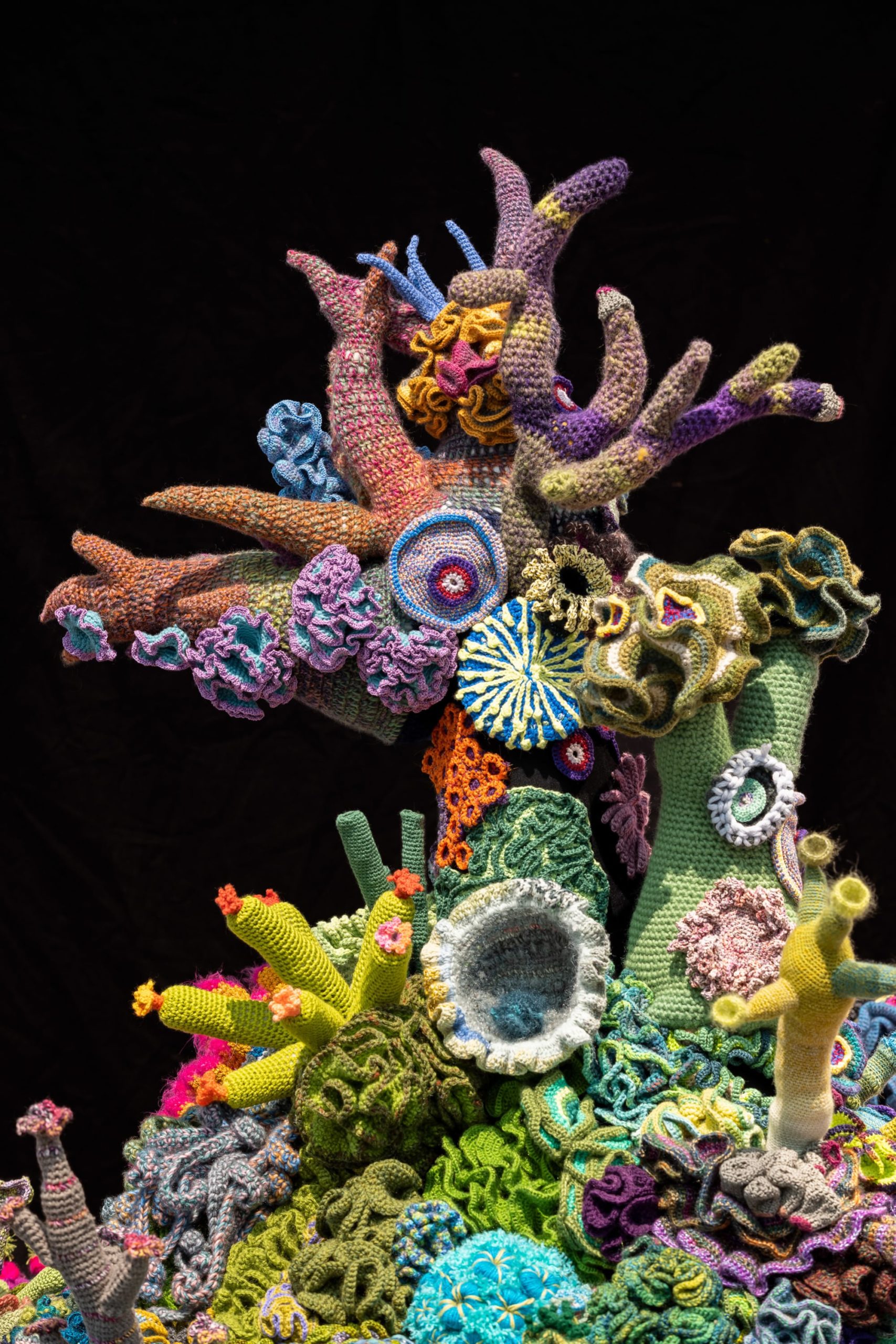 A new report released this week by an Australian agency says that the 1,400-mile Great Barrier Reef has undergone its sixth mass bleaching. About 91 percent of the brightly colored marine ecosystems were affected by this most recent catastrophe, which occurs when water temperatures rise. Disasters like this are becoming more frequent as the climate crisis intensifies, prompting artists like Christine and Margaret Wertheim to respond with striking displays of what could be permanently lost.

The Australia-born, California-based sisters began the Crochet Coral Reef project in 2005 to confront the devastations of bleaching, over–fishing, tourism, and agricultural contaminations through sprawling, labor-intensive environments. More than 40,000 of the oceanic works are now on view at the Museum Frieder Burda in Baden-Baden, transforming the gallery into textured ecosystems resting atop pillars and protected in glass cases. The Wertheims explain the project:

Like the organic beings they emulate, these handmade sculptures take time to make—time that is condensed in the millions of stitches on display; time that is running out for earthly creatures, including humans and cnidarians. Time forms a framework for the Reef project, for as CO2 escalates in our atmosphere time is increasingly in short supply, and what we choose to spend time on is a reflection of our values.

Part of the intention for Crochet Coral Reef is to involve local communities, and so far, almost 20,000 people have contributed their own fiber-based forms, with about 5,000 participating in the show in Baden-Baden alone. Since debuting at the 2019 Venice Biennale, the exhibition has traveled to more than 20 spaces from London and Dublin to Pittsburgh and Washington, D.C.,  and will be on view at the Museum Frieder Burda until June 26. A complimentary satellite project is also up at the Tang Teaching Museum in Saratoga Springs, New York, through June 12.

Visit the Crochet Coral Reef site for more information on getting involved in the project and for chances to see the textile organisms in person. You also might enjoy Mulyana’s yarn ecosystems. (via artnet) 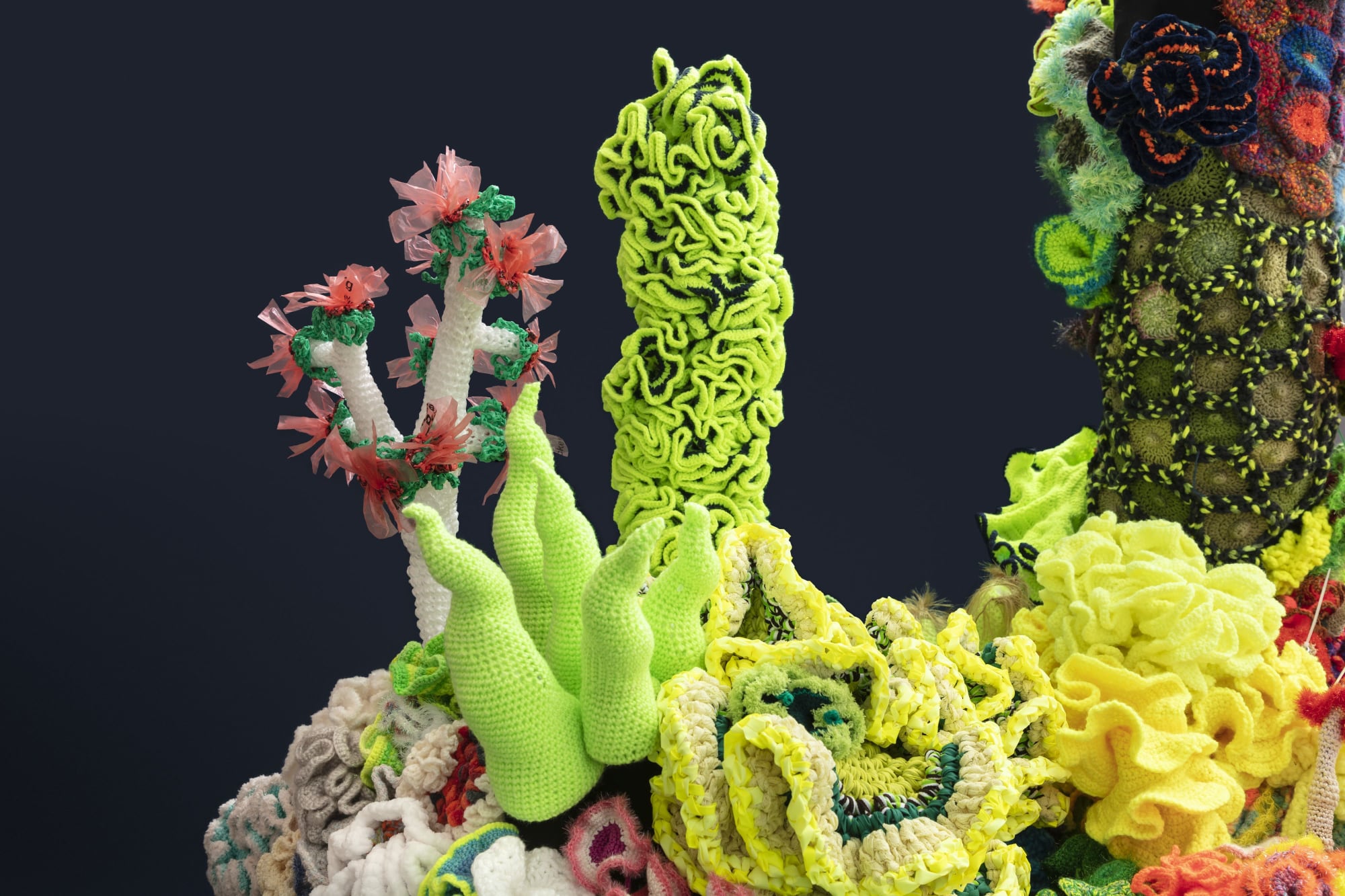 After Scrapping Its 2019 Edition, Volta Art Fair Relaunches Its New York Event with a Focus on the Positive