In the interregnum of this socially distanced spring, reading Hal Foster’s What Comes After Farce? Art and Criticism at a Time of Debacle felt like a whirlwind tour through a period that had suddenly become historical, much faster than its author could have anticipated. Out from Verso Books today, the volume assembles eighteen short texts written over fifteen years—many of them originally published in the London Review of Books—beginning in the aftermath of 9/11 and ending with the ascendance of post-truth and post-shame politics under Trump’s presidency. In a 1994 essay on the neo-avant-garde, Foster was critical of Marx’s claim that historical events happen twice—first as tragedy, then as farce—deeming it a cynical way of framing “the contemporary as posthistorical.” But in 2020, he embraces Marx’s observation not only to describe “a president whose prototype seems to be the child monster Père Ubu,” but also as the premise for his entire book, which asks: “If farce follows tragedy, what follows farce?” In naming this a “time of debacle,” Foster underlines its uncertain, interstitial character: it is an era of collapse, but one that holds the possibility, however slim, of yielding positive change through a release of force. As he points out, the term debacle comes from the French débâcler, which refers to the breaking up of ice in a river. 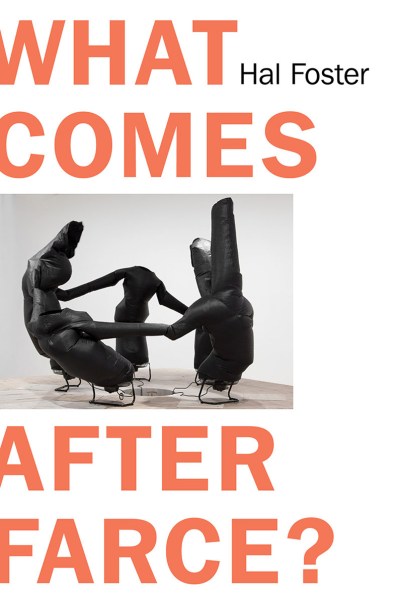 Organized into three sections—“Terror and Transgression,” “Plutocracy and Display,” and “Media and Fiction”—the book’s essays take up subjects ranging from Bush-era kitsch to the architecture of mega-museums and the work ofpolitically engaged artists like Paul Chan and Claire Fontaine. Across them, a question resounds again and again, one that has lost none of its sharpness in these plague days: “How to respond?” Foster traces how artists have responded to the political situation, while also asking how art criticism should respond to artworks and, through them, the broader moment. Early on, apropos of the 2011–12 MoMA PS1 exhibition “September 11,” Foster asserts, “The prevalent mode of art viewing today is an affective one. If Kant resumed the ancient question ‘Is the work beautiful?’ and Duchamp formulated the avant-garde query ‘Is the work art at all?,’ our primary criterion seems to be ‘Does this image or object move me?’” Ample evidence for Foster’s argument can be found in the belletristic musings that increasingly fill the pages of many contemporary art publications. Ours is a time in which personal feeling is taken as the grounds for truth and authenticity. Foster refrains from overtly lambasting this tendency, yet despite his characterization of pathos as “our” primary criterion, there is little doubt that it is far from his own.

What Comes After Farce? is broadly concerned with how leftist cultural politics can proceed when there are no veils left to pull back and it no longer matters whether Jeff Koons is “sincere or ironic or somehow both at once.” Foster belongs to a paradigm that preceded the rise of feeling as the ultimate arbiter of art, and that is devoted to evaluating works according to concepts and debates drawn from art history and critical theory. The artists upon whom he bestows the greatest favor tend to reformulate modernist strategies in light of contemporary exigencies. In a detailed reading of Kerry James Marshall’s Untitled (Underpainting), 2018, for instance, he shows how Marshall resuscitates the genre of the meta-picture, yoking it to a concern with black aesthetics and the colonial history of the museum. Foster commends the “old 1968er” Harun Farocki for holding fast to “stark oppositionality” in Brechtian films and installations that confront the changing relationship between eye and machine in a time of automation and algorithmic control. 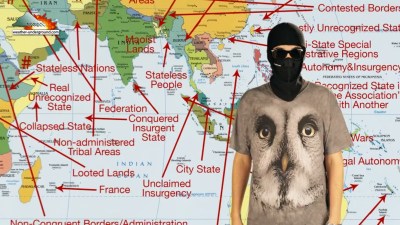 Far more prevalent today than Farocki’s approach is a strategy Foster calls “mimetic exacerbation,” whereby critical distance gives way to suffocating proximity. Artists intentionally exaggerate select features of contemporary existence, choosing to “take bad things and make them worse,” presumably to show how awful things really are—as if we didn’t know already. After endorsing this method in his 2015 book Bad New Days: Art, Criticism, Emergency, Foster here points to its risks. Surveying Hito Steyerl’s moving-image installations and writings, he delineates the artist’s pet subjects (“junk images,” “serious games”) and signature rhetorical moves. The latter leave him ambivalent. “Her motto,” he writes, “is ‘I don’t want to solve this contradiction, I want to intensify it,’ and her modus operandi is less to demystify ideological beliefs than to exacerbate corporate protocols, ideally to the point of an explosive transformation.” But does the cataclysm ever arrive? Foster concludes by casting doubt on what he sees as Steyerl’s quasi-cynical attachment to the thrills of the end times, wondering, “Why this apocalyptic tone from critics on the Left when we are surrounded by hell-fire politicians on the Right?” The question could be asked of many artists today. 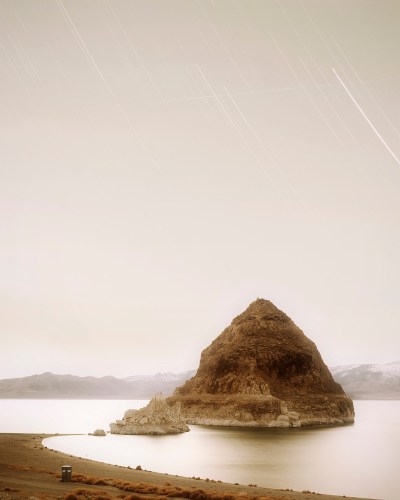 While Steyerl comes in for criticism, she also belongs to the tendency championed in the book’s third part, “Media and Fiction.” Steyerl, Trevor Paglen, and Forensic Architecture’s Eyal Weizman are first mentioned together as figures who “point to the urgent necessity of a science of agnotology, or the analysis of how it is we do not know or, better, how we are prevented from knowing.” One might call them the children of Farocki. In the book’s final and most substantial text, “Real Fictions,” first published in Artforum in 2017, they are associated with efforts to reframe the real by using “artifice to rehabilitate the documentary mode as an effective critical system.” If art is to wrest itself away from the domain of individual feeling and avoid becoming merely a luxury bauble owned by the plutocratic class, it might do so by making an epistemological gambit in the field of worldly reality.

Foster never fully lays out the stakes of this media agnotology, nor does he discuss the divergent relationships to artifice found across the practices he mentions in this essay. He refrains from explaining how the use of artifice relates to the problem of “alternative facts.” Doing so would require a format altogether different than the one that What Comes After Farce? adopts. The title is apt, not only because it invokes a great problem facing the left—how to imagine a future amid this mess—but also because it reflects the interrogative quality of the book’s texts, many of which pose questions Foster makes no attempt to answer. In dangling conclusions, he gets to the heart of the matter, only to swiftly depart. It is a common gesture in short-form criticism, a way of signaling the big issue in the absence of the space or will to thoroughly confront it. “Model Worlds,” a text Foster wrote for a 2018 catalogue on Sarah Sze, winds down with a series of queries, finishing with the proposal that “the fact that her art prompts such questions so keenly. . . is central to its achievement.” Can the same be said of criticism? Is asking the right questions enough? It’s a start—but especially from a critic of Foster’s skill and stature, more answers might help clear some ice from the river.

“The Dark House of Gloria” by Artist Martine Johanna