In what is believed to be the first collaboration between an Earth-bound artist and an astronaut in space, photographer Roland Miller and engineer Paolo Nespoli have recorded the momentous journey of NASA’s International Space Station (ISS). The two have been working together during the last few years to document the current technologies and sights of modern space travel. They’ve shot extraordinary photographs of an ocean blanketed with clouds, the wire labyrinths lining the vehicle, and astronaut’s bulging suits and helmets.  “If you were to stand there and look at (the spacecraft), I’m hoping that this is how you would see it,” Miller shares with Colossal.

The project began after the photographer spoke with astronaut and chemist Cady Coleman, who encouraged him to share his vision and approach to the medium with those on the space station. While researching the possibilities for such an endeavor, he discovered that Coleman is an avid flutist and would carry several of the instruments with her during missions. She even performed a duet with Ian Anderson of Jethro Tull, while he was in Russia and she far above the earth, to commemorate the 50th anniversary of Yuri Gagarin’s first human launch. “And I thought, what if I did something like that? Maybe I could somehow work with an astronaut directly,” Miller says. 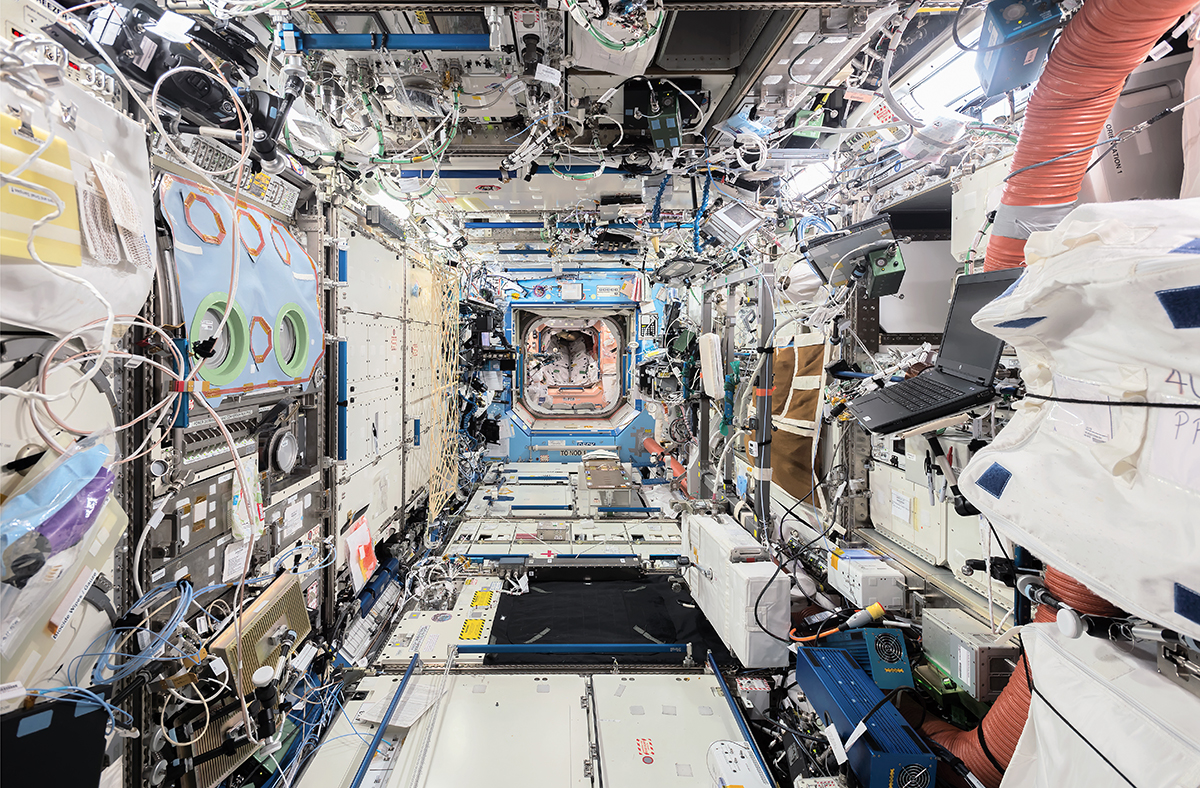 While a similar process executed simultaneously proved too complicated, the photographer decided on a unique collaboration utilizing Google Street View, which shows both the views inside and outside the ISS. “Not only could I use it to see what the station really looked like, but I could do screenshots of parts of it,” he says, a process that he ultimately used. Miller would capture different portions within the station or views out its windows and share them with Nespoli, who would then recreate the image during a mission.

Because the ISS was in a weightless environment with fluctuating light, many of the images astronauts typically capture utilize a flash, which Miller, who generally photographs using a very low shutter speed, wanted to avoid. “The first problem you run into is you can’t use a tripod in space because it just floats away, and the station itself is going 17,500 miles an hour. Just because of the size and the speed, there’s a harmonic vibration to it,” he notes. To combat the constant quivering, Nespoli constructed a stabilizing bipod and shot about 135 images with a high shutter speed, before sending the shots to Miller for aesthetic editing.

Now, the photographs have culminated in a 200-page, full-color book titled Interior Space: A Visual Exploration of the International Space Station, which already has passed its fundraising goal on Kickstarter and still has 17 days to go. Included in the forthcoming tome are essays by four experts, the celestial photographs, and some Earth-based shots, which Miller took separately at the Kennedy and Johnson space centers. These images range from scaffolding obscuring a Pressurized Mating Adapter to up-close frames of a portable water cooler that position the dials and buttons side-by-side with stickers chronicling previous missions. With a publish date of November 2, 2020, Interior Space will launch the 20-year anniversary of uninterrupted human habitation on the ISS. Preferring an abstract, documentarian approach, Miller strives to tell a broader story that integrates design, art, and science. “It makes it more visually interesting than just topographic recording of things,” he says, noting that he always layers his photographs with distinct elements. Miller explains his particular fascination with space artifacts and the ISS:

This is a very good subject for that because they’re really amazing, beautiful things and are very complex modules… If you look at Star Trek and people walk down these spacious, pristine, white-walled hallways with carpeting and nice lights, and then you look at what a real spacecraft is, and you look at that hallway with wires and cables and computers hanging out, and it’s just crazy, chaotic, a mess of stuff. I think it’s really good to show this is what it really looks like… This is the reality of space travel right now.

An ardent photographer for more than 30 years, Miller’s foray into the field began with a visit to an old launchpad at Cape Canaveral Air Force Station. He previously shot the NASA, Air Force, and Army facilities across the United States for his 2016 book, Abandoned in Place: Preserving America’s Space History. The collection contains a glimpse into the stations, launchpads, and other vehicles that have been deactivated, repurposed, and even demolished in recent years.

Until Interior Spaces is released, you can pick up a copy of Abandoned in Place from Bookshop and follow Miller’s work on Instagram. 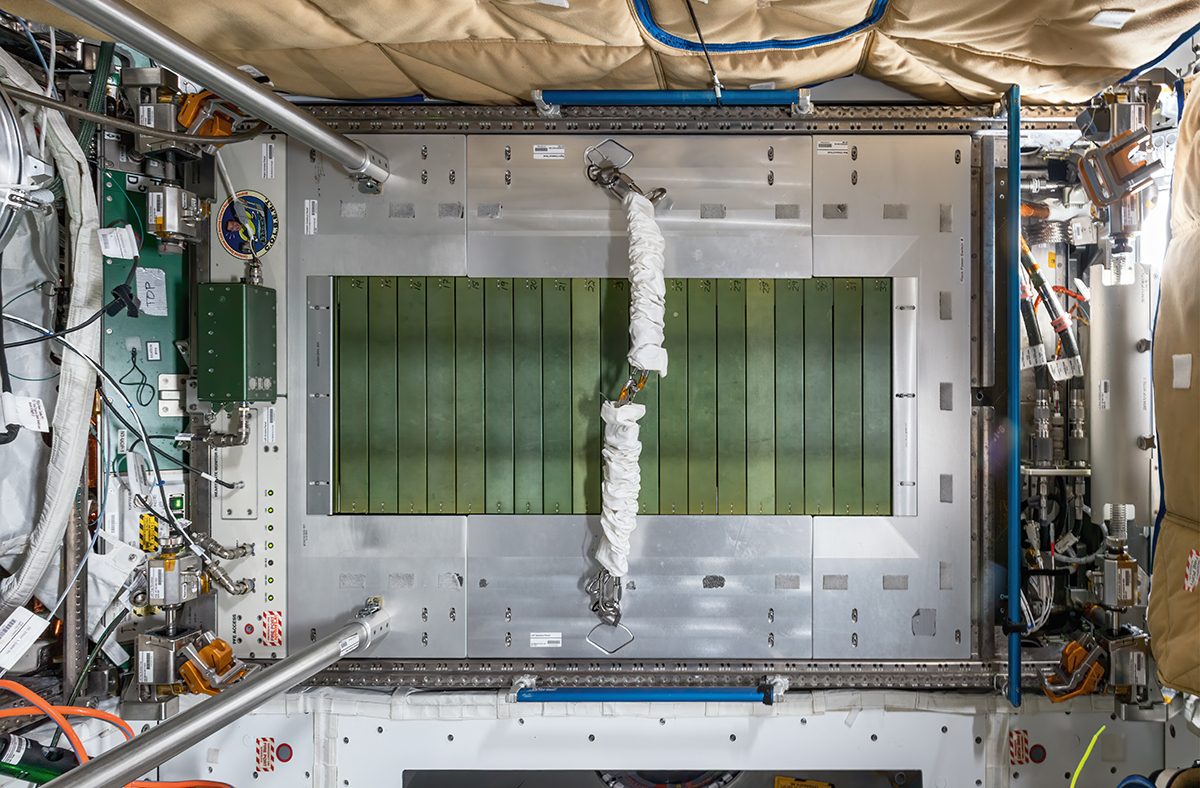 The 2022 Landscape Photographer of the Year Contest Captures Stunning Environments Around the U.K.