On Wednesday, Art Basel launched the second iteration of its revamped digital fair, “OVR,” which features six-work presentations from 100 galleries. In its first wholly digital endeavor, the fair placed a focus on work made in 2020. For this edition, named “OVR:20c,” Art Basel has spotlighted art made in the 20th century.

This second version of Basel’s online concept saw sales trickle in more slowly compared to its counterpart in September. In both editions, mega-galleries like Hauser & Wirth, David Zwirner, and Gagosian were absent from the roster of participants, making room for midsize and smaller local galleries from 23 different countries in this edition.

Blue-chip galleries with international branches like Lévy Gorvy and Blum & Poe were part of the lineup, though neither had confirmed sales during either of the first two days. Almine Rech, which has locations in Paris, Brussels, London, New York, and Shanghai, sold a 1998 piece depicting a floral still-life, Study for Mixed Bouquet by Tom Wesselmann, in the price range of $120,000–$150,000.

For smaller and midsize galleries, without the draw of an in-person event, Basel’s online fair is less useful for making quick sales than it is for launching long-term relationships, according to dealers. Some said that, through the platform, they were able to cultivate new clients and test the waters of the online art marketplace.

“As a gallery that specializes in highly curated exhibitions, the format of Art Basel ‘OVR: 20c’ has worked very well for us,” said Barbara Mathes, president of her eponymous New York gallery. The dealer sold a work by Dutch artist Jan Schoonhoven, known for his monochrome sculptural wall reliefs, in the first few hours of the fair to a New York–based collector. The gallery declined to report the sold price of the work, but it had been listed at a price of $50,000–$100,000.

Spiegler agreed with Mathes, saying that he had checked in on the first day of the OVRs with several galleries, who reported that they had kept busy, but were not sure whether their work would translate into sales. “A lot of these works are not impulse purchases by any means,” he said. “These works aren’t ones that people are necessarily going to buy without a lot of discussion with the galleries, especially because they’re not standing in front of it.”

“The smaller format forced us to think about Law’s work in an entirely new way as, firstly, his work doesn’t lend itself to the digital, being incredibly minimal in aesthetic content but rich in narrative,” said Niamh Coghlan, a director at the gallery. “To choose only six works out of a prestigious career which spanned 50 years … wasn’t an easy task.” 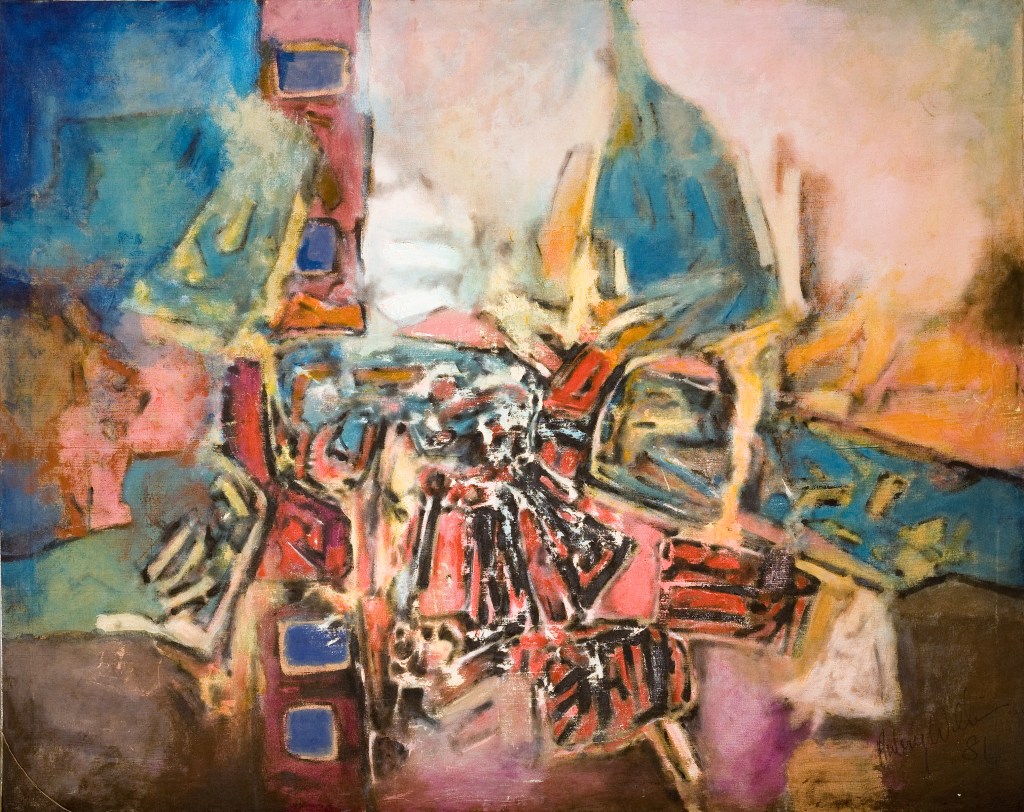 halley k harrisburg, a director at New York’s Michael Rosenfeld Gallery, concurred, saying, “Choosing only six works of art to present was a challenge but in the end, it forced us to be very intentional; we chose to work within a theme.” The gallery’s online presentation, “Figuring America,” features works by key American modern figurative painters like Milton Avery and Beauford Delaney.

A number of galleries decided to have their online presentations focus on works on paper. For its room, Galerie Lelong & Co., of New York and Paris, focused on the work on paper of six of the gallery’s artists, including Ana Mendieta, Hélio Oiticica, and Etel Adnan. Mary Sabbatino, the gallery’s vice president and partner, said that last month’s OVR had been a positive experience, and staff at Lelong expects this one to be similar. “We placed works with both new and existing collectors and I think that the concentrated presentations are appealing during this time of heavy online content,” she said.

Buenos Aires’s Walden Gallery sold out its presentation of works on paper by the late Paraguayan artist Feliciano Centurión, who is currently the subject of a survey at the Americas Society in New York (on view through November 20). The price range for the works were $50,000–$70,000. The gallery’s director and founder Ricardo Ocampo said that the gallery’s “interaction with customers has been a very good experience again.”

Elsewhere, Galeria Nara Roesler, which has spaces in São Paulo and Rio de Janeiro, and just announced plans to move its New York location to Chelsea, presented a two-person booth that put the 1980s work of modernist Antonio Dias in conversation with work from the 1990s by painter Karin Lambrecht. The gallery said it had sold several of Lambrecht’s works during the first two days of the fair, for prices in the range of $15,000–$30,000.

London’s Timothy Taylor sold a painting by Peruvian artist Jorge Eielson’s from his “Quipus” series, featuring works made from knotted and stretched canvas, for $65,000 to a London-based collector. New York’s Karma sold Gertrude Abercrombie’s painting White Cat and Red Carnations (1941) at a price between $100,000-$250,000. Abercrombie will be the subject of an upcoming solo survey at the Carnegie Museum of Art in Pittsburgh.

Jenkins Johnson Gallery, with locations in San Francisco and Brooklyn, sold three paintings by Guyanese artist Aubrey Williams, who was active in Britain in the 1960s and was a founding member of the era’s Caribbean Artists Movement, for prices between $25,000 to $55,000. Williams, who died in 1990, is the subject of a forthcoming 2021–22 retrospective at Tate Modern in London.

Tokyo Gallery + BTAP brought a showcase of works by postwar artists active in East Asia. The dealer sold Japanese artist Katsuhiro Yamaguchi’s 1958 mixed-media lightbox Vitrine and an abstraction by Korean artist Lee Ufan: From Line No.75087 (1975). (The gallery declined to confirm prices for those works, but had other paintings still available for upward of $100,000.)

“Art Basel’s Online Viewing Room has given us a unique opportunity to present large-sized works that are difficult to exhibit regularly,” Hiroyuki Sasaki, a director at Tokyo Gallery + BTAP, said. “We have received strong feedback and interest. We find that many viewers have become more accustomed to the online viewing experience.”

For other galleries, the online edition is serving as a key point of access to the global client base while pandemic restrictions persist. Vadehra Art Gallery in New Delhi sold Indian modern abstract painter Ram Kumar’s artist sketchbook of 35 drawings from 1961 for $100,000. Roshini Vadehra, the gallery’s director, said, “At a time when physical exhibitions continue to be challenging for us in India, and travel is restricted, the Art Basel OVR gives the gallery the opportunity to connect and engage with collectors globally.”