For “Touchstones,” ARTnews asks creative figures from different disciplines—writers, musicians, filmmakers, chefs, and so on—about one artwork that has inspired them.

Westside Gunn
Rapper, creator of albums including Pray for Paris and Who Made the Sunshine, founder of Griselda Records…

…on Caravaggio, David with the Head of Goliath (1610) [pictured above]

It was Virgil Abloh’s idea to use David with the Head of Goliath for my album Pray for Paris. When he was doing his Pyrex Vision clothes back in the day, he was using those kinds of images already. We thought we should take it back to the beginning because the year he started Pyrex was the same year I started rapping. When I had the opportunity to have him design a cover, I wanted him to take it back to what introduced me to him. And I felt like Pray for Paris would conquer hip-hop. It’s arguably one of the top three albums of 2020—it’s my favorite album of 2020! That’s what the image represents: me coming out and conquering and saying, “Hey, I’m here—there’s a new king.” And for the cover, Virgil brought the painting to life by putting my chains on it, which was dope. 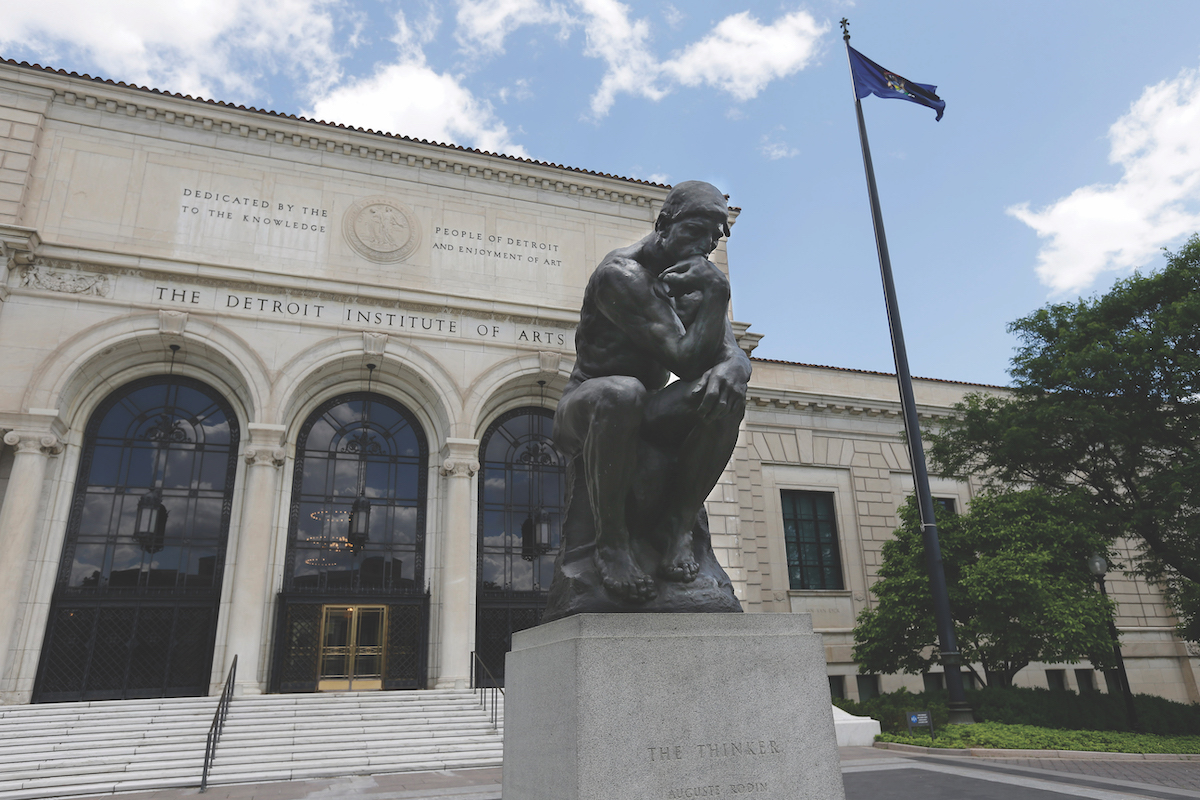 The first statue I ever saw was The Thinker, at the Detroit Institute of Arts. I was in the third grade. It seemed like it was 1,000 times my size, and I felt like he was the only giant I had ever seen. His feet were as big as I was. You could climb up on it and touch it. When I was in school in Detroit, we were taken to our district library every week. By the time I was in fifth grade, I knew it was by an artist by the name of Rodin. The Thinker has always been my favorite piece of art—and its sentiment could not be more timely today. Now that we are stopped, we need to think.

Marcus Samuelsson
Chef, creator of restaurants including Red Rooster and Marcus B&P, author of new book The Rise: Black Cooks and the Soul of American Food…

At Red Rooster in Harlem we’ve always wanted artwork in the restaurant that is meaningful. It’s part of the restaurant and is in dialogue with what makes the room. Having dialogues with African-American artists when we can—and being local—is important. Everything is about discovery—the food, the music, the art—and when we opened Marcus B&P in Newark, we wanted to tell a similar kind of story. I love Shoshanna’s work—there’s an incredible femininity around it that is really cool and is going to last. And it’s just like Newark: the culture, the conversations that happen, the jazz music all around. 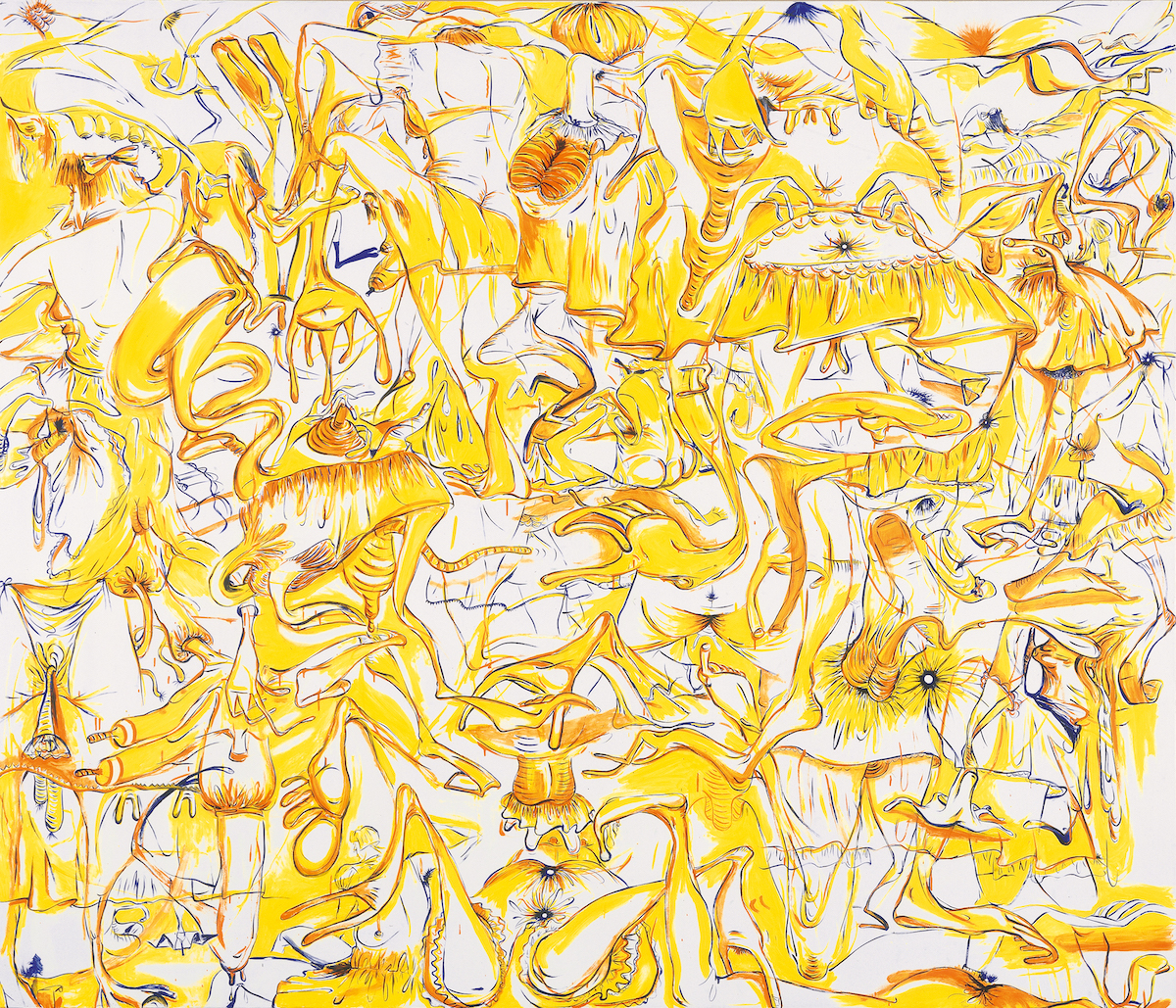 …on Sue Williams, Sunbathers in Buttsville (1997)

This painting has one of Sue Williams’s funniest titles. Her titles always seem like little jokes or Tweets or something. The work next to this one in the book I have about her is titled Testicle Flange on the Green. So much of her work seems to be about genitals. A lot of her focus has been on the body and sex—especially from a woman’s perspective—and how women see themselves and maybe how women think men see them. Her work is about being a sexual being and being terrified of it but also fascinated. She paints so well about sex—and it’s really funny, really scary, and really disturbing sometimes. 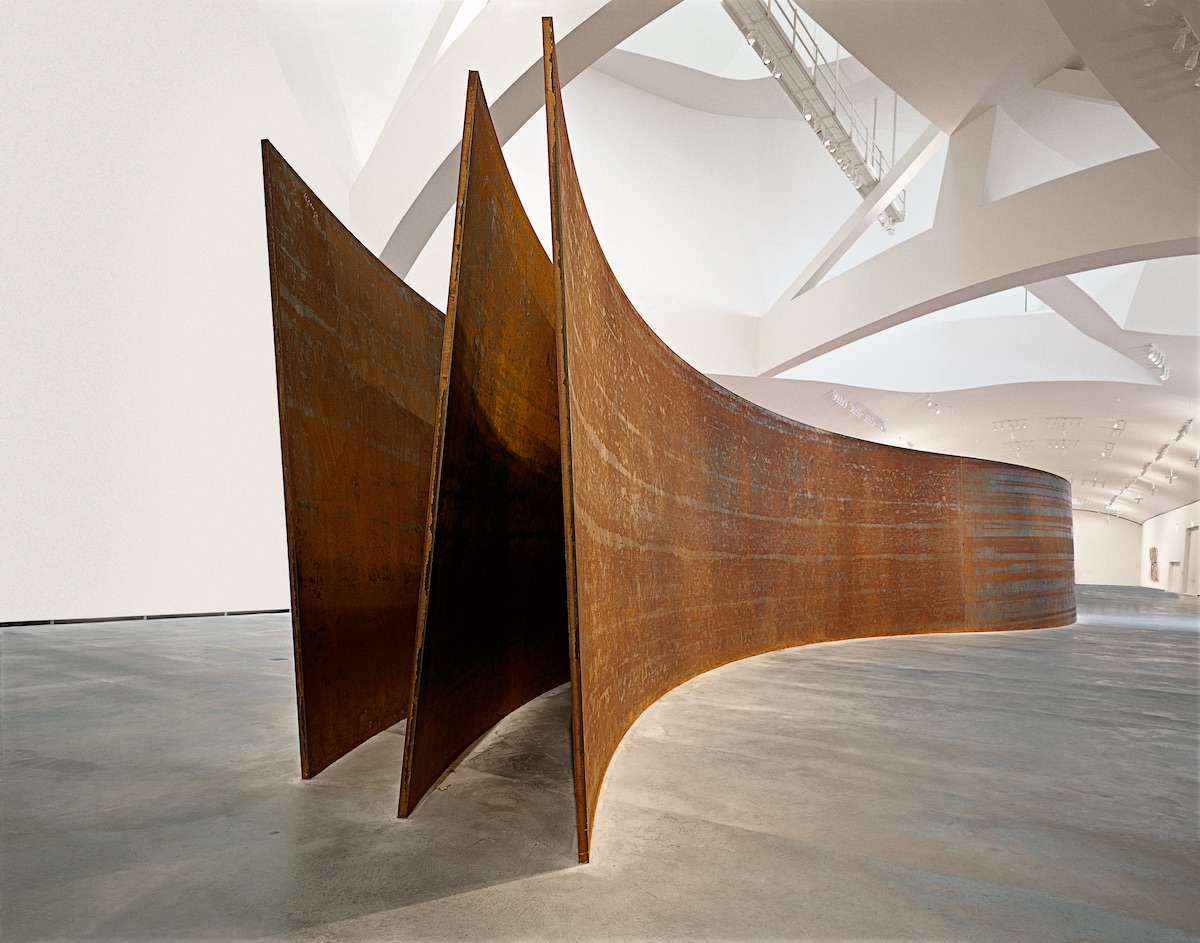 Bill Callahan
Folkie singer-songwriter, creator of albums including Gold and Shepherd in a Sheepskin Vest…

I was on tour and had some time off in Bilbao, Spain, so I went to the Guggenheim. I knew Richard Serra’s name but wasn’t really familiar with his work. Snake is important for me because up until I experienced it, I always thought that huge metal sculpture was kind of bullshit. I just didn’t understand it and thought it was something anybody could do. But then when I actually went and experienced Snake, I felt the power of it and how it changed the physical nature of my self. It had an effect on my biorhythms that I hadn’t experienced before. It really opened my eyes. I got a book about him after and looked at the other crazy stuff he’s done—it all seems pretty great to me. 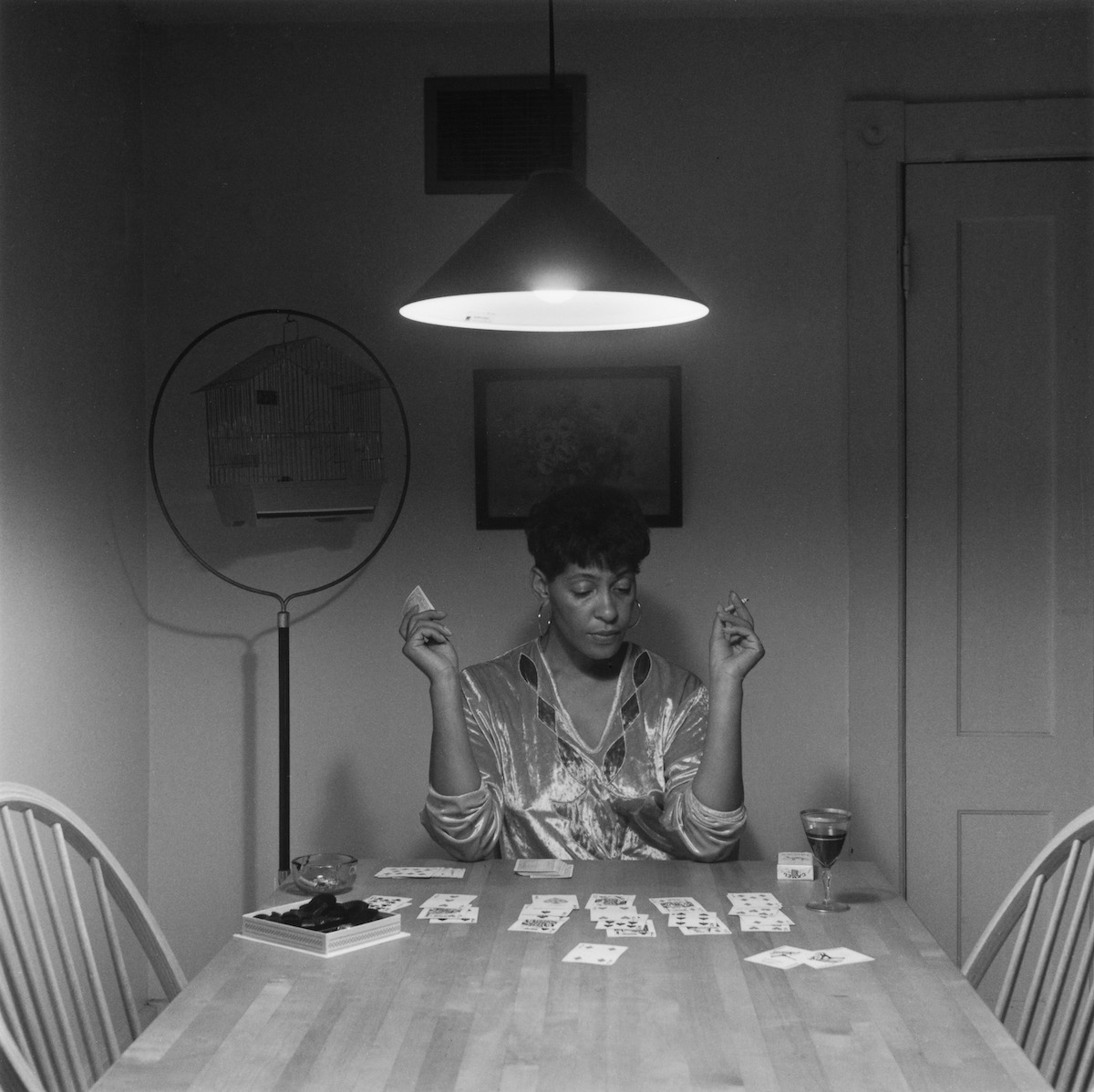 I love Carrie Mae Weems’s photography—love, love, love. I have been trying to buy some for years, but it’s so cost-prohibitive, as it should be. Anytime a Black woman can command that kind of money is a good thing, as long as we’re working within a capitalistic country. Her work is just so honest. She shows people as they are, and she knows how to capture Black womanhood in its many variations. I love this woman in solitude minding her own business and playing solitaire while enjoying a cigarette and a drink. She seems completely unbothered and enjoying herself and her home. 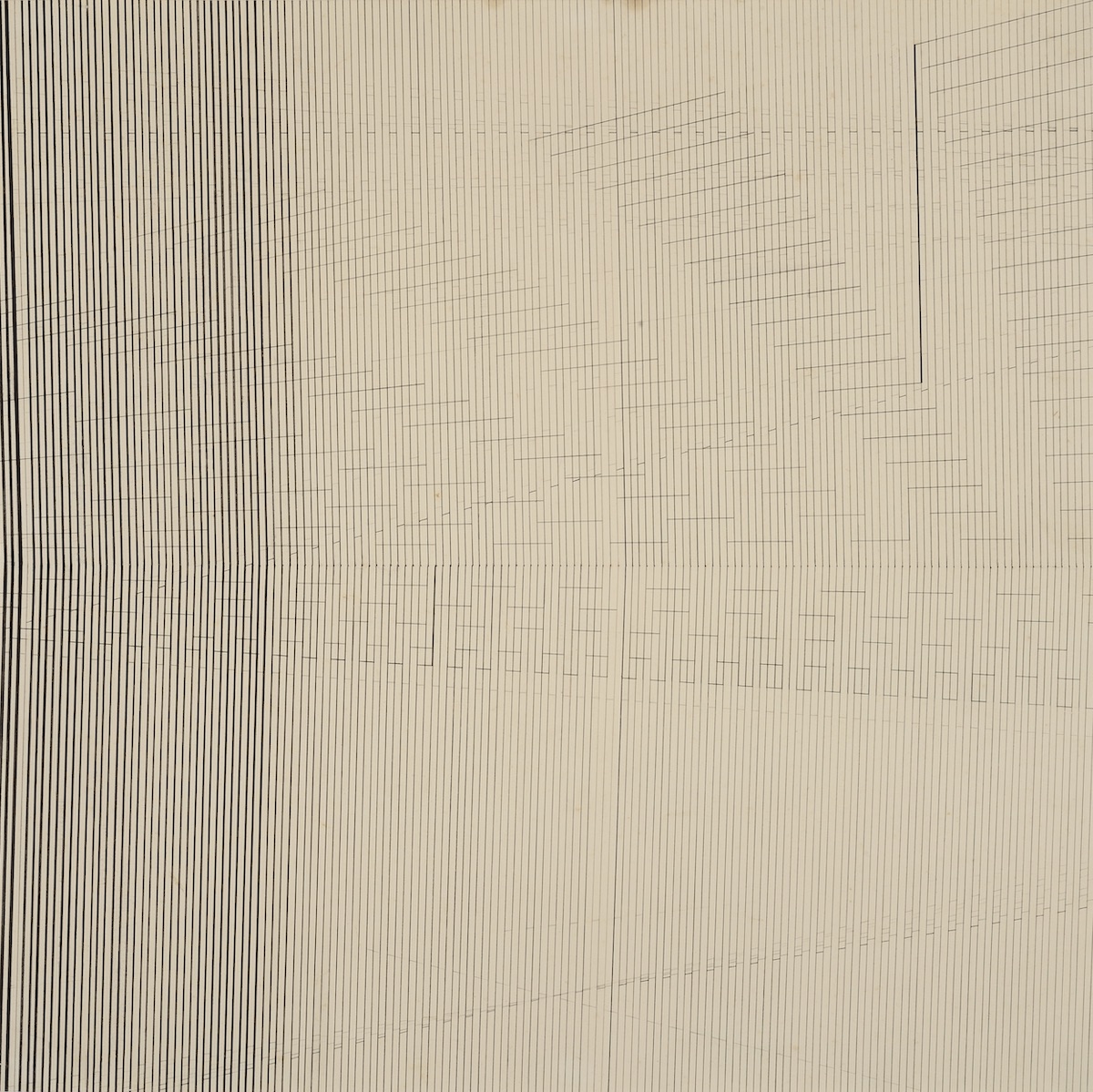 Vijay Iyer
Jazz pianist, creator of albums including The Transitory Poems and A Cosmic Rhythm with Each Stroke…

I first came across Nasreen Mohamedi when I was artist-in-residence at the Metropolitan Museum of Art. The curators there just rolled up on me one day and said, “Have a look at this”—and I was riveted immediately. You undergo a sort of sensory shock when you gaze at her work because it seems to contain some indication of the infinite. There are other artists who have achieved similar things, but the fact that she was a Muslim woman from India who predated a lot of similar movements in the West was revelatory to me. I read some of her musings that she would scribble down, a lot of introspective stuff about her process, and her language was revelatory too. I remember one phrase that jumped out, and at the time I was working with the legendary trumpet player and composer Wadada Leo Smith. We made an album in response to Mohamedi with that phrase as the title: A Cosmic Rhythm with Each Stroke. 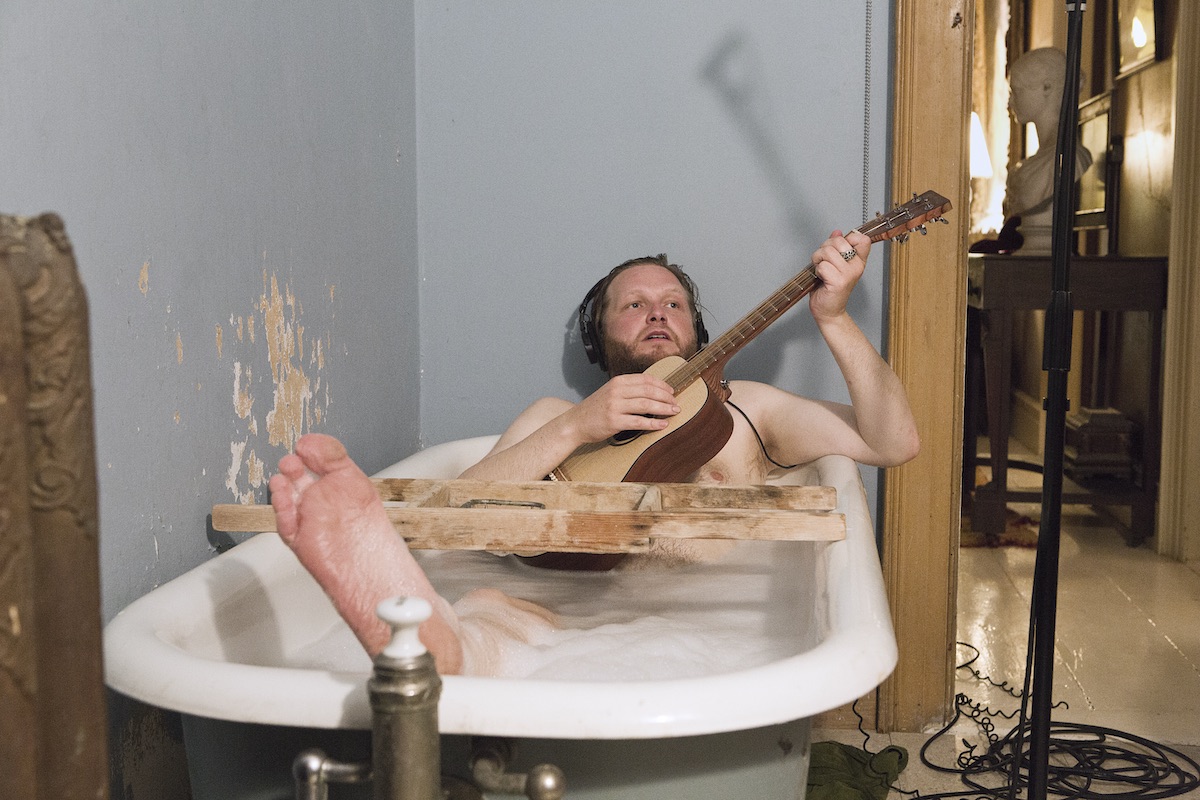 I saw The Visitors when it was at Luhring Augustine gallery in New York and remember it being so honest in its simplicity. In a way, it captured part of the Icelandic attitude—people being unafraid and doing stuff. It’s good to see an artist not taking himself too seriously or going too deep—even though it is deep. It cuts deep. I think music is in some ways the highest form of art because it’s invisible, and it’s integrated really well in this piece as a video installation with music that really moves you. 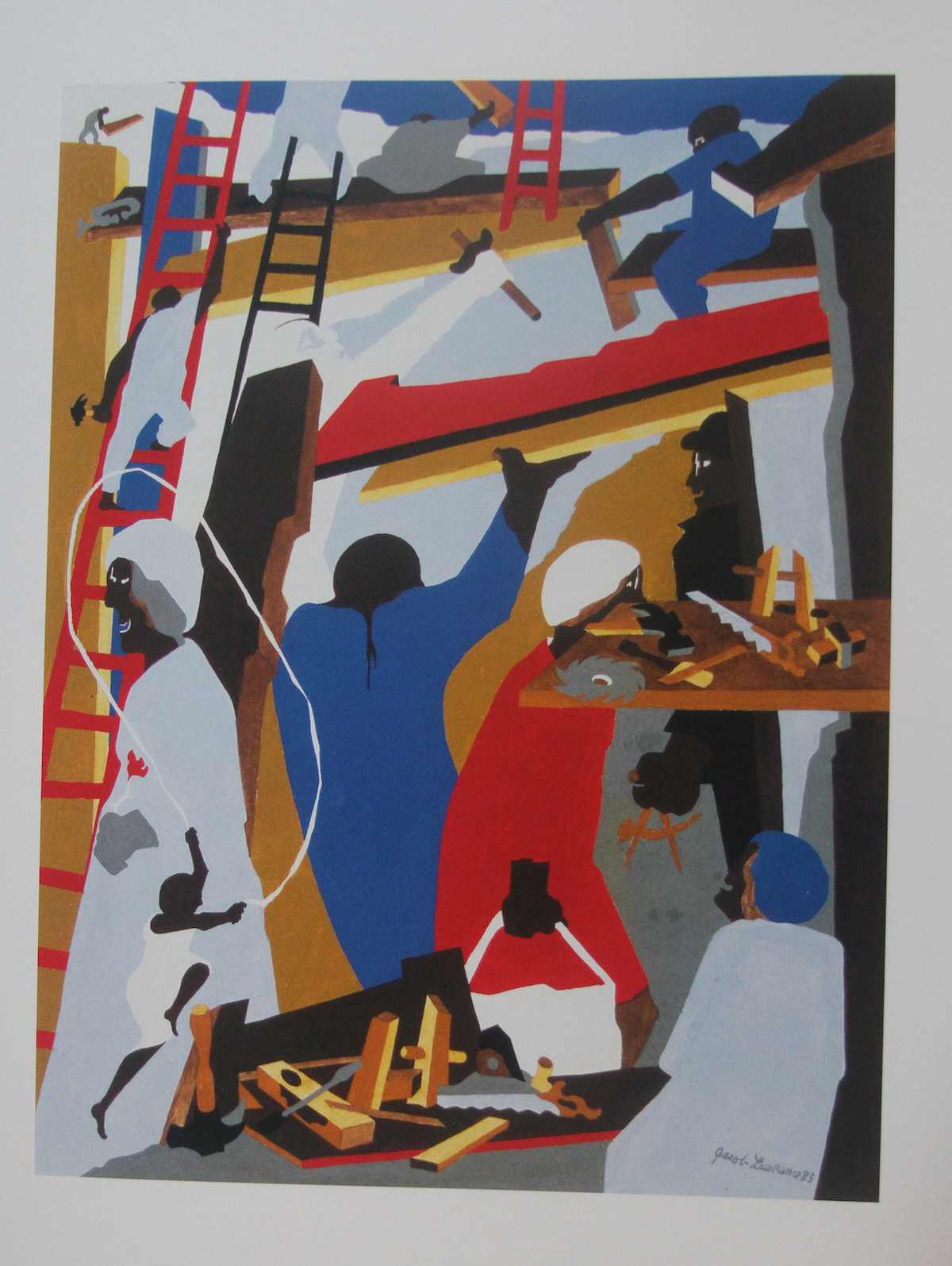 I was introduced to artists like Jacob Lawrence and Romare Bearden through my father, who was an avid art collector. We were working on a new biography of Malcolm X and, when he died in 2018, I had to finish the book. We worked really closely together and it was great because he had art around the house that I got to admire. I used to make fun of him and say, “This is not a house—it’s a museum!” What usually draws me to art are colors, and Lawrence really focused on color—bold, vibrant color. And the subject matter of this work seems to be the idea of building community and building family. When you look at it, your eye naturally goes up because of the ladders. And the little girl in the left-hand corner is jumping rope with her rope raised so high. To me it’s all about upward mobility.

The Best Terrarium Kits for Brightening Your Studio or Living Space