Printing as a vehicle for social change, and threats to books and libraries are the themes of Singapore’s pavilion at this year’s Venice Biennale, commissioned by the National Arts Council of Singapore. Approaching the subject through the lens of Venice’s centuries-old bookmaking industry, Singaporean artist Shubigi Rao—working with the curator and founding director of the NTU Centre for Contemporary Art Singapore (CCA), Ute Meta Bauer—will present the latest iteration of her ongoing 10-year film, book, and visual art project, Pulp: A Short Biography of the Banished Book (2014–present).

Rao’s art, texts, films, and photographs look at flashpoints in history as a means of examining contemporary crises of displacement, whether of people, languages, cultures, or knowledge bodies. Pulp centers on the history of book destruction, censorship, and other forms of repression, as well as the book as a symbol of redemption and resistance. 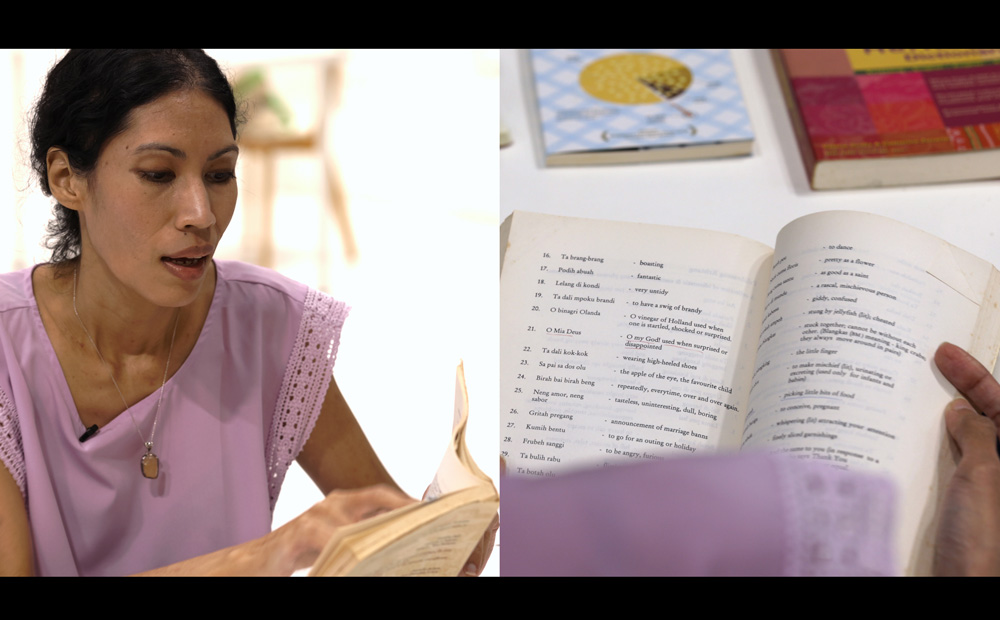 Film still: Writer Melissa de Silva reads aloud from a book of idioms in Kristang, an endangered language of the Malacca and Singapore Eurasian communities.

Taking the form of a book, a film, and a paper maze, Rao’s presentation for the Venice Biennale will explore the precarity and persistence of endangered languages and the critical importance of open access to knowledge.

Housed within the paper maze are 5,000 copies of Pulp III: An Intimate Inventory of the Banished Book—the third in a series of books to come out of the project—which visitors can carry away with them. The tome, which was written and produced specifically for the exhibition, brings together new research on Singapore and Venice as historic centers for print with insights gained during the first five years of the project. 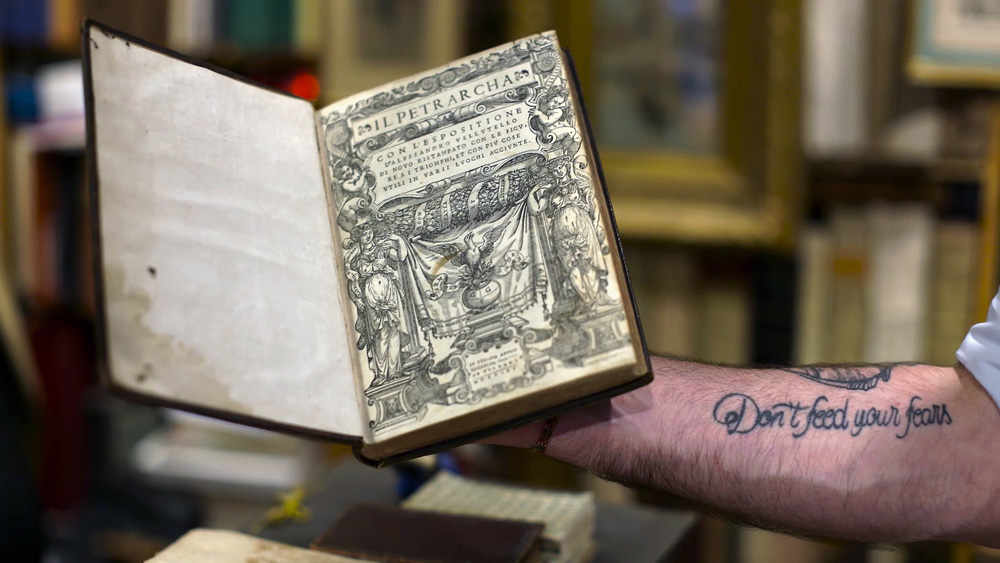 Rao was particularly interested in the history of printmaking in Venice because of the city’s relative tolerance for freedom of expression. “From the 15th to 16th centuries, Serenissima — the Venetian Republic — was a major center for print in Europe, with an estimated 25,000 editions produced by close to 250 print houses,” Rao explained. “[Here] publications could largely escape ecclesiastic and state censors, and the city attracted scholars and immigrants who would print their texts in scripts and languages from Greek to Glagolitic, the oldest known Slavic script. Books in Arabic, Hebrew, German, and French were widely printed here as well.

“Mass literacy movements — especially cheap forms of mass printing, like pamphleteering — remain important to many global social movements and struggles for equality,” Rao continued. “In the context of Venice, I became interested in [issues of] access. [The city’s] most famous printer, Aldus Manutius, invented the ‘formato in ottavo,’ portable books that measured an eighth of the original sheet of paper from which they were cut. Smaller and markedly cheaper than the cumbersome, lavish folios favored by the rich, these books were the precursor to the modern paperback as we know it. Manutius’s Aldine Press was revolutionary, as it popularized mass-market printed and bound books.” 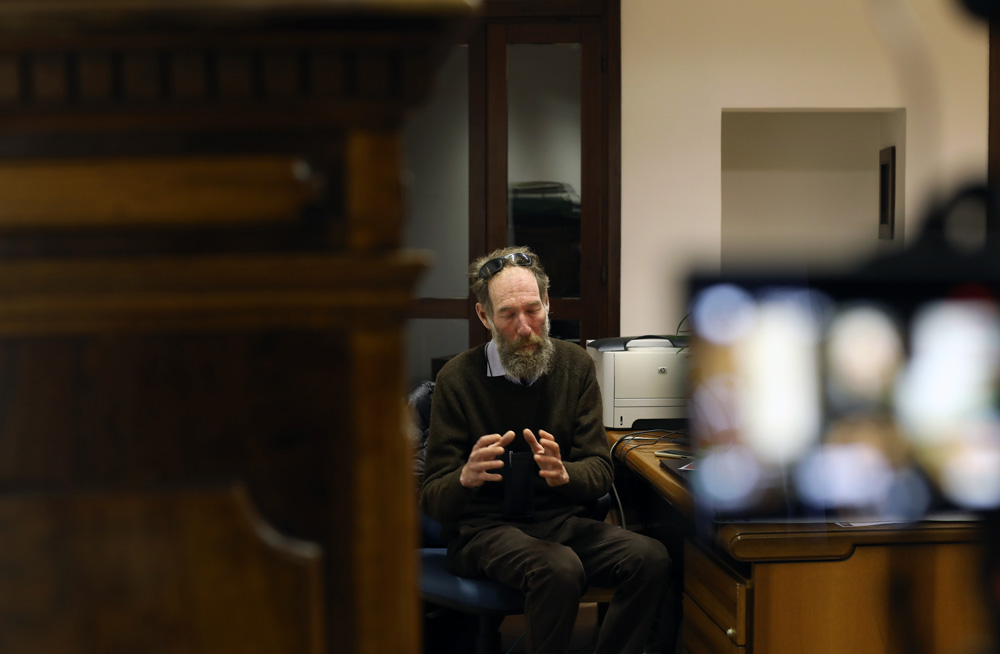 In addition, Venice is home to a number of diasporic communities, including a sizable population of Armenians, who have been active on the Venetian publishing scene from1512, the date of the first Armenian book printed in Venice, to today. They, too, appear in the film. “[It was] perhaps one of the most energetic print communities at the time,” Rao said. Venice continued to be a safe haven for the Armenian diaspora into the 20th century: After the Armenian genocide and forced emigration during World War I, Armenians sent their texts to Venice to be printed, as they had been doing for centuries.

“There are a number of key moments in history where the flowering of print often led to important movements for human rights,” Rao added. “And I have always been interested in the pluralistic nature of print centers and the roles they play in the development of social change.” In keeping with this interest, Pulp III: An Intimate Inventory of the Banished Book has been bound and printed in Venice by the community-based cooperative Grafiche Veneziane, which has a revered history of printing books and materials not only for individual artists but also for cultural institutions. 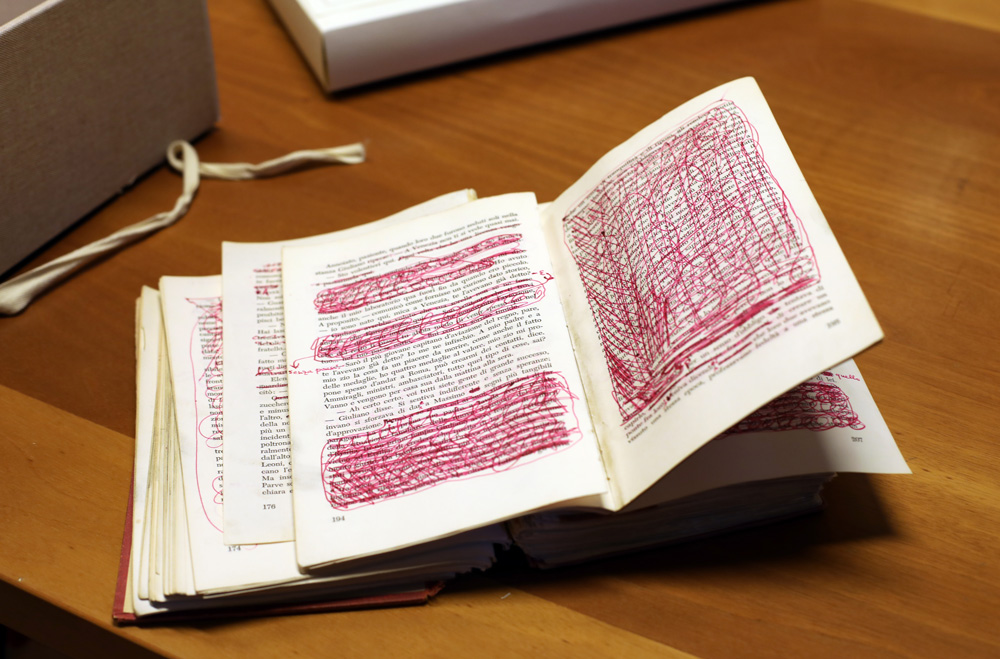 Complaint copy of ‘Venetian Red’, by P. M. Pasinetti, censored and renamed by him to ‘Amputations Bompiani’, in retaliation to a heavily-edited edition of his novel by his publisher Bompiani, Venice.

Bauer and Rao were selected to represent Singapore by a commissioning panel convened by Singapore’s National Arts Council (NAC), which chose the duo after a rigorous nomination and evaluation process. This year’s panel was led by co-chairs Rosa Daniel, chief executive officer of the NAC, and Ahmad Mashadi, head of the NUS Museum. Mashadi said of their decision: “[Rao and Bauer’s proposal] has a universal appeal and ability to connect with diverse cultural contexts, having been developed by the artist over her long practice across many locations. Both Rao and Bauer have exceptional records of practice one can describe [as] global, but critically grounded [in] Singapore.”

Said Bauer, “At a time where the world is experiencing great loss . . . the exhibition at the Pavilion fosters an appreciation for what it means to persist, to productively and meaningfully live together.”

The Singapore Pavilion at this year’s Venice Biennale opens on April 23, 2022.

“Head of the Lion” by Photographer Claudio Majorana

Collectors’ Toolkit: Why Is Art Finance a Growing Business?