In my work I am tracing patterns of personal, familial and social identity within the genre of black portraiture. In an effort to shift the overly simplified perceptions that my two disparate familial communities hold toward the other, I offer visual re-creations of both identities, personal family traits, and events. The experiences and narratives that manifest in each work are the result of combining several vernacular photographs into a compositional arrangement. The paintings display an accumulation and assemblage of disassociated objects motivated by my family’s compulsive repurposing of ordinary materials. I similarly repurpose these materials by incorporating them onto the surface of my paintings. Patterns are taken from commercial representations of the Caribbean and are meant to be easily identifiable, cliché, and at times, sarcastic.

The social imaginaries placed on these non-indigenous patterns and textiles satisfy North American desires for a mental state of ‘island life’ characterized by ‘island dress.’ The commercialized and mass-produced patterns serve as a mechanism for psychological transport to the Caribbean, an unspecified fictional location whose primary purpose is to serve its visitors as a space of escape and entertainment. Caribbean, and specifically Trinidadian identities are flattened and stripped of their historically transcultural and transnational complexities. In my paintings, I explore the island imaginaries through a personification of repetitive flora and fauna patterning, which sits in contrast to the emotional sincerity I convey through the human figures and expressions. My reverence for my hybridized community is conveyed through my portraits of the black body as individuals or groupings, the family unit or community gathering to participate in the everyday lived experiences.

A first generation Canadian with strong Trinidadian roots, Kareem-Anthony Ferreira uses large scale paintings, black portraiture, non indigenous patterning and mixed media collage to explore cultural divergence between displacement and indigeneity; divided, yet rooted in multiple places at once. Ferreira has shown internationally in North America and the Caribbean. He earned a BFA from McMaster University in Hamilton Ontario, and an MFA in the painting department at the University of Arizona. 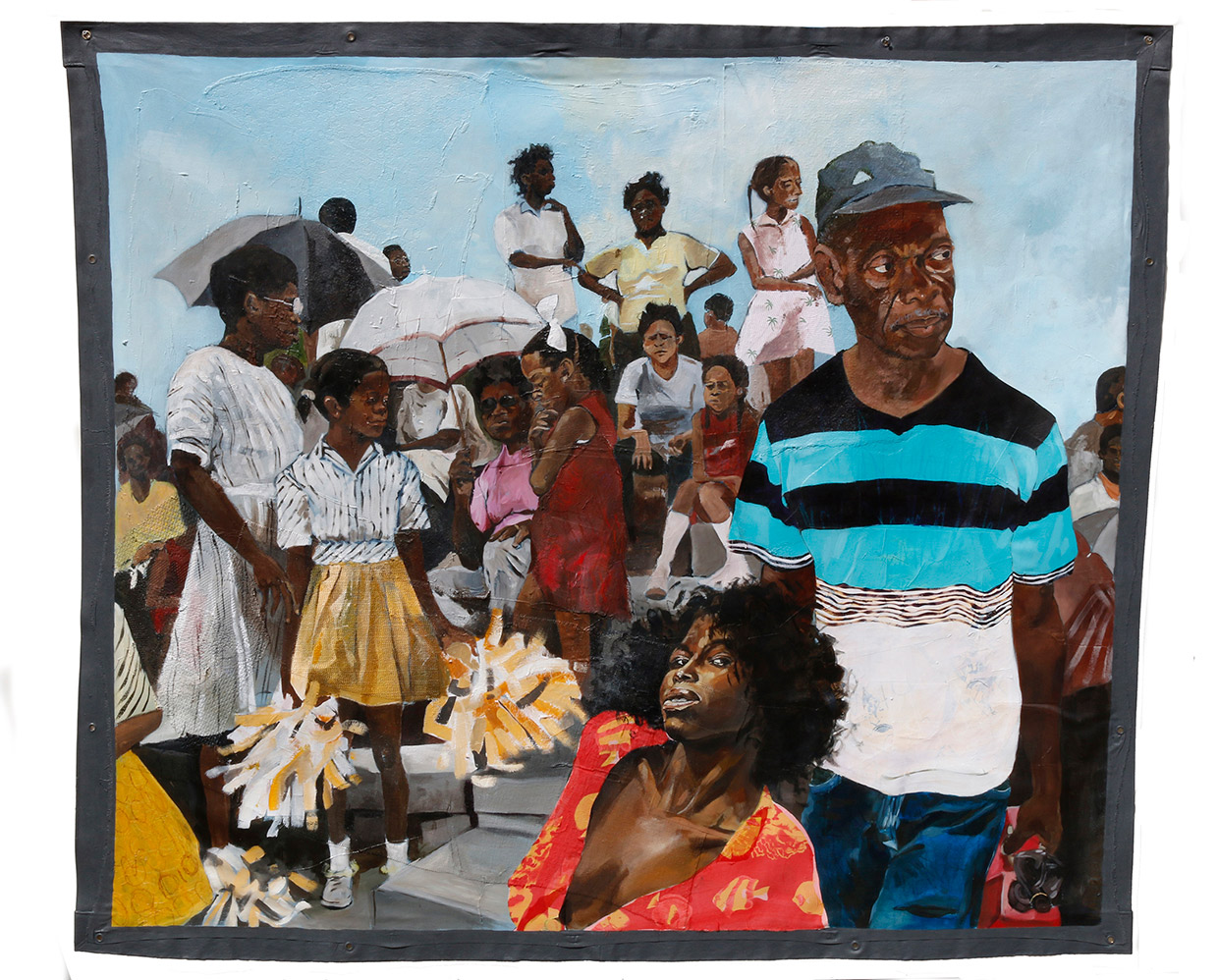 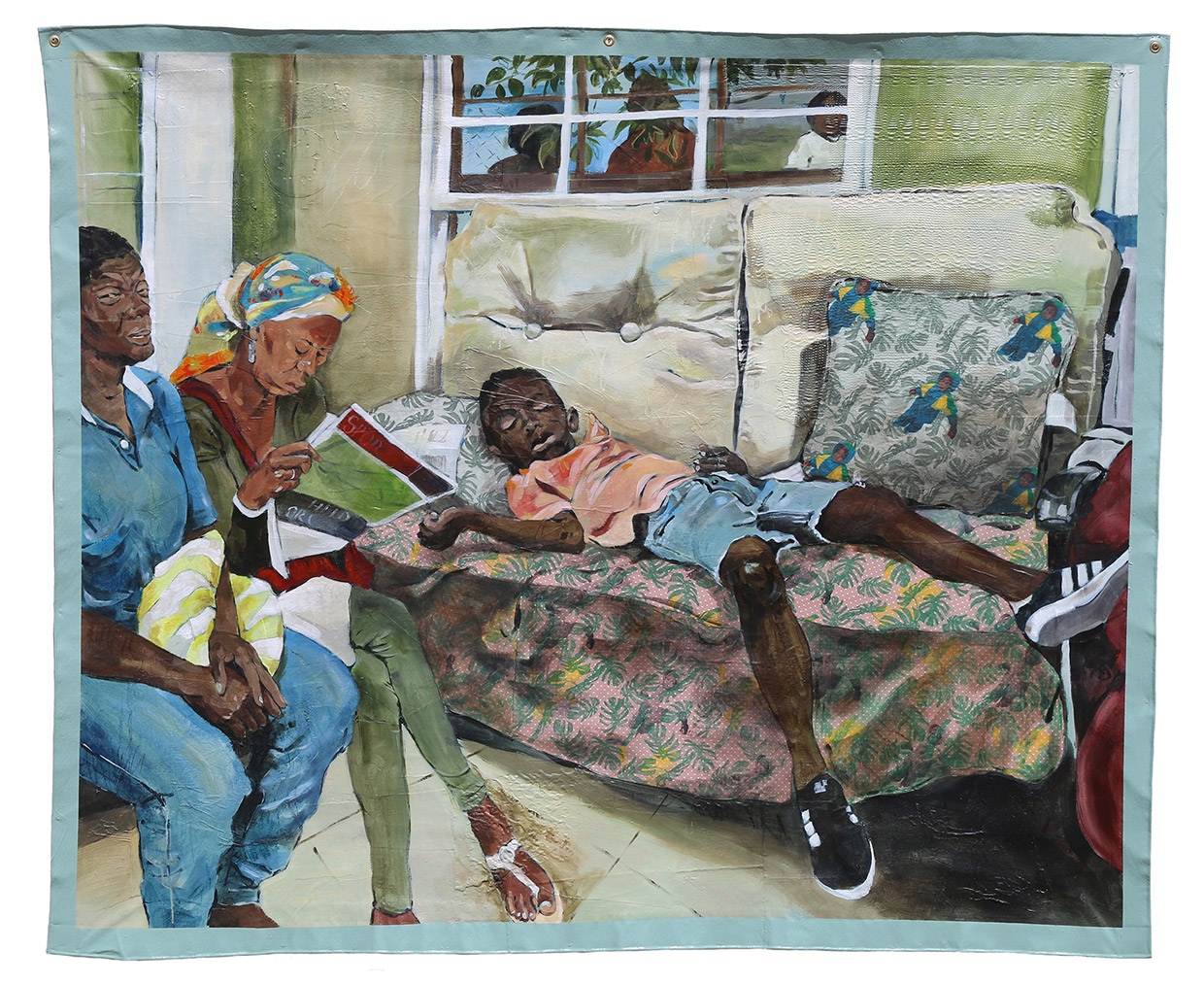 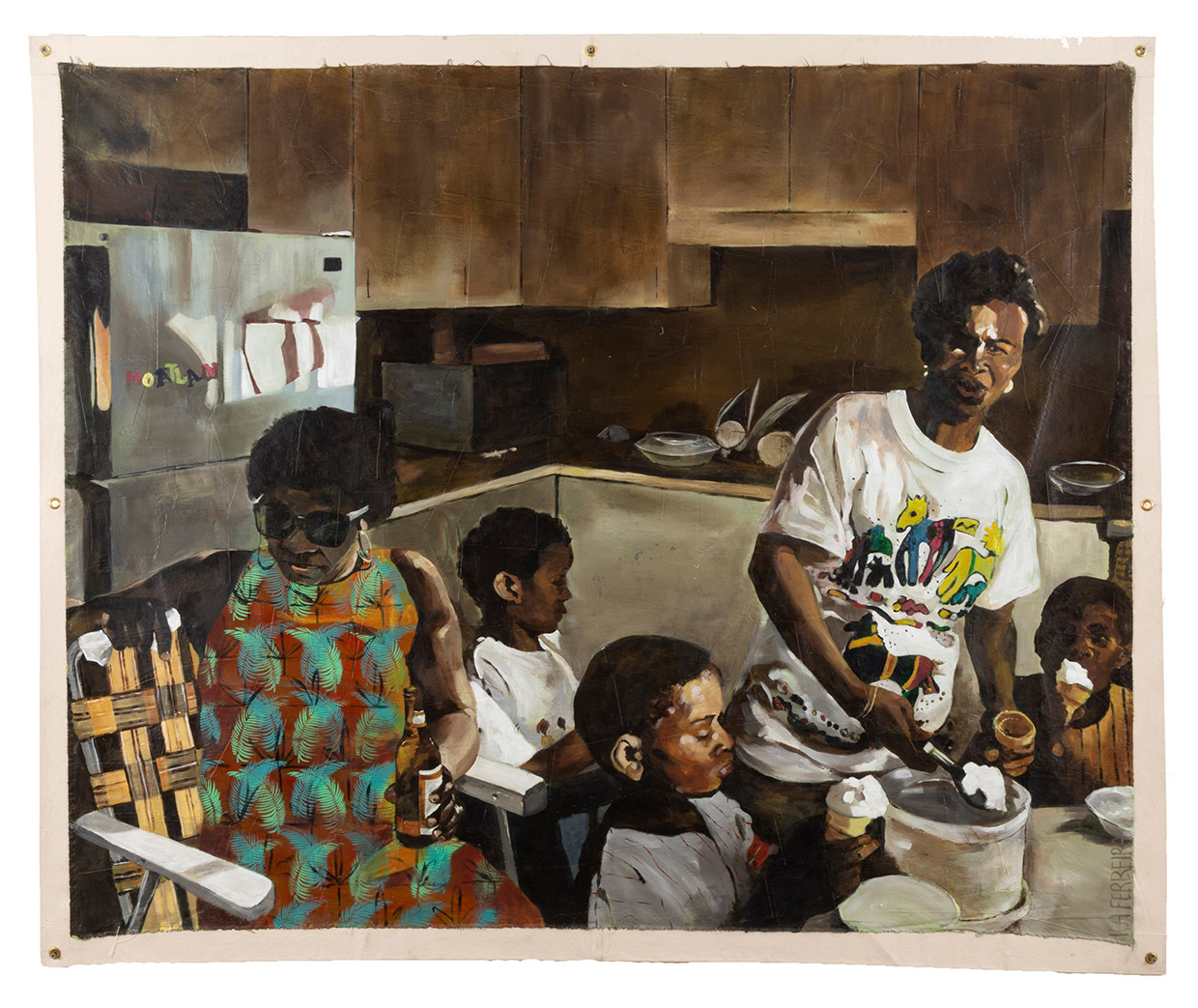 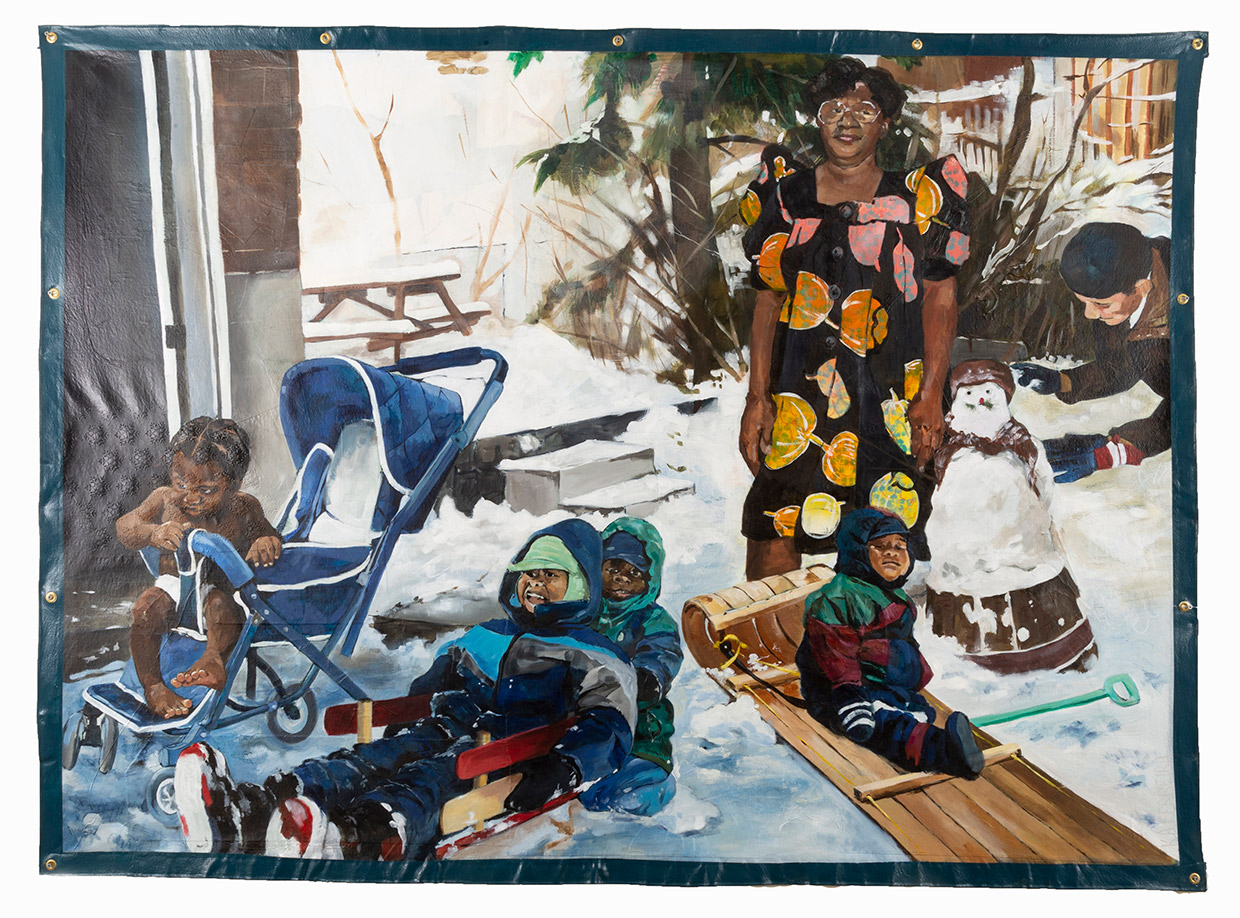 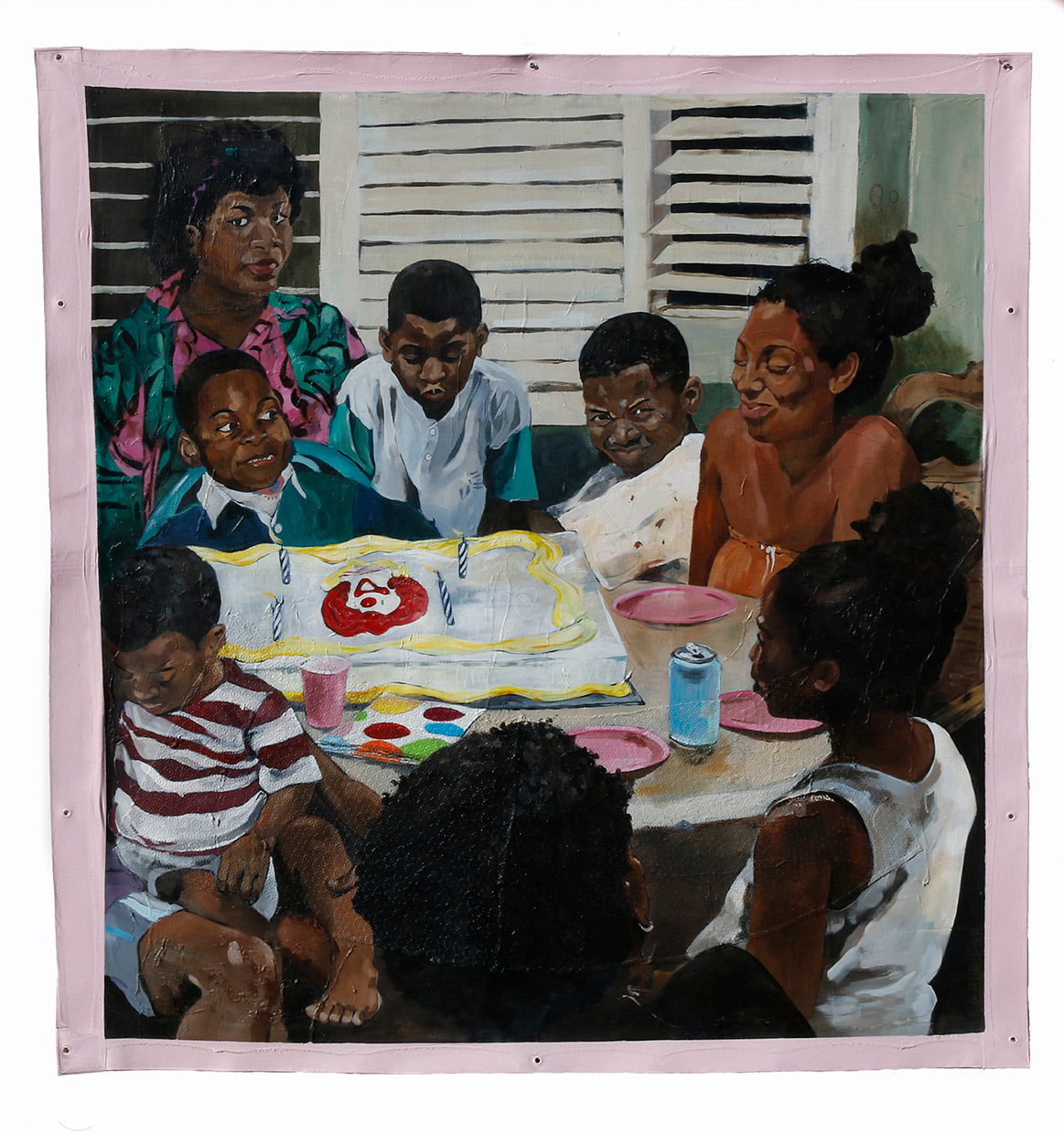 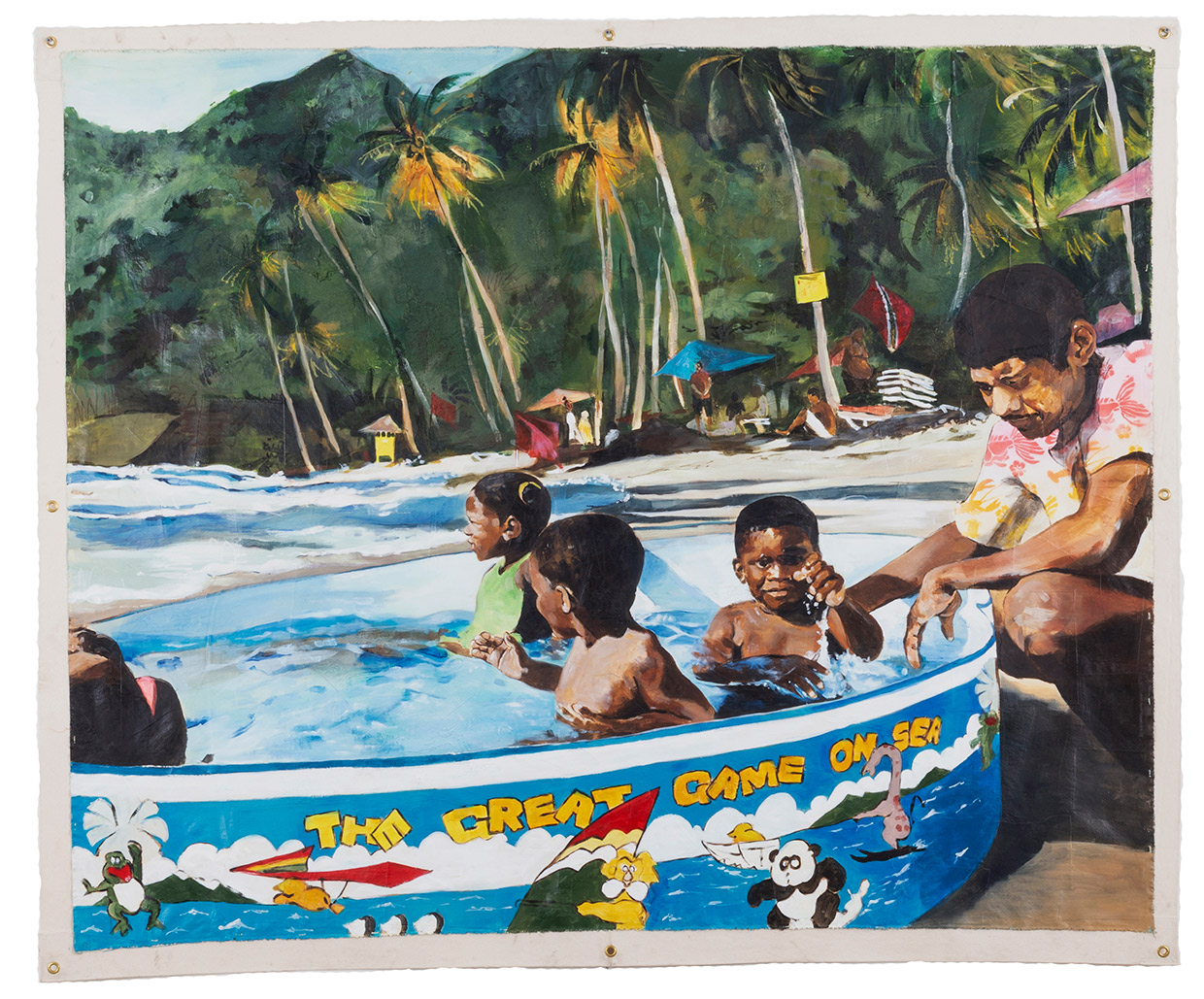 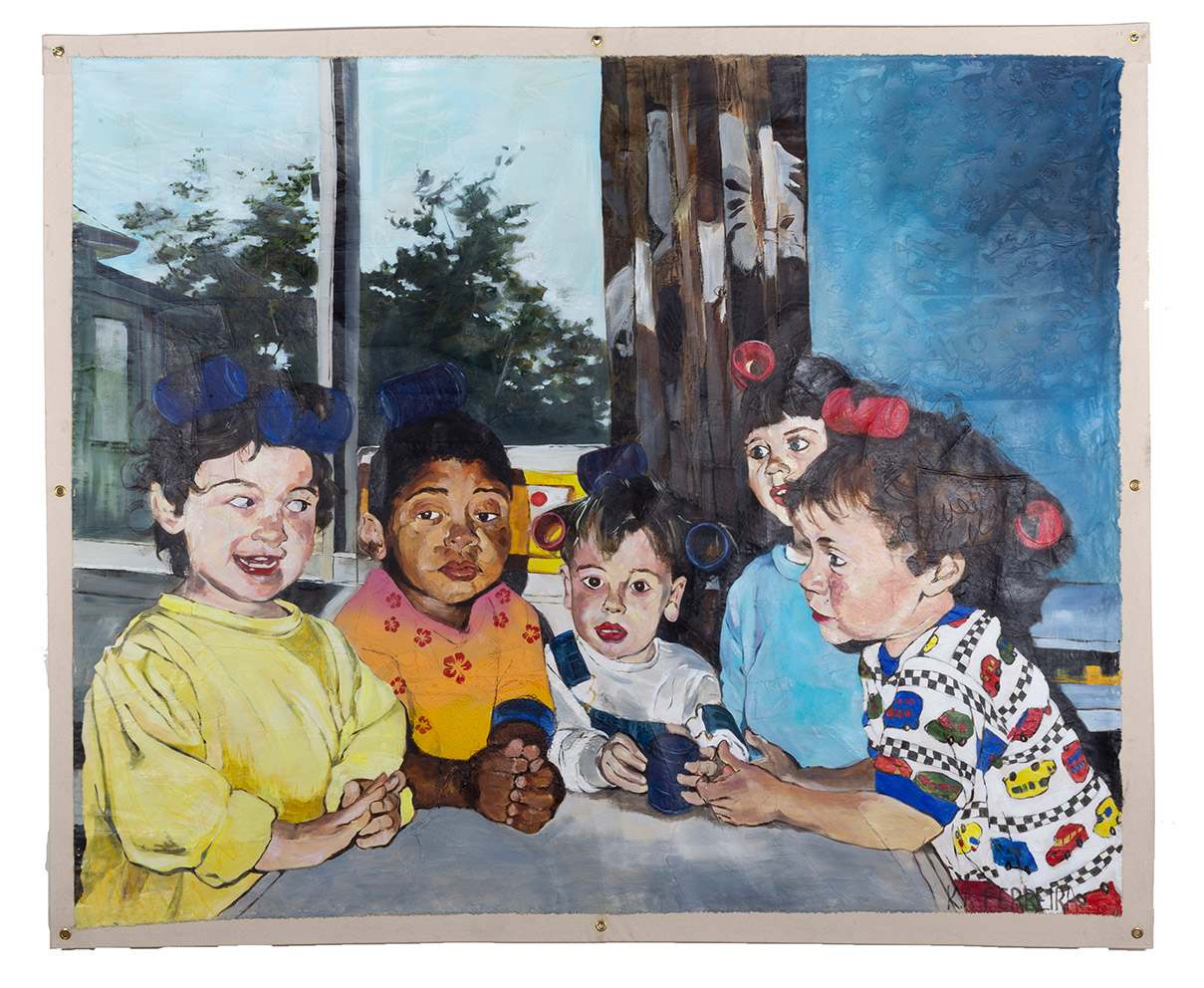 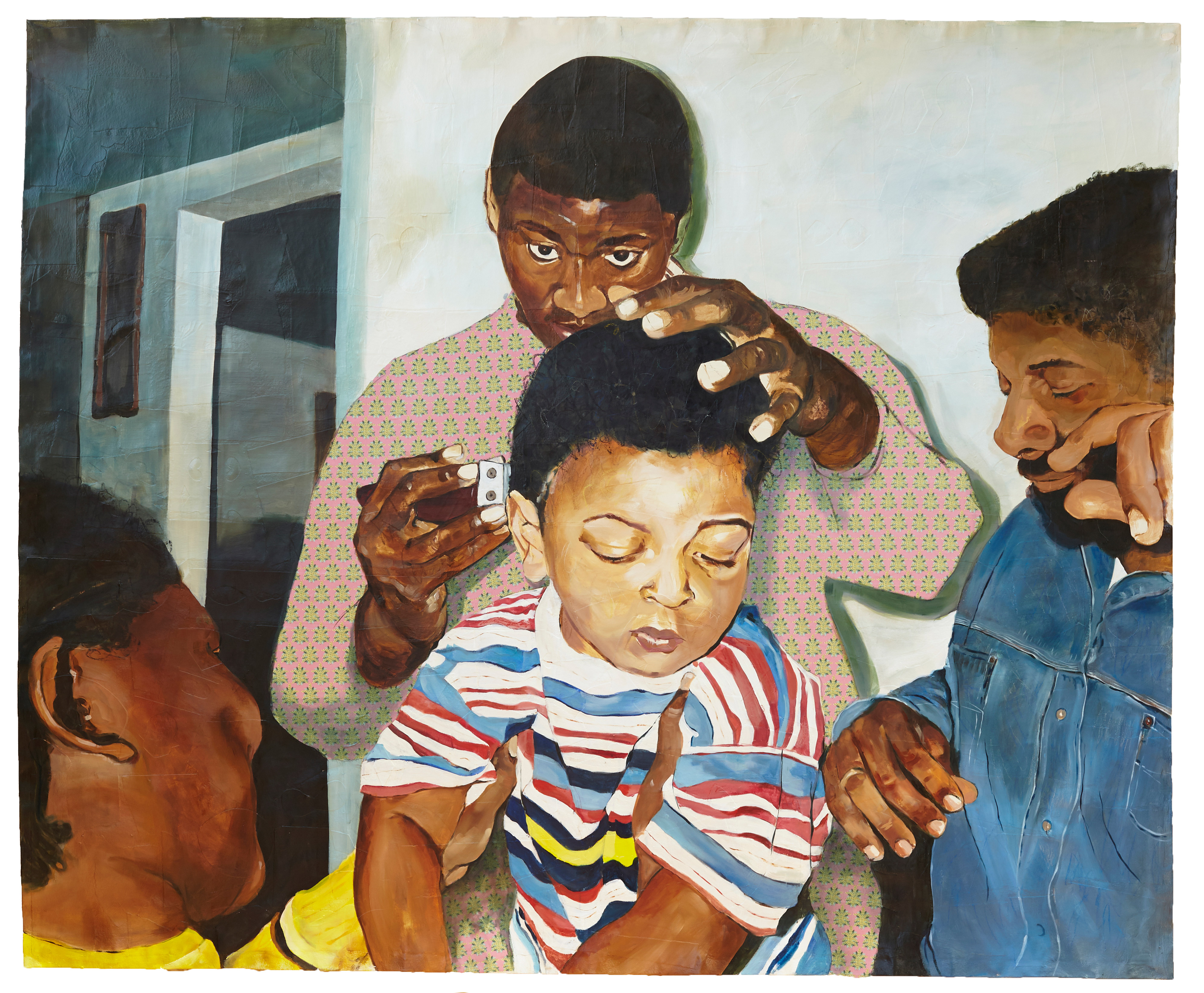 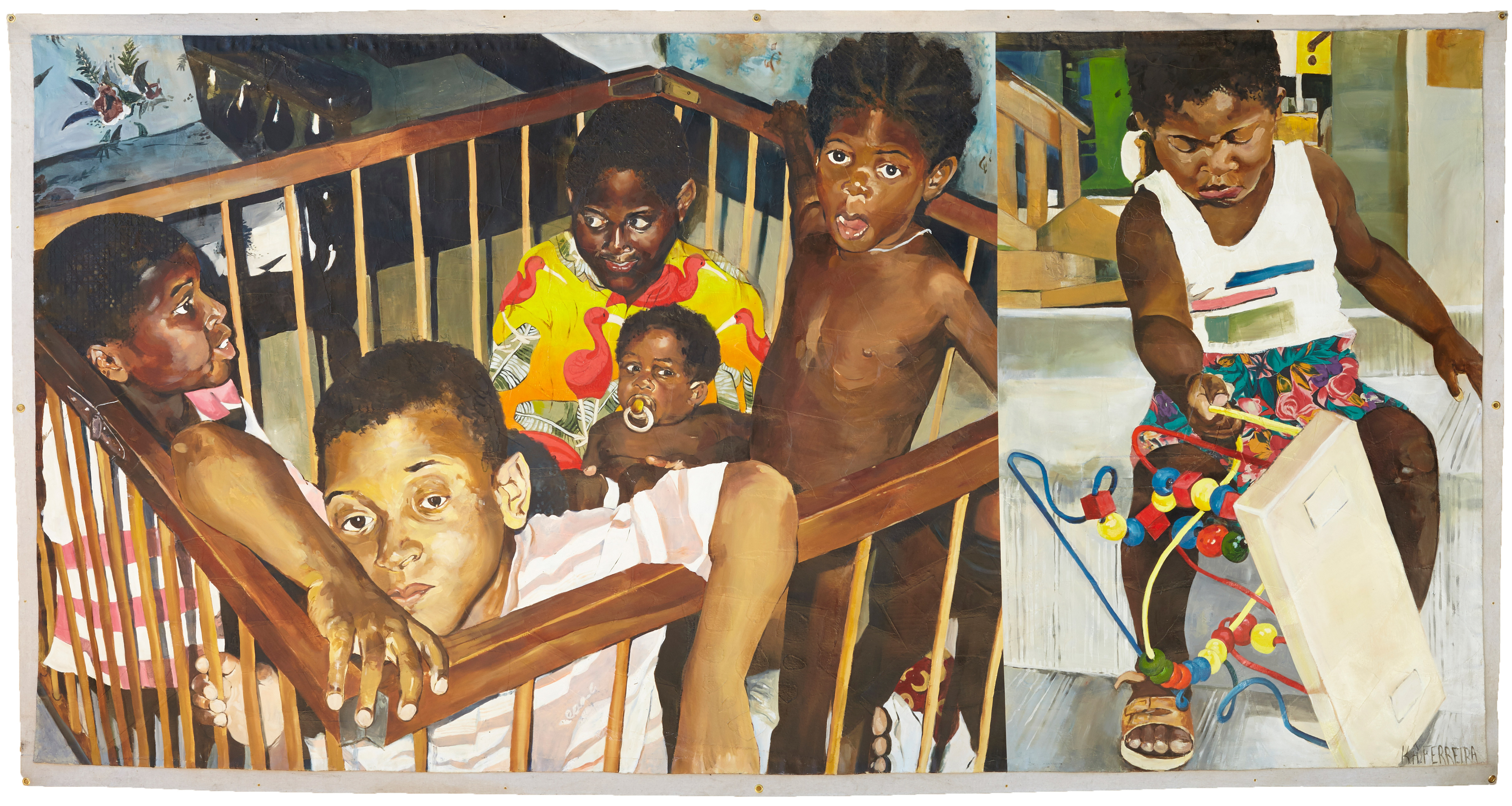 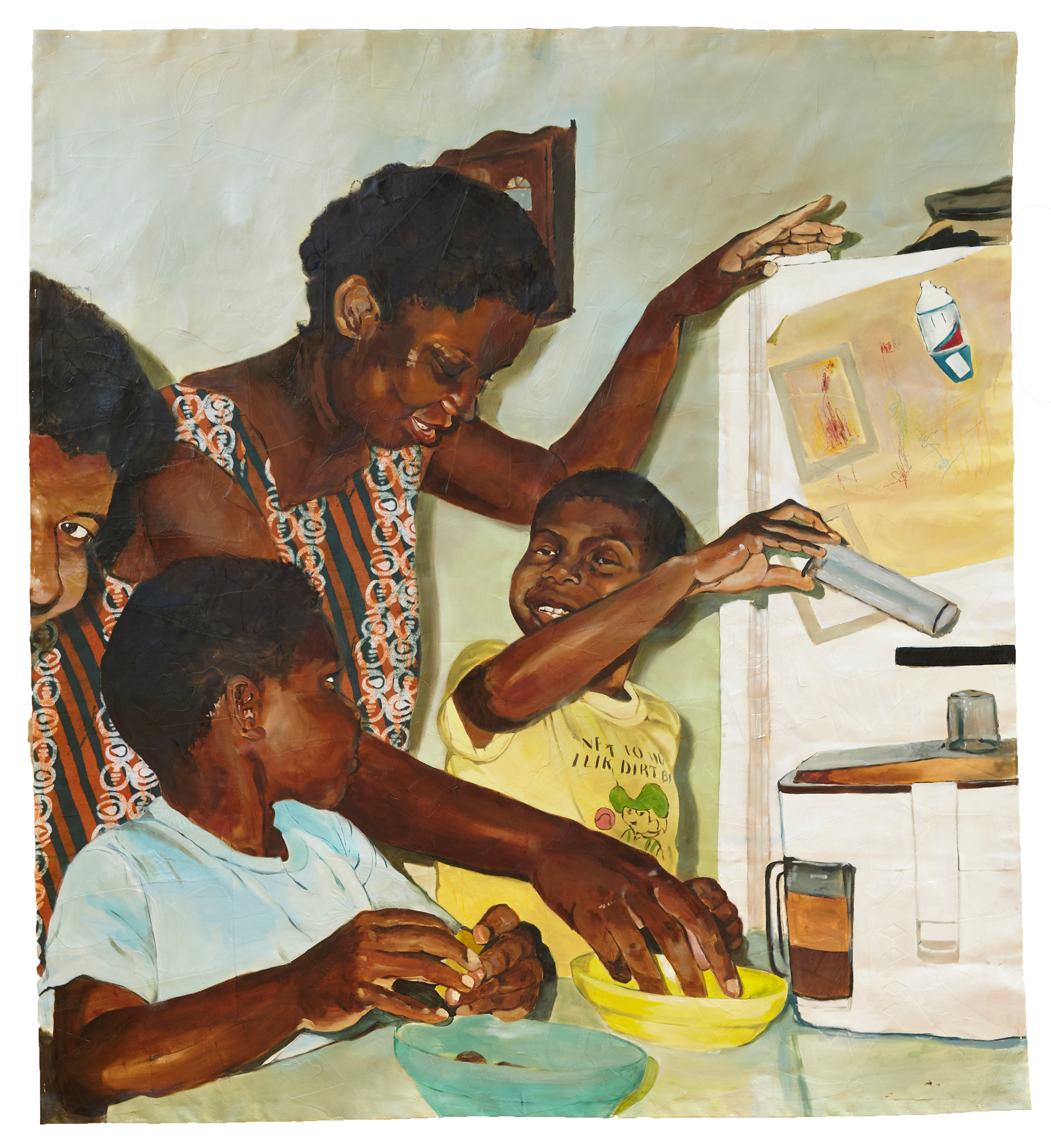 “We Are the Ones Turning” by Photographer Ana Zibelnik