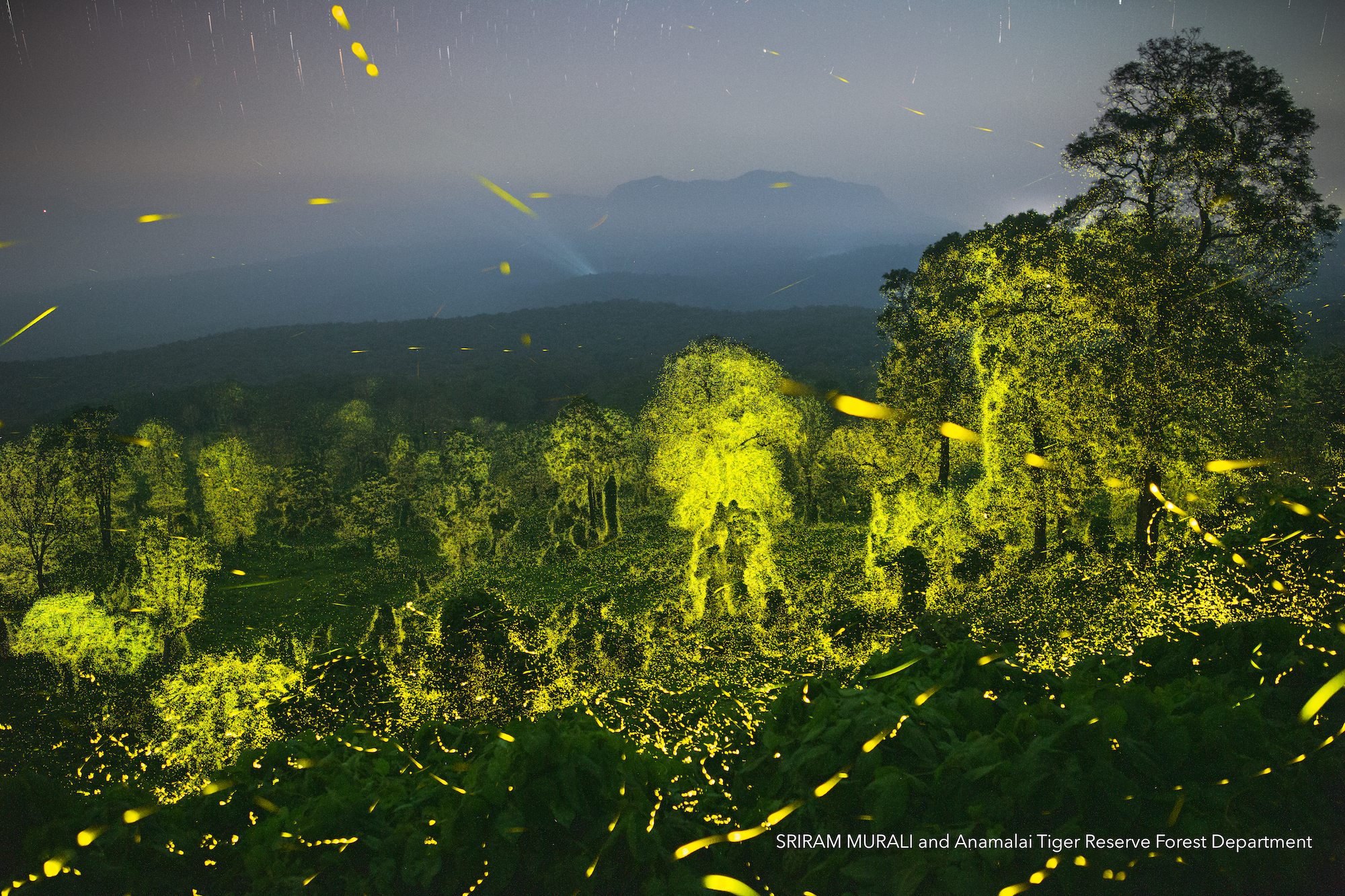 In many parts of the world, a warm summer evening sets the stage for a familiar sight: the lightning bug. Through a phenomenon called bioluminescence, these winged beetles are able to generate chemical reactions in a part of their abdomen known as the lantern. Of more than 2,000 species found throughout the world, only a handful coordinate their flashes into patterns and are known as synchronous fireflies. Photographer Sriram Murali captured a rare gathering of billions of these insects at the Anamali Tiger Reserve in western Tamil Nadu, India.

Through a combination of moving image and time-lapse photography, Murali recorded countless specimens amidst the trees as they produce glowing pulses, which relay across the forest in expansive, wave-like signals. The color, brightness, and length of the light emitted is specific to each species, and as a part of the insects’ mating display, it helps males and females to recognize one another. Darkness is a necessary ingredient in the success of this ritual.

For the past ten years, Murali has been working to raise awareness of light pollution through a series of documentaries. Focusing on the reserve and its nighttime fauna, he hopes to highlight the significant role that darkness plays in the natural world. He has been collaborating with scientists and forest officials at the wildlife reserve as part of a project spearheaded by Deputy Director M.G. Ganesan to study the ecology of the park and identify the different species of firefly present there.