In the popular imagination, home movies are rather like opinions: everyone has them and they are usually lousy. Such films conjure a series of unflattering associations, from the embarrassing footage on “America’s Funniest Home Videos” to endless vacation reels to birthday party documentation ruined by an errant thumb on the camcorder lens. Home movies are bad films produced by bad filmmakers, their value largely sentimental.

The Museum of Modern Art’s Virtual Views: Home Movies, the first in a series of online exhibitions organized by the museum in the wake of COVID-19, challenges this perspective.  The exhibition is an adaptation of “Private Lives, Public Spaces,” a sprawling survey that opened at the museum in October and that featured over two hundred digitized reels of amateur films from MoMA’s collection, nine of which are included in this virtual sampler. Positioning these films as a body of work worthy of critical reflection and appreciation, these exhibitions lend MoMA’s institutional ballast to a small but growing movement in film scholarship to do for home movies what historians of photography have done for the snapshot. As curators Ron Magliozzi and Brittany Shaw explain in an accompanying video, How to See: Home Movies, the genre accounts for most moving images made in the twentieth century, constituting a vast “people’s cinema” capable of providing a rich and poignant visual history from below.

The show’s premise is compelling, but the delivery is imperfect—understandable for an exhibition assembled quickly and under difficult circumstances. It is not entirely clear how the curators selected the nine films included in the online exhibition, and whether they are being highlighted as exceptional, or representative, examples of the form. The opening section, “Celebrities, ”featuring movies by Salvador Dalí, composer Aaron Copland, and cinematographer Henry Sharp, is a perplexing beginning for an exhibition dedicated to celebrating an expressly popular form. Though technically a home movie, Dalí’s 1954 film reads more as an extension of his formal artistic practice, consisting of a series of surreal self-portraits. Sharp’s “Spanish People at Pickfair” (1929), meanwhile, resembles a Hollywood casting call, featuring Sharp’s famous friends Charlie Chaplin and Mary Pickford playacting for the camera. 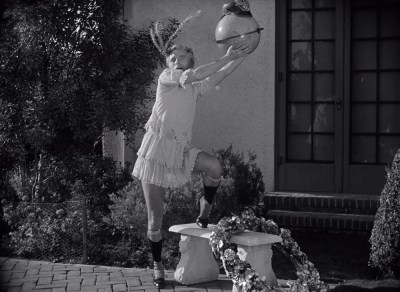 There are enjoyable moments to be had here: who can resist Dalí’s impish smiles or Chaplin’s slapstick? But in opening with “Celebrities,” the exhibition risks suggesting that home movies should be evaluated by the standards of fine art or Hollywood, a framework that seems at odds with the show’s mission to evaluate a vernacular form on its own terms. The theme is also somewhat unimaginative: it is not surprising to learn that professional artists took to home movies and did so with above-average skill and care. Similarly predictable is our capacity to be drawn in by amateur films featuring professional stars. What is Instagram, or Warhol’s Factory films (themselves a sort of home movie) if not proof that banal activities can become captivating when carried out by the beautiful or charismatic.

Discovering the pull of nondescript films is of much greater interest here. The exhibition picks up in part two, “The Experience of Place.” While two of the films are unattributed travelogues—a 1927 reel capturing a group of friends camping in Canada, and a sequence of vignettes shot in New Jersey’s Liberty State Park in 1981—the standout piece, “Sixth Avenue—Subway—Post” (1944/45), comes from a professional filmmaker, Charles L. Turner. His credentials are hinted at in the movie itself, which documents his commute from Manhattan to the Army Pictorial Service in Astoria, Queens, where he served during World War II before resuming his career in commercial film.

This pedigree raises the question of whether “Sixth Avenue—Subway—Post” can be truly considered “amateur”—a term the curators would do well to define—even if it is far plainer than the typical professional production, with few frills and zero celebrity cameos. A straightforward account of a basic routine, the film shows how even the most ordinary subjects can grow remarkable over time. Viewed today, it offers a rare glimpse of life during World War II, and a vivid time capsule of 1940s New York City. Here are portraits of young soldiers and secretaries, now elderly or deceased. Here are pencil mustaches and Rita Hayworth hairstyles. Here are open tracts of land in what is now a dense part of Queens. Watching the film in the midst of today’s health crisis, it also takes on a cathartic quality, gifting us with a vicarious, carefree trip on New York’s streets and sidewalks. 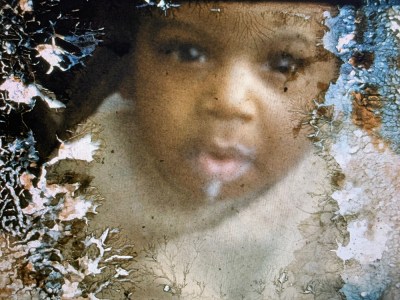 The show’s third section, “Family,” is its strongest. If part two establishes that ordinary subjects can be affecting, this part challenges the very idea of ordinariness, displaying three films with different variations on its standard theme, each more complex than they appear at first glance. Beneath its Hallmark surface, a movie of a wealthy, white nuclear family titled “Father + Kid NYC” (ca. 1940s), for example, subtly upends gender conventions. Showing a father doting on his daughter, the movie is a forceful testament to paternal affection—and an example of female directing. (With dad in front of the camera, mom was likely the person behind the lens.) By contrast, the protagonists of “Jarret Family Home Movies” (1958–67), a three-hour compilation of home movies by Pittsburgh firefighter David H. Jarret, are African American and working-class—demographics underrepresented in twentieth-century popular culture. This ensemble of films could easily double as a portrait of the Hill District, the historic black area where the Jarrets resided, and whose streets and residents David H. Jarret prolifically recorded, broadening the definition of “family” to encompass neighbors and the larger urban community.

Left unattended after Jarret’s death, the reels in “Jarret Family Home Movies” grew moldy and their emulsions decomposed. Far from reducing their appeal, however, the damage has enhanced them, generating marbled splotches of blue and white that dance across the frame and might be at home in a Stan Brakhage work—a fact that blurs the line between error and invention, and points to overlaps between amateur and avant-garde filmmaking. The enigmatic “Jarret Home Moves” provides a thoughtful end to a show too focused on skilled amateurs, demonstrating that even people with no artistic training can create moving images of lasting beauty. It shows that there is not only historical but also aesthetic merit to be found in even the most inexpert of productions.

COVID-19 Crisis Resources for Creatives: A Giant List of Helpful Links for Artists