On Thursday, Christie’s held its Old Masters auction during its Classic Week at the house’s New York location. Hammering at $19.6 million, the sale generated $24.2 million with buyer’s premium across 49 lots—including 5 of the 12 previously announced works that the Brooklyn Museum was deaccessioning. An additional four were sold during the house’s European art sale. Collectively, the Brooklyn Museum’s deaccessioned works brought in $6.6 million with buyer’s premium, more than double the pre-sale low estimate of $2.25 million for the ten works. All of the works sold were guaranteed.

The sales follow the museum’s announcement in mid-September of long-term plans to deaccession works from its holdings to raise money for collection maintenance. The goal is to generate around $40 million for the fund. The New York institution is among those taking advantage of the temporarily relaxed guidelines issued by the Association of Art Museum Directors as a coronavirus relief measure. More deaccessions are to come, according to the museum’s leadership. 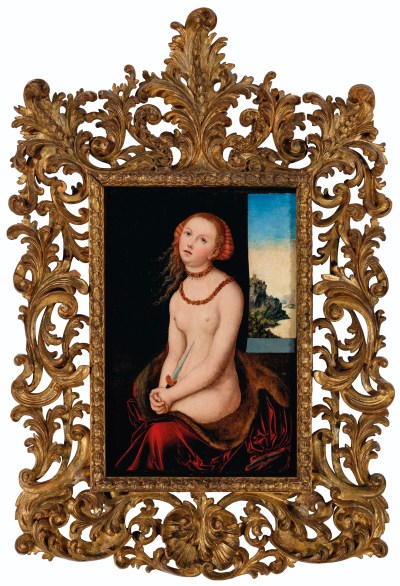 Among the top lots was Lucas Cranach the Elder’s 16th-century work, Lucretia, which hammered at $4.2 million, four times above its low estimate of $1.2 million. It eventually sold for $5.1 million to a buyer on the phone with Cyanne Chutkow, Christie’s deputy chairman of Impressionist and modern art. Prior to the sale, it remained in the Brooklyn Museum’s holdings for a century since its bequest in 1921.

Lorenzo Costa’s Portrait of a gentleman hammered at $110,000 against an estimate of $60,000, making $137,500 with buyer’s premium. A painting Donato de’ Bardi’s tempera oil and gold panel depicting Saint Jerome hammered at $95,000, against an estimate of $80,000–$12,000, and selling ultimately for $118,750 with buyer’s fees. Francesco Botticini’s 15th-century tempera and gold panel Saints Anne and Joachim hammered below its low estimate, at $28,000, selling for $35,000 total. Giovanni di Marco’s 14-century arched painting depicting the Madonna and child flanked by saints sold for $75,000 with premium, hammering below the low estimate. That work was gifted to the museum in 1925.

The last of the six Old Masters works currently being deaccessioned by the Brooklyn Museum—a ca. 1500 painting depicting the Virgin and child by a Dutch artist—is on offer in an online sale running until October 20. Another work will sell in a forthcoming European art sale.