While many people are spending their days starting batches of sourdough, Karin Pfeiff-Boschek has been busy baking sweet pies with mesmerizing arrangements that appear almost too pretty to eat. She tops each pastry with a delicate floral motif of flaky dough, a precisely arranged gradient of sliced fruit, or a checkered weave braided in rows.

The pastry designer tells Colossal that she was raised in a family of bakers, although pies weren’t her first form of artistic expression. “As a child, I enjoyed seeing, smelling, and eating the breads and pastries that both of my grandmothers made. Baking was traditional in our family in rural Germany, and when I was a young teenager, I began baking cakes and pastries for my brother and sister,” she writes. “I did not become a baker, however, but became interested in fabrics, eventually designing, dyeing, and creating my own works of textile art.”

After learning to make pies from her American mother-in-law, Pfeiff-Boschek merged her new culinary skills with her background in design, saying she “began to wonder whether one could decorate them in a manner similar to the way cakes are turned into works of art.” Employing her own techniques, Pfeiff-Boschek modified her mother-in-law’s original recipe in minor ways and opted for chilling the raw pastry in batches.

I found that by cooling the dough while creating decorations, using a very thin, sharp knife such as a scalpel and working very precisely it was possible to create ornate decorations that held their shape during baking. I make it a priority to also show the baked pie because regardless of how beautiful a pie may look before baking, it never will be served in that state and must look good after it comes out of the oven.

To alter the dough colors, Pfeiff-Boschek adds powders made from freeze-dried berries, spinach, and beetroot. She tends to bake sweet pies with peaches, apples, and other fruits, although occainsly assembles a savory version filled with meat and vegetables. Each creation takes between two and six hours to assemble and adorn. “I love nature, and many of my designs come from time I spend in our garden with our German shepherd dog, Halgrim. I am inspired by trees, leaves, and vines but also by classical geometric patterns and quite mundane articles, such as gully lids,” the designer says.

Many of Pfeiff-Boschek’s edible artworks have culminated in a book, Elegant Pie, and on her blog by the same name. To see both pre- and post-bake photographs, head to Instagram. You also might like Lauren Ko’s vibrant pies and tarts. 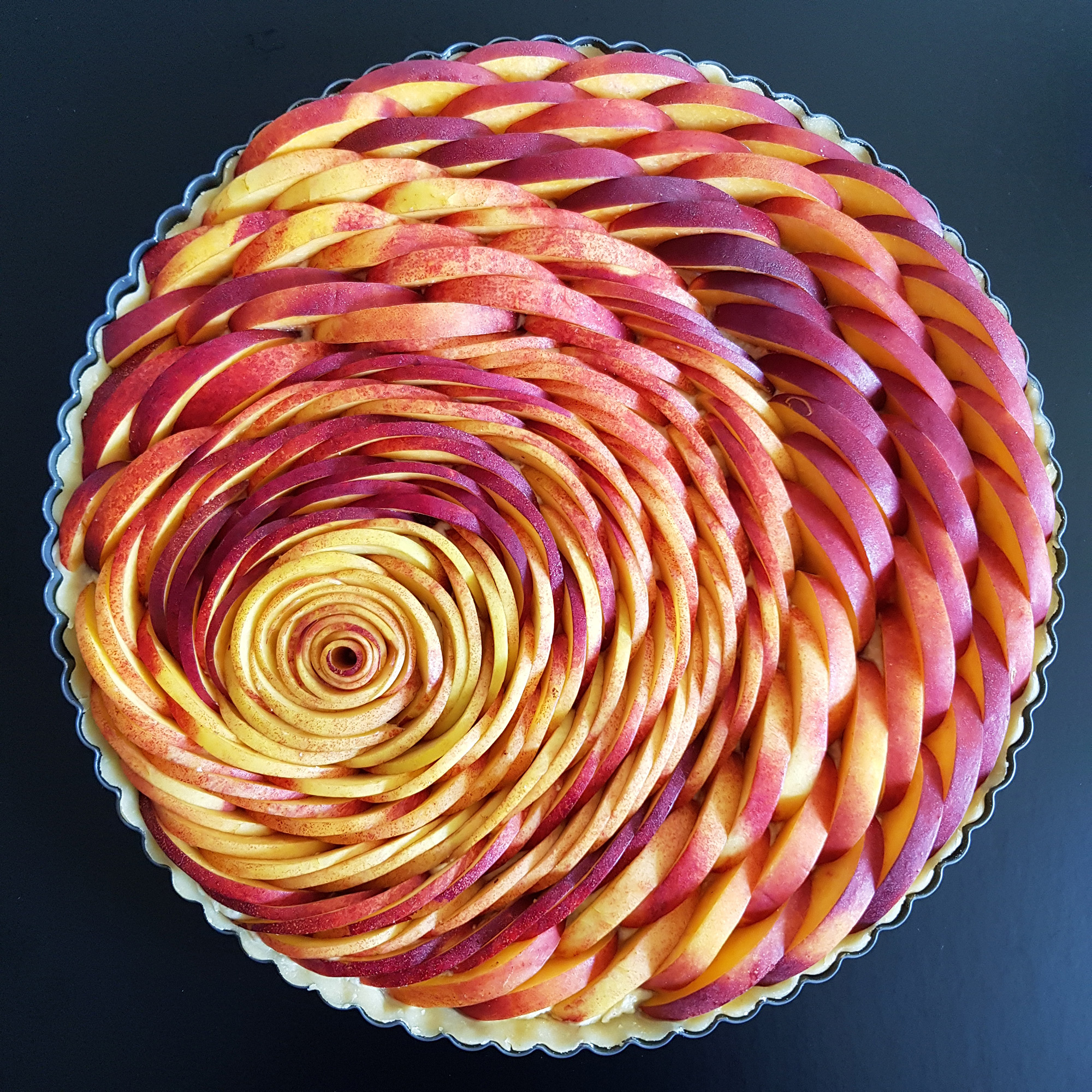 As Museums Push to Sell Art, Competing Ideas About Deaccessioning Are Playing Out in Public