Erich Marx, a well-known art collector and patron whose decision in the 1990s to donate the bulk of his esteemed collection of contemporary art to the German state transformed the public display of contemporary art in the country, died on Wednesday, September 9, at age 99. The news was announced by the Prussian Cultural Heritage Foundation, which runs Berlin’s art museums, and was first reported by the Art Newspaper.

Marx, who was named on the ARTnews Top 200 Collectors list each year between 1990 (when it launched) and 1996, might best be remembered for his decision to give the Nationalgalerie (also known as the Berlin State Museums) much of the work in his key collection of postwar art, centered around the work of Joseph Beuys, Anselm Kiefer, Robert Rauschenberg, Cy Twombly, and Andy Warhol, whom Marx collected in depth.

When Marx gave the works to the Nationalgalerie, the institution, which manages several art museums in the capital city, was in need of a place to show them. Then came the idea to transform the Hamburger Bahnhof building into an art museum.

The Neoclassical building opened in 1846 as a train station for the line that connected Berlin to Hamburg, but ultimately closed in 1884. In the subsequent years, the building served various purposes, including serving as a transportation museum at one point, until it was transferred to the Prussian Cultural Heritage Foundation in the late 1980s.

After a renovation to the building overseen by Josef Paul Kleihues, the Hamburger Bahnhof – Museum für Gegenwart opened in 1996 with the ambitions of a museum for a daring contemporary art in a recently reunified Germany. Among the iconic works given by Marx to it were Rauschenberg’s Pink Door (1954), Warhol’s Double Elvis (1963) and Mao (1973), and Beuys’s Straßenbahnhaltestelle (Streetcar Stop), from 1976.

Among the most important works in Marx’s collection is a more recent addition, Beuys’s 1980 installation work Das Kapital Raum 1970–1977 (The Capital Room 1970–1977), which includes, among other things, 50 chalkboards covered in text, an axe resting on a piano, a ladder, a microphone, and film projectors.

“I viewed it as a general statement that was being made by Beuys,” Marx said of the work in an interview with Udo Kittelmann, who was then the Nationalgalerie’s director, that was published by the English-language publication DW. “In it he brings together everything he had created in one work. That was what this is.”

Marx gave that work, which was first exhibited at the 1980 Venice Biennale and is currently installed in the Hamburger Bahnhof, to the Nationalgalerie in 2015 as a permanent loan. He had bought Das Kapital Raum the year before for an undisclosed price (in the multiple millions, according to Marx) from a Swiss museum, the Hallen für Neue Kunst, where it had resided since 1984 and where Beuys himself had reconstructed the piece. (The Hallen für Neue Kunst was forced to close its doors after a legal battle involving the Beuys piece and its owners.) 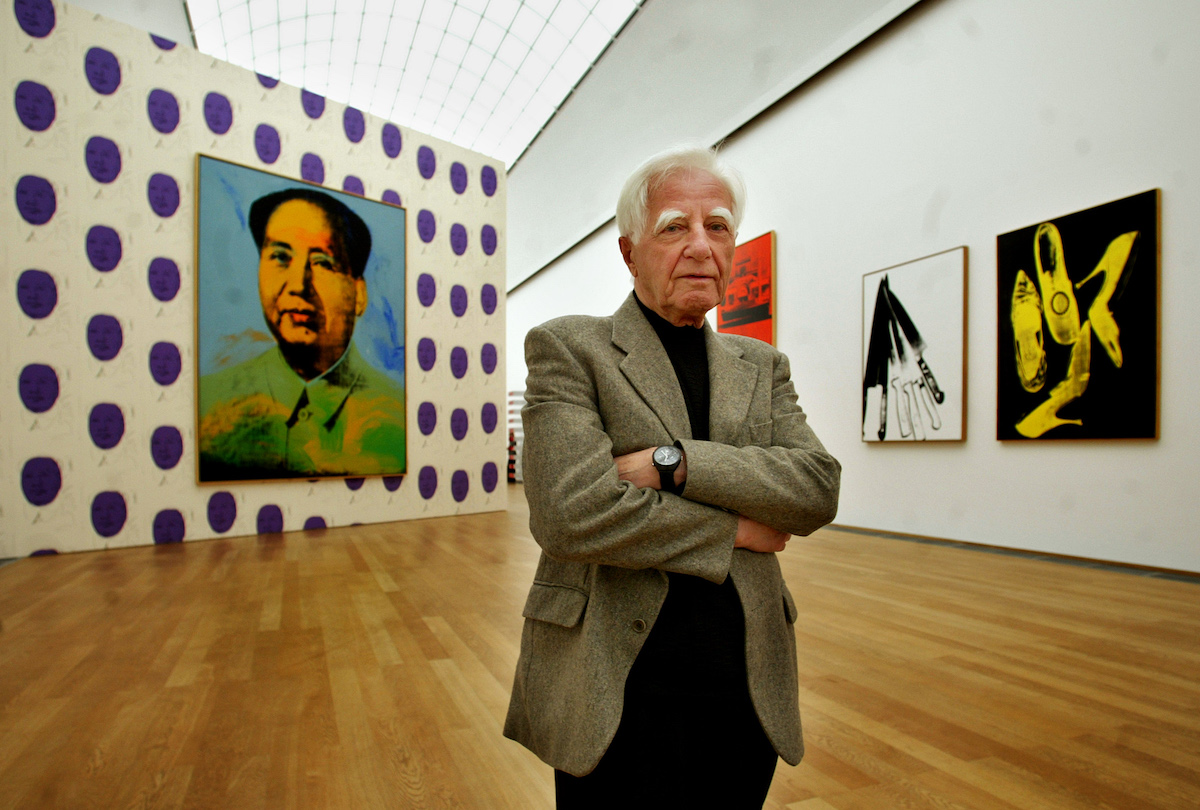 Speaking more broadly about Beuys’s contribution to art that informed his own large, Marx added, “I always saw something in Beuys that is out of the ordinary when it comes to art appreciation. You have to be open-minded about it to realized it’s something entirely new that you’ve never experienced. That is, the fact that you have art that is portrayed in this way.”

Erich Marx was born in 1921 in a village in the southern Baden region of western Germany. He studied law after World War II and worked as a legal advisor for Berda Verlag, the German publishing company that was co-run by another notable art collector, Frieder Burda, who died last year.

Marx soon left law and established his own real estate and property development company in 1967, which focused on building hotels and, later, clinics and rehabilitation centers. Through that company, he amassed a fortune that eventually allowed him to purchase art. He went on to build one of the largest collections of postwar and contemporary art in the world.

Marx’s dedication to collecting art was unwavering. As he once said, according to RBB 24, “The decisive factor is the curiosity you have. Either it jumps at you, or you get curious and say: I would like to know what’s behind it.”

After Marx gave his collection the Nationalgalerie, the Hamburger Bahnhof reoriented its displays such that Marx’s holdings were later augmented by other notable donations from prominent collectors. This allowed the museum’s curators to rotate out works from Marx’s collection, much to the collector’s dismay.

That experience would eventually lead him to be the driving force in the development of yet another museum in Berlin, the Museum of the 20th Century, which is currently under construction. When it opens, a portion of the Marx collection will also be displayed, and the focus will be art of the 20th century, as opposed to emerging art.

It was his experience making Marx’s first art acquisition, though, that perhaps best sums up his dedication to collecting art. While on vacation in the German island of Sylt, he bought five works by graphic artist Friedrich Meckseper. “I would say that it was actually no coincidence that I discovered a gallery while walking,” Marx once said. “I went into this gallery, to see what’s new? I just saw that art lived on after the war and came back to life.”

The Best Permanent Markers for Detailing, Coloring, and More