Sidsel Meineche Hansen’s video Maintenancer (2018), made in collaboration with filmmaker Therese Henningsen, is set in Bordoll, a real German brothel that offers sex dolls for rent. Clients select one of the silent, pouting figurines. Their nylon hair comes in different shades, but they all have huge breasts and don’t talk back. Like many transactions in the sex industry, a visit to Bordoll is designed to feel automated and on-demand. The place is owned by a sex worker who does sessions on her own as well as facilitating those with the dolls, sometimes working alongside them as a sort of hands-off dominatrix. These inanimate sex dolls let her outsource the physical effort of intercourse to a surrogate body, while she continues to make income.

This may sound easy. But Maintenancer focuses on the demanding physical labor that goes into keeping up this fantasy, documenting the cleanup of two dolls. “This is how we find Angel,” a brothel employee (who previously worked in a nursing home) says, approaching the figurine’s splayed legs and unnaturally torqued neck. The doll’s orifices are wiped clean of bodily fluids, her genitals and nipples painted with rouge, and her feet strapped back into shiny platform heels. There is a clear visual analogy to the careful treatment that sex workers administer to their own bodies.

Early in July, Meineche Hansen, a London-based artist of Danish origin, was named one of ten recipients of the 2020 Turner Bursaries—introduced this year in lieu of a prize—on the basis of “Welcome to End-Used City,” her exhibition at London’s Chisenhale Gallery, which included Maintenancer as well as several other works from the last three years. Although the film depicts the most popular current models of sex dolls, where the mannequins are neither robotic nor able to communicate, it addresses the growing use of virtual avatars and robots as surrogates for mostly female bodies in the sex industry. (Maintenancer is a play on Neuromancer, William Gibson’s 1984 novel in which simulated bodies are hired and hacked for profit). In a voiceover, the brothel’s owner speculates that the future of her trade is sex robots trained by machine learning programs to communicate with clients. It seems likely, she says, that these developments will put her out of business, and she’ll be left without recourse to governmental compensation for lost work. 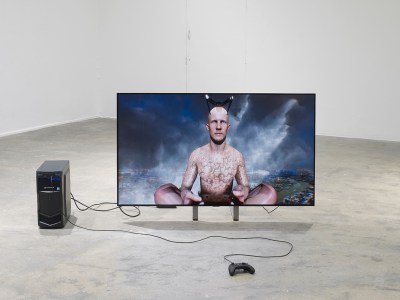 EVA 3.0 was designed by Nikola Dechev, who runs a store for his creations on the website Turbosquid. The avatar comes with a user manual, which includes detailed sketches of the interior contours of her vagina. Meineche Hansen appropriates these explicit but bland drawings in the woodcut print series “HIS CORPORATE CUNT ART, credit Nikola Dechev (Series 1-3),” 2016, originally shown at the artist’s solo exhibition at Glasgow’s Transmission Gallery. The works are uncomfortable to look at, a reminder of the commercial reason for EVA’s existence. Her body is authored and owned by Dechev, so naming him and using the pronoun “his” points to the all-too-common dynamic in the sex industry where men profit from work performed by women. 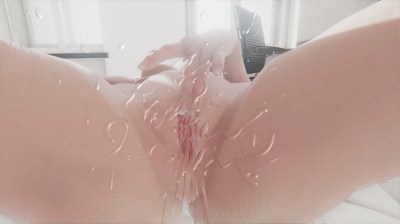 Meineche Hansen is also interested in the conditions of her own work, and explores them with an anxious ambivalence about participating in the art market. Her series “PRE-ORDER I-III” suggests a parallel between customizable sex dolls and works commissioned by cultural institutions. In Maintenancer, Bordoll’s owner describes her mannequins as a pension plan, a way to ensure her livelihood when she is no longer able to receive clients herself. Meineche Hansen takes a similar approach to her own income stream. In the precarity of the art market, her physical artworks are objects she manages as an investment against a financially uncertain future. 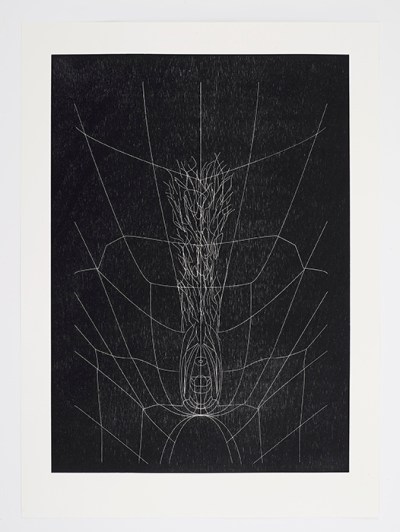 For a series of projects she calls “CULTURAL CAPITAL COOPERATIVE OBJECT,” Meineche Hansen invited other artists to share exhibition opportunities at the London nonprofit Gasworks in 2016 and LAXART in Los Angeles in 2017, with everyone taking equal responsibility for the work, as detailed in contracts developed with an art lawyer and the exhibiting institutions. Their collaboration was funded through the sale of Meineche Hansen’s Banked (2017), a set of ceramic busts depicting the artist, the managers at Rodeo (her London gallery), and the collector who acquired the work. Twisting the traditional conception of the art market as a realm of investment for buyers, “CULTURAL CAPITAL COOPERATIVE OBJECT” lays bare the commercial imperatives of single authorship and turns a single sellable work into a funding source for a collective process.

Meineche Hansen maintains a focus on work that is often disregarded by the labor market—work that appears to come for free. “Robot” comes from a Slavic root meaning “work,” used in some cases for serf labor. By etymology and in practice, robots are unfree. But even when the labor itself is not human, there is a cost to ignoring its very human conceptual origin. People are required to maintain these automated transactions, and treating robots as inhuman means we undervalue the humans involved in their work. Moreover, as long as robots are treated as surrogates for humans, devaluing them ultimately cheapens us. Discounting labor because of who (or what) performs it only perpetuates the fantasy of invisible work, performed by dehumanized bodies, obscured from view.

In a New Stop-Motion Film, Swoon Explores Trauma, Memory, and the Body