Genesis Breyer P-Orridge, whose art, performances, and music consistently challenged social and sexual norms, has died at 70. In a post on Facebook, P-Orridge’s daughters, Genesse and Caresse, said that the artist succumbed after a two-and-a-half-year-long battle with leukemia.

P-Orridge, who used the pronouns s/he and he/r, had spent much of the past couple years vividly and bravely documenting the various medical procedures s/he underwent on Instagram. He/r accounts of he/r cancer had been closely watched by he/r many fans and colleagues, and Jason Louv, who has written several books on P-Orridge, even launched a GoFundMe campaign intended to support her medical costs that raised more than $47,000 in 2019.

S/he never expressed any fear of death, however, and s/he even embraced her fate, telling ARTnews last September, “I love being here, but I know I can’t stay forever. I would if I could, because it’s fascinating. Being alive is fascinating!”

P-Orridge was an irascible figure whose influence loomed large in the art world and far beyond. Working in a spread of mediums, s/he created cutting-edge works that dared their viewers not to react with shock. S/he constantly dressed down longstanding political, social, and sexual binaries, remaking them in he/r own image. 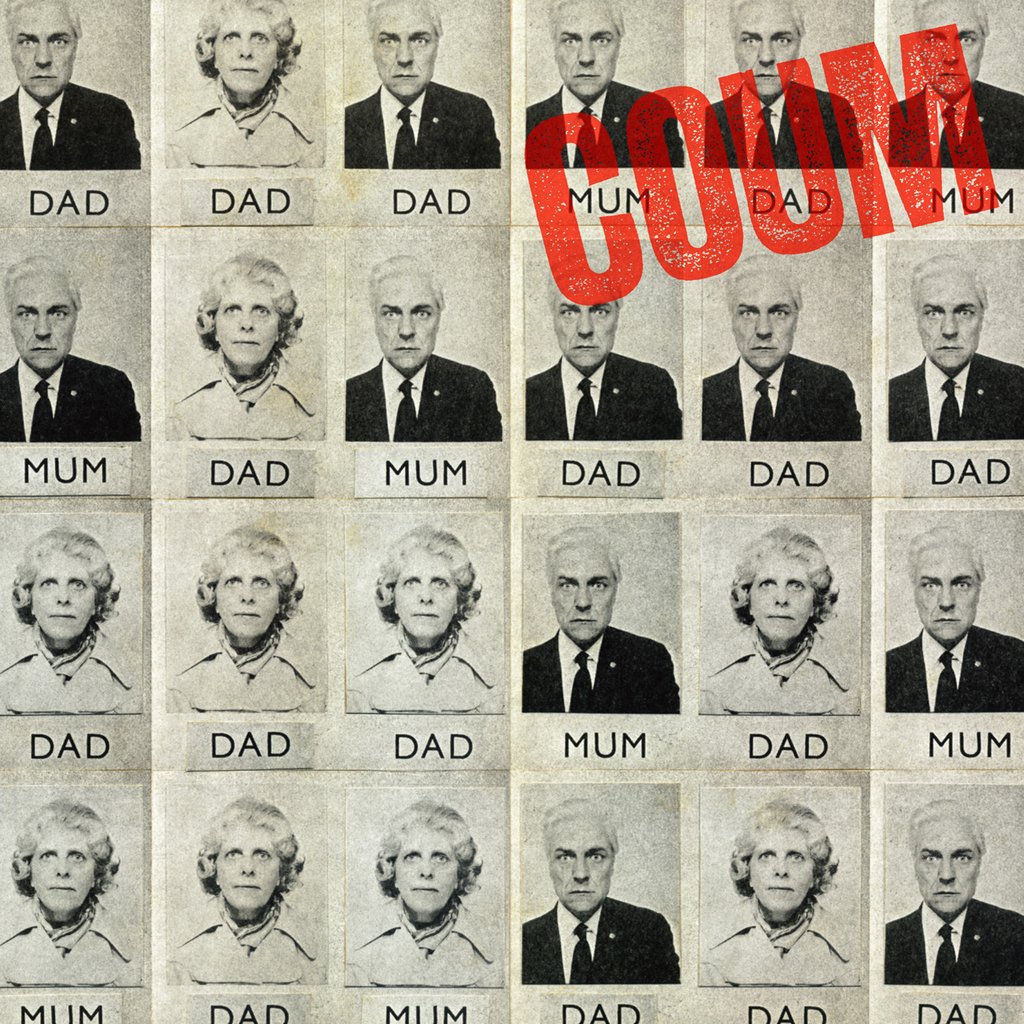 The cover for COUM Transmissions’s 1971 album The Sound of Porridge Bubbling.

P-Orridge first rose to fame in England during the late 1960s because of he/r work with a group known as COUM Transmission. As usual for P-Orridge, he/r explanations of the group’s often included a good deal myth-making. S/he often described COUM Transmissions as being borne out of a decision to drop out of the University of Hull, followed by a choice to live with a commune. S/he left after realizing that not everyone in the commune had equal rights, and shortly afterward, while on a family vacation in Wales, the vision for COUM Transmissions came to he/r in almost mythic way, while s/he was “dissociating” during a long car ride, s/he once said. The logo that the band ultimately chose was a dripping, semi-erect penis, with the first word in its name forming the shaft.

COUM Transmissions was known to provoke. Inspired by the Dadaists and Surrealists, who embraced nonsensical actions and absurdism as a critique of modern society’s tendency toward reason and rationality during the early 20th century, COUM Transmissions engineered performances that often included live sexual acts and whipping. The group’s activities were of a piece with those of other avant-garde groups in Europe at the time, among them the Viennese Actionists, whose performances sometimes featured violence against animals.

Whether British viewers were accustomed to such works or not, they elicited ire from establishment figures. When COUM Transmissions was given a retrospective called “Prostitution” at the Institute of Contemporary Art London in 1976, Tory MP Nicholas Fairbairn called the group “wreckers of civilization.”

“We’ve been so pissed off at the hypocrisy and bigotry of the overriding culture, particularly in Britain where the class system infects everything,” s/he told Artforum in 2016. “We were not just wanting to shock so much as to say, ‘Fuck you, you hypocritical, privileged bastards. We’ve seen you, we’ve been at your fucking school. We’re on to you.’” 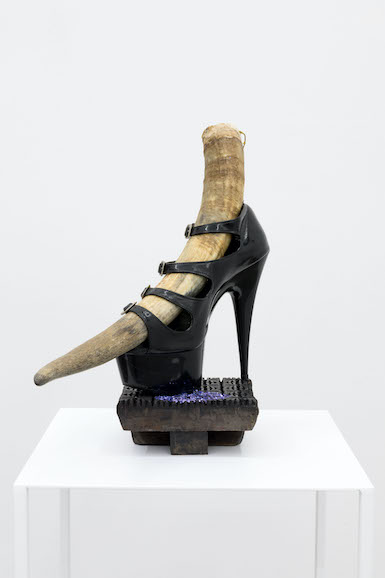 The art world has long embraced such provocations, and throughout her career, P-Orridge was unafraid to court controversy. But in 2017, s/he became embroiled in a scandal with an entirely different air. While she was a member of COUM Transmissions, the feminist performance artist and musician Cosey Fanni Tutti dated P-Orridge. In a 2017 memoir called Art Sex Music, Tutti accused P-Orridge of physical and psychological abuse, alleging that s/he would run at her with a knife, pressure her into unprotected sex, and once attempted to kill her using a cement block. P-Orridge denied the allegations, telling the New York Times in 2018, “Whatever sells a book sells a book.”

After COUM Transmissions dissolved in 1976, P-Orridge formed Throbbing Gristle, a pioneering industrial band whose music was intended to be harsh and borderline unlistenable. (Tutti was also a member of that group.) Nazi imagery and themes were a staple in the band’s performances, as were pornographic images. After disbanding in 1981, the group briefly reunited in 2004, and then later “reactivated” in 2010.

[Read a 2019 interview with P-Orridge on death, controversy, and more.]

Beyond the realm of music, P-Orridge often created art that flirted with metaphysical and mystical themes—a subject that lent itself the basis for he/r show at New York’s Rubin Museum of Art in 2016. The sculptures on view included a hodgepodge of bizarre materials, among them taxidermy animals, blood, photographic imagery, hair, nails, skin, and shoes.

S/he sometimes took that interest in religion into the expanded field, at one point even creating the “anti-cult network” Temple ov Psychick Youth (TOPY) that operated alongside he/r band and video art collective Psychic TV during the early 1980s. S/he left the group in 1983. Almost a decade later, a Channel 4 documentary about TOPY alleged that P-Orridge had abused children while s/he was a part of TOPY, which envisioned itself as a group that would free its members from the stranglehold of social structures. Though the allegations were later recanted, P-Orridge left the United Kingdom because of them, relocating to New York in 1993. 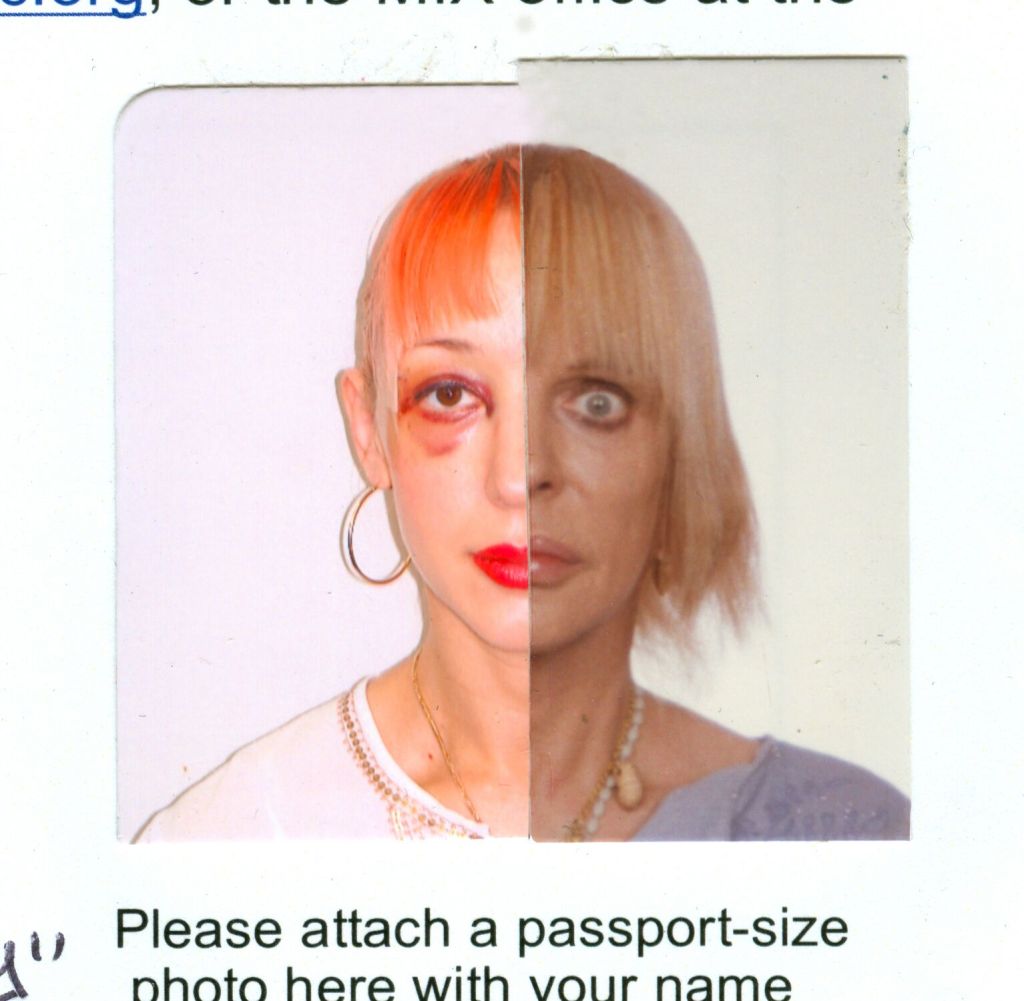 Genesis Breyer P-Orridge was born in Manchester, England, in 1950. Having been born Neil Andrew Megson, s/he adopted the name Genesis P-Orridge shortly after dropping out of school, and then added “Breyer” to it while s/he was in a relationship with the musician Lady Jaye, whose full name was Jacqueline Mary Breyer. (They married in 1995, and Jaye died in 2007.)

Throughout their marriage, Jaye and P-Orridge worked to create a pandrogyne, a third body formed from the corpuses of two people. The merger of their bodies was often enacted literally—they received numerous surgical alterations to their form, including matching breast implants, hormone therapy, and nose jobs that cost a collected $200,000 that they had gained from winning a lawsuit against music producer Rick Rubin and the label American Recordings over a fire in 1995. P-Orridge continued working to assimilate he/r body with Breyer’s after she died, often creating photographic collages that mixed their images.

P-Orridge remained irascible up until the very end. Last year, at a talk about institutional critique at the Swiss Institute in New York, P-Orridge proudly announced, “I’ve never been to the fucking Whitney,” in referenced to prestigious Manhattan institution that hosts America’s most famous biennial every other year. Asked whether this were really true by ARTnews, P-Orridge stood by he/r original statement.

“Culture is something that’s alive,” s/he said in that interview. “It’s spiritual as much as it’s creative and aesthetic. It’s about discovering the self through each and every person.”