Carmen Herrera’s sleek, oftentimes vibrant abstract paintings and sculptures have garnered great acclaim in recent years, with a 2016 landmark presentation at the Whitney Museum in New York and a 2015 documentary about her life contributing to the artist’s fame. But Herrera, who turns 105 years old on May 30, wasn’t always so widely known. The guide below traces milestones in Herrera’s life and career, from her years in Paris to her recent mural projects for schools in New York. 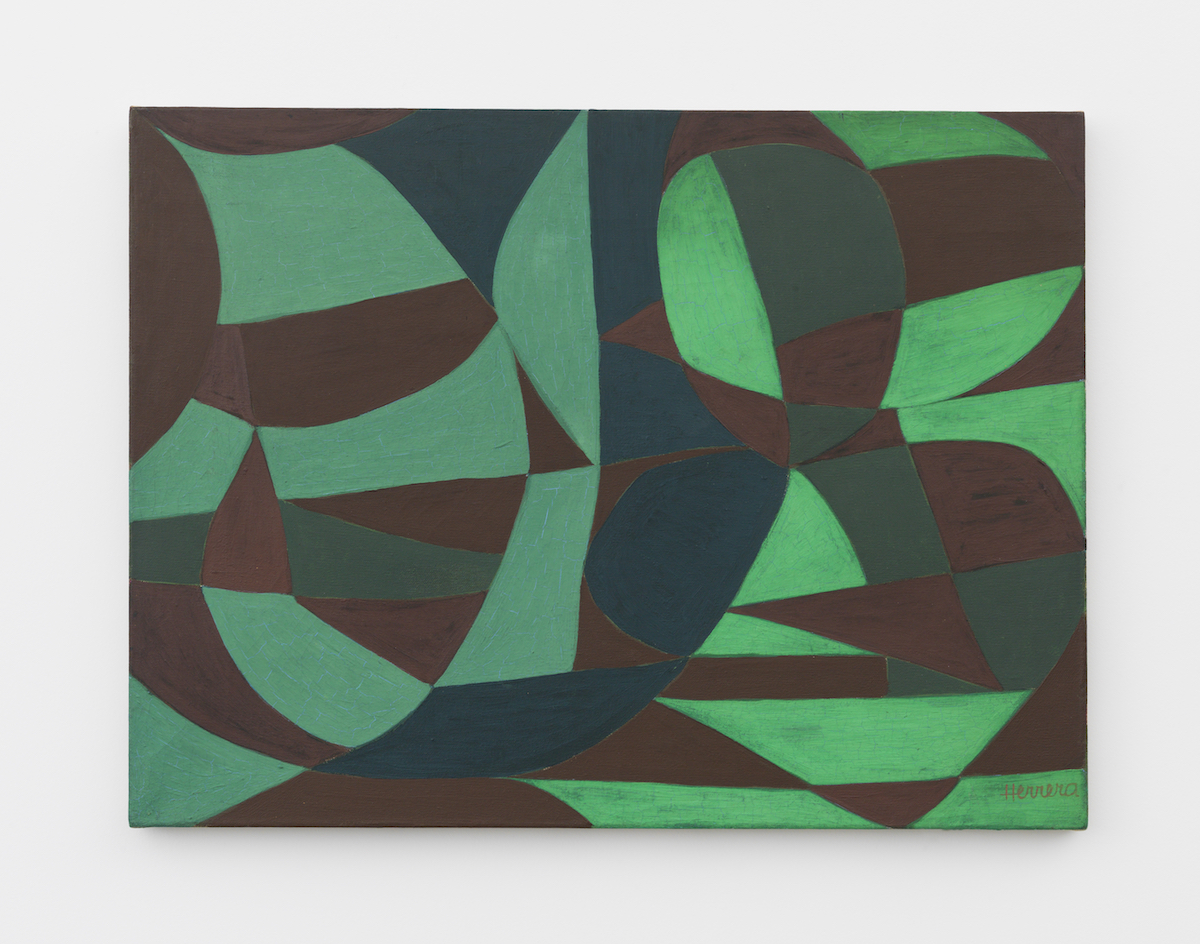 Herrera studied architecture in her youth.
Herrera was born in Havana, Cuba, in 1915, and throughout the 1930s and 1940s she traveled frequently to France. She spent a year studying architecture at the Universidad de La Habana, after which she enrolled with the Art Students League in New York. Before making a permanent move to New York in 1954, Herrera lived in Paris with her husband Jesse Loewenthal, whom she married in 1939. She exhibited lyrical abstract works at the Salon des Réalités Nouvelles and the Musée d’Art Moderne de la Ville de Paris between 1949 and 1953, but she did not make any sales. Herrera told ARTnews in 2015 that the Cuban artist Amelia Peláez was one of her earliest influences. “I admired her so much. I liked what she was doing. It was the first thing I really liked. I heard her and I asked questions, and she was terrific,” she said. 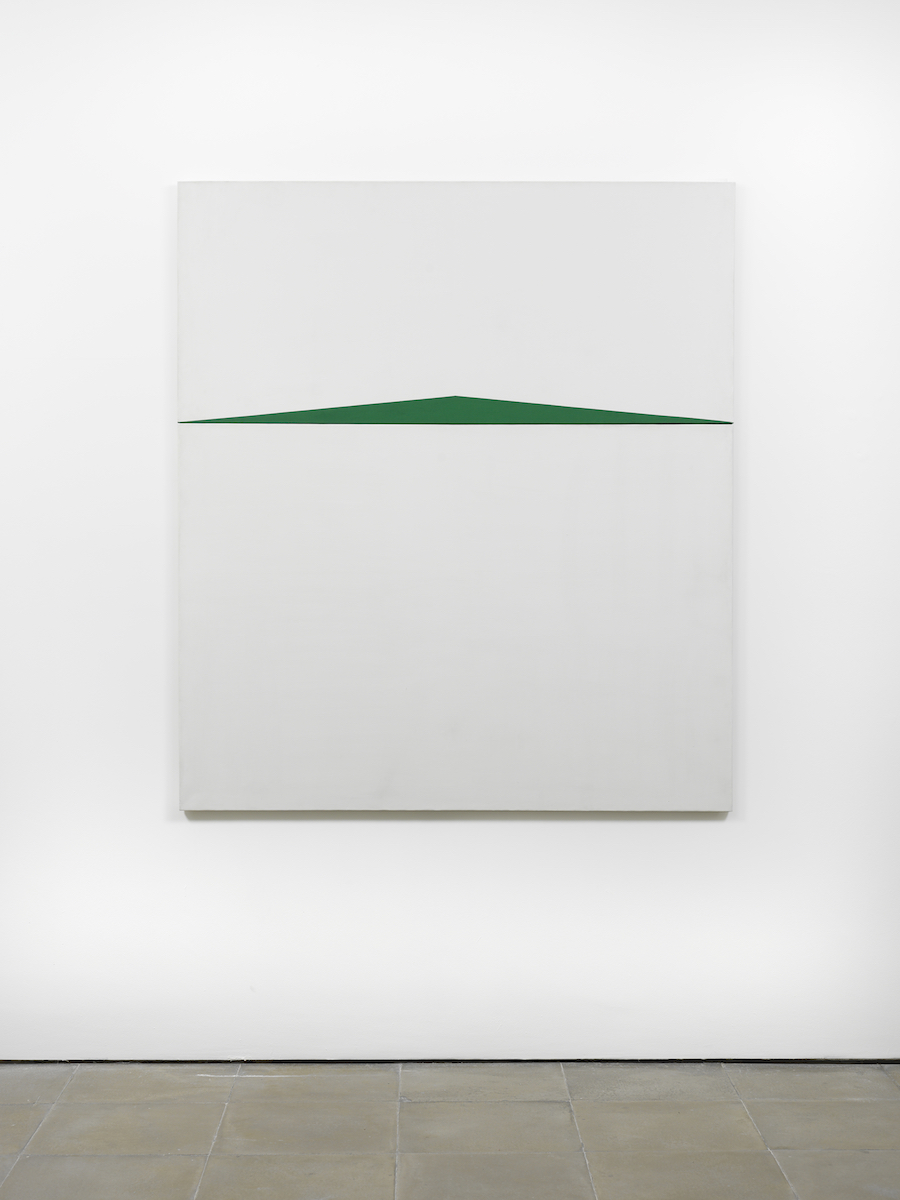 The artist’s style became increasingly minimalist after she left Paris.
In 2016, Herrera spoke with the Guardian about her experiences as a woman artist in the postwar years, explaining that she faced some obstacles early in her career “because everything was controlled by men, not just art.” When Herrera and Loewenthal, who worked as a teacher, relocated from Paris to New York in the mid-1950s, the artist began creating the kinds of works for which she is best known today. Herrera’s geometric explorations in painting and sculpture often feature dynamic color pairings, and inquiries into the concepts of balance and asymmetry are central to many of her pieces. “My quest is for the simplest of pictorial resolutions,” she has said of her work. In the 1960s, the artist began sketching for the sculptural series “Estructuras Monumentales,” which was realized in three-dimensional form years later, in a presentation by the Public Art Fund at City Hall Park in New York in 2019. 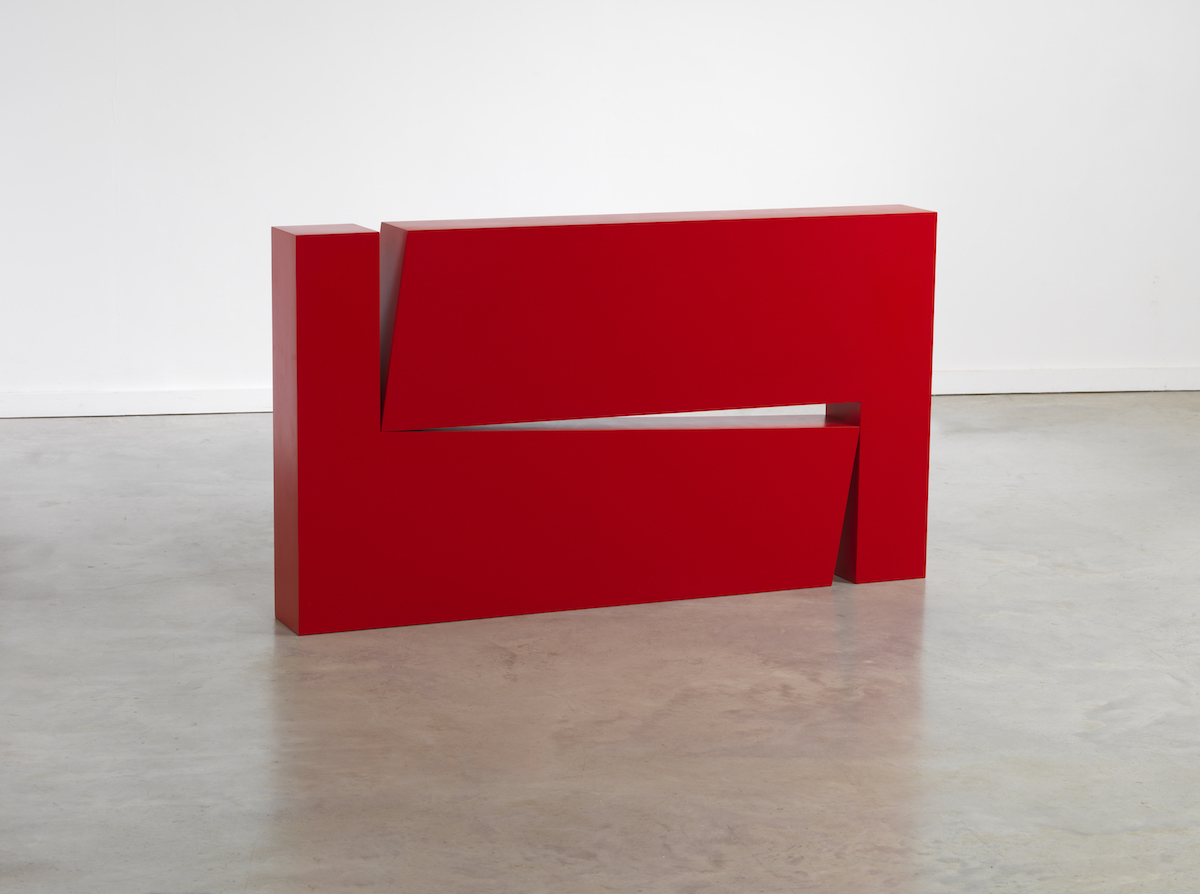 Herrera showed at New York galleries throughout the following decades.
In the 1960s, the artist had solo exhibitions at Cisneros Gallery and Trabia Gallery in New York, and in the late 1980s she presented work at the city’s Rastovski Gallery. In 1998, she got her first major museum show at El Museo del Barrio in New York, which focused on her black and white paintings from 1951 to 1959. It was not until 2004, however, that Herrera made her first painting sale, at age 89. 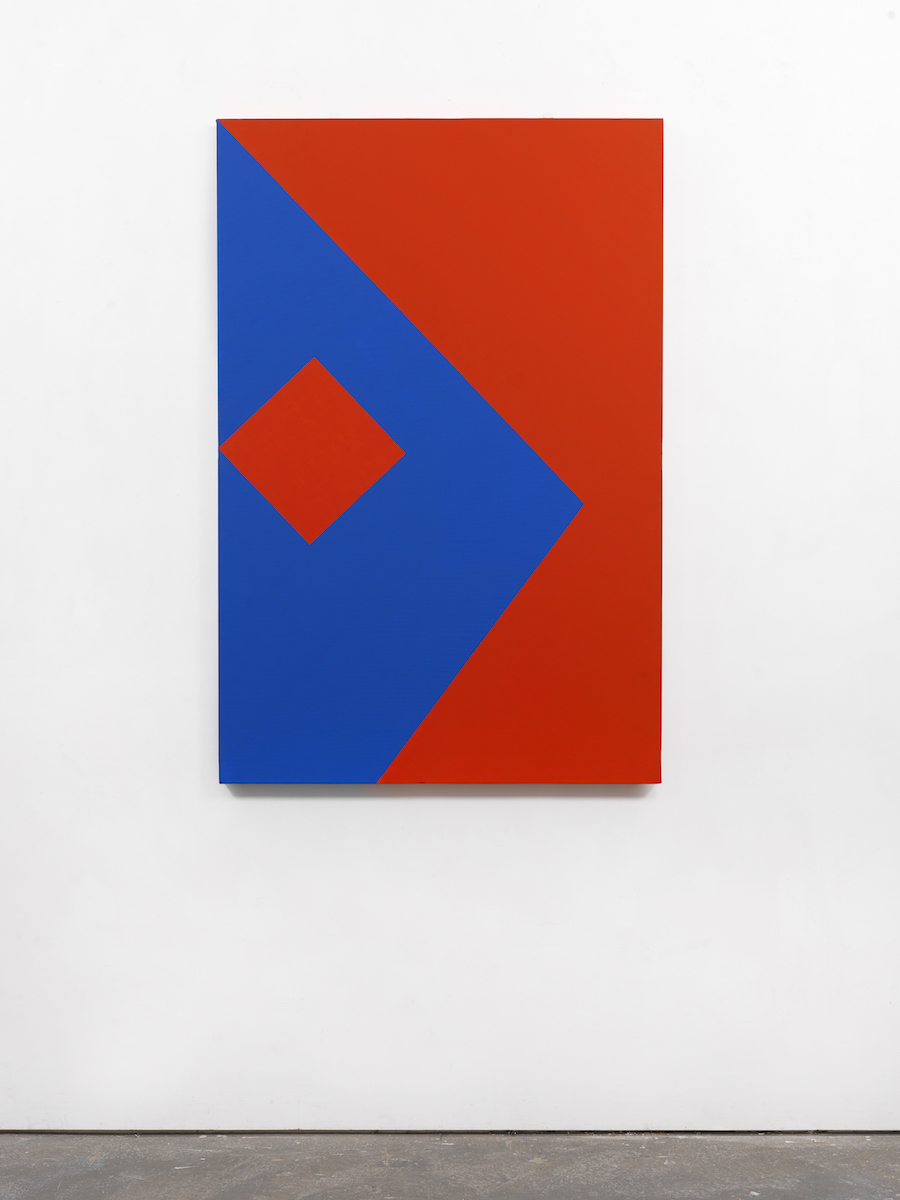 Her star ascended in the 2000s.
In 2009, Herrera had her first solo show in Europe at Ikon Gallery in Birmingham, England, and she joined Lisson Gallery, which maintains locations in New York, London, and Shanghai, in 2010. In 2015, on the occasion of the artist’s 100th birthday, a documentary about Herrera, titled The 100 Years Show and directed by filmmaker Alison Klayman, was released. One year later, the Whitney Museum in New York staged “Lines of Sight,” an acclaimed exhibition of the artist’s works from 1948 to 1978. At the time, critic Karen Rosenberg wrote in the New York Times, “The show presents her as an artist of formidable discipline, consistency and clarity of purpose, and a key player in any history of postwar art.” Following that survey, Herrera designed a mural based on her 1952 black-and-white painting Untitled to be painted by students at M.S. 244 in the Bronx as part of a project with the nonprofit Publicolor. 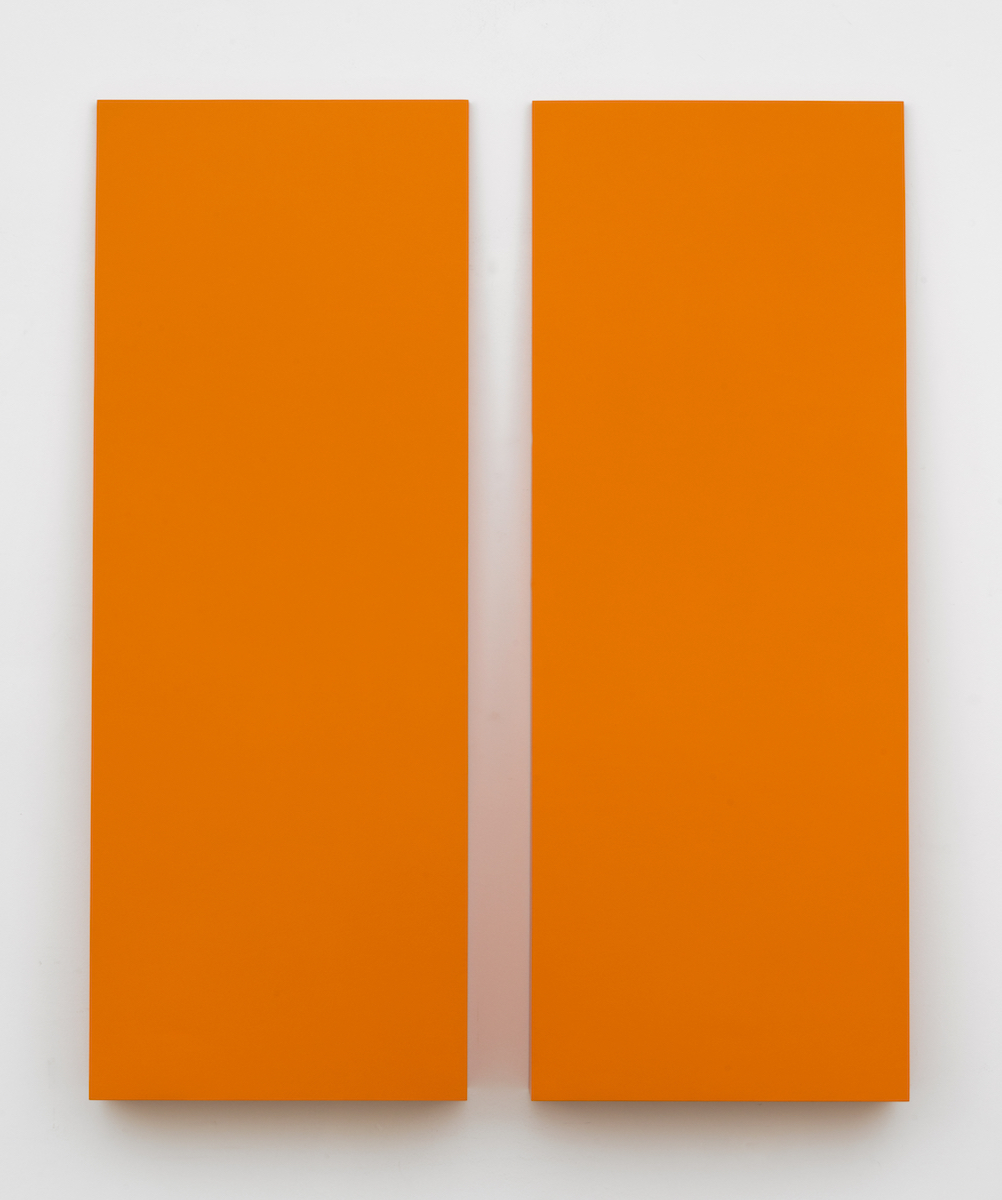 In 2020, Herrera created a design for an outdoor artwork in East Harlem.
Working with Publicolor once again, Herrera recently made a design for a 54-foot-wide mural titled Uno Dos Tres that riffs on her 1987 painting Diagonal. The piece will go on view at Manhattan East School for Arts and Academics in New York, whose students helped complete the project. Asked by ARTnews in 2015 where she gets ideas for her work, the artist said, “I have to have it in my head. I do a drawing, and then I figure it out. Once you think about it, it’s very easy.”