Pamela Newkirk, a professor of journalism at New York University, is the author of Spectacle: The Astonishing Life of Ota Benga and, most recently, of Diversity Inc: The Failed Promise of a Billion-Dollar Business. She is currently at work on a biography of the late curator, scholar, artist, and collector David C. Driskell.

A 1976 archival film captures a young and focused David C. Driskell in the throes of mounting his landmark exhibition, “Two Centuries of Black American Art, 1750-1950,” at the Los Angeles County Museum of Art.

The more than 200 paintings, drawings, and sculpture represented the most comprehensive collection of African American art ever assembled at a major museum and, with the accompanying catalogue, defined the canon. In the process, it established Driskell as one of the world’s foremost scholars of Black art, one who would go on to curate dozens of exhibitions, consult for collectors, and strengthen the holdings of institutions around the world.

The film is among the archival material—including articles, lectures, radio interviews, catalogues, and photographs—Driskell had sent me over the past few years as we began to collaborate on a book that would tell the story of his iconic life.

It is a life that would take this son of sharecroppers from Eatonton, Georgia, and the Appalachian mountains of North Carolina, to the height of the art world as a celebrated artist, curator, collector, teacher, scholar, and mentor over a career spanning seven decades.

During that time Driskell earned more than a dozen honorary doctorates, a National Humanities Medal in 2000, election as a National Academician in 2006, induction into the American Academy of Arts & Sciences in 2018, an annual prize bearing his name awarded by the High Museum of Art in Atlanta, and a named center at the University of Maryland, where he was distinguished professor emeritus and had chaired the art department from 1978–83. In 1995, at the invitation of President Bill Clinton and First Lady Hillary Clinton, Driskell selected the first painting by an African American permanently displayed in the White House: Henry Ossawa Tanner’s Sand Dunes at Sunset: Atlantic City (1885), unveiled in the White House Green Room in 1996. 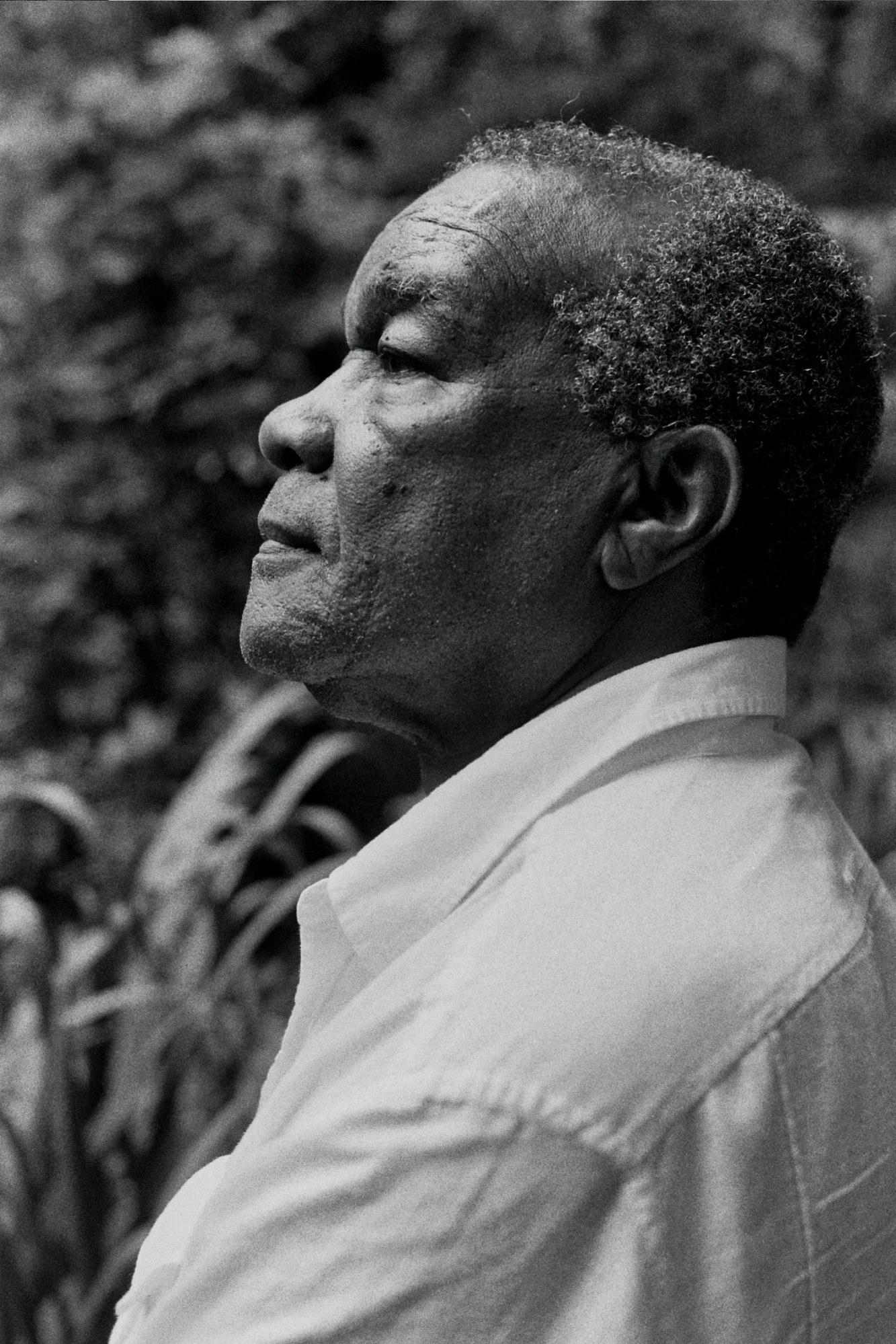 Driskell first broached the idea for me to pen his life story in Johannesburg, South Africa, in 2016 during the Black Portraiture[s] III conference, founded by photography scholar Deborah Willis. The anointment was humbling given the magnitude of his contribution and his acute sense of legacy. As a young art student at Howard University Driskell himself had been prodded by art scholar and professor James Porter to tell the story of African American artists.

“You have to show people what we’ve contributed,” Driskell recalled Porter saying. Other teachers included artist Loïs Maliou Jones, Alain Locke, and James V. Herring, who chaired the art department and instilled in Driskell the importance of cataloguing, collecting and curating.

I first met Driskell in the late 1990s when, as a journalist, my attention turned to African American art. All roads led to him as I wrote my Columbia University master’s thesis on the contemporary debate around “post-black” art, and later for a series of articles for ARTnews. In 1999 I visited the gracious Victorian home in Hyattsville, Maryland, he shared with Thelma, his wife of 68 years. There, amid his lush garden of flowers, herbs, and vegetables, his two-story, sun-bathed wood-frame studio, and a home brimming with African sculpture and the work of African American masters, he reflected on his calling.

“The artists I have known were in search of their place in American society,” he said. “They had the same training as mainstream artists. But as good as they are, they are still viewed as black artists.”

Over the years, particularly during this time at Fisk University in Tennessee, as director of University Galleries and chairman of the art department, between 1967 and 1977, Driskell endeavored to give many of these under-recognized masters their due. He’d curate exhibitions and catalogue essays for the likes of Jacob Lawrence, Alma Thomas, Romare Bearden, William H. Johnson, and scores of other artists. He assembled a vast art collection with work by some of those artists—many of whom were friends or teachers—along with the work of students, a selection of which ultimately traveled the country between 1998 and 2001, making stops in Atlanta, San Francisco, Newark, and College Park, Maryland.

All the while Driskell, the son of a Baptist minister, continued to create his own bright, color-saturated oil and gouache paintings, collages, and prints inspired by Biblical stories, African tribal art, and nature, while nurturing his love of gardening and quilting. A companion retrospective of his work traveled alongside the collection show. And his black figurative stain glass windows adorn the DeForest Chapel at Talladega College in Alabama, where he began his teaching career in 1955, and the People’s Congregational United Church of Christ, his house of worship in Washington, D.C. 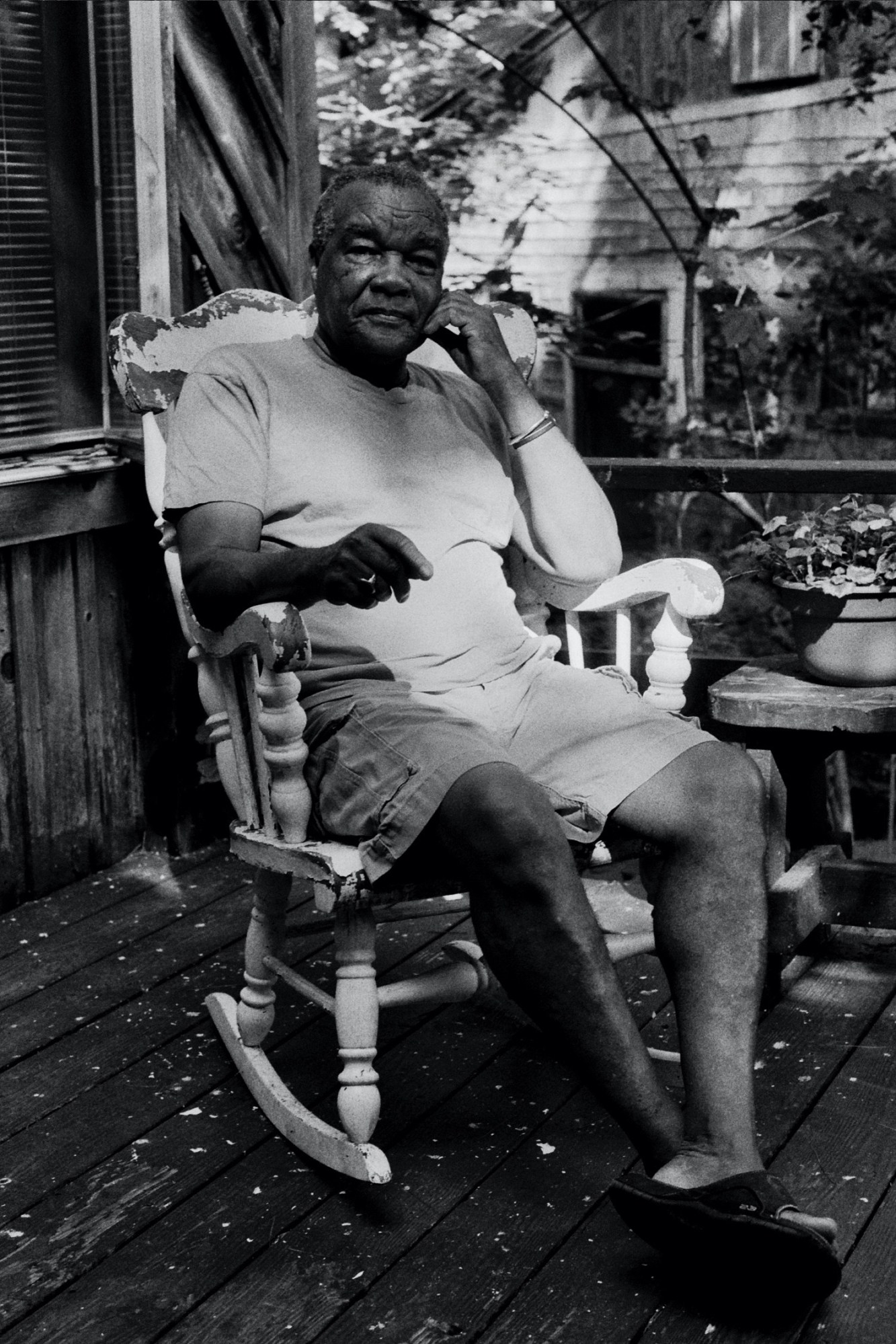 In recent years I have marveled as the ubiquitous Driskell—well into his 80s and ever-dapper— crisscrossed the globe, in demand for his artwork and scholarship even as he longed for time at his beloved house in Falmouth, Maine. He bought the house in 1961 by selling a Kandinsky print from his collection and then built a light-filled, cathedral ceiling studio, plank by plank, with the help of his wife and two daughters.

“It’s really a garden paradise of sorts,” he once said of his retreat. “I even dream about it when I’m not here”

I reveled in his erudite lectures peppered with anecdotes about art-world legends; the stories of   travel he chronicled in journals chockfull of vibrant sketches, and the succinct emails he dashed off from cities around the world.

“Our trip home was uneventful and now time for rest,” he wrote in 2017. “Off to Maine to the museum in Rockland on Saturday where I have a print show.”

A few months later, in July, he’d travel to London for the opening of “Soul of a Nation: Art in the Age of Black Power” at the Tate Museum for which he wrote a catalogue essay. “Indeed, the summer is going by so quickly and I have done very few of the things I had hoped to do,” he wrote later that summer. “Spent too much time traveling and not enough in the studio. Will stay in touch. David.”

That fall, as we found time to outline the contours of the book, there’d be still more commitments including an artist talk at the Whitney Museum in New York. “I am fired up to pursue ideas you gave relating to the theme of curating my own life by citing various events relating to people I had the good fortune of knowing over the years,” he wrote.

A few days later he added: “I think we have found an avenue of approach to moving forward on the story to be told.”

There would be ever-more accolades, and lectures, interviews, and exhibitions. Yet, near the end of his eighth decade, already accomplished beyond measure, he remained restless, still animated by goals and dreams. He continued to exhibit his paintings and prints, most recently at the Center for Maine Contemporary Art and the DC Moore gallery in New York, with a retrospective slated for 2021.

“The plans for my retrospective now seem in place,” he wrote in 2018.  “And Lord willing, it will begin three years from now on the occasion of my 90th, spring of 2021 at the High Museum, summer at the Portland Museum (ME), winter 2021 at the Pérez Art Museum in Miami, and end at the Phillips Collection in Washington the spring of 2022.”

He continued to reserve time for friends and mentees for whom he wrote letters of recommendation, attended openings, or regaled at intimate gatherings. There he was, elegantly attired, at Carrie Mae Weems’s opening at the Guggenheim Museum in 2014, or at my book signing at the Smithsonian National Museum of African Art in Washington, D.C., and just this past February, at Mary Lovelace O’Neal’s solo show at Mnuchin Gallery in New York.

“What a man, and what a life and what a legacy he’s left for us to rise to!” Weems wrote during a flurry of email exchanges in the wake of the news of his passing.

“He made time for his friends,” said Brenda Thompson, a close friend and art collector who each spring hosted a dinner in his honor at her Atlanta Buckhead home.

A few weeks earlier she had urged him to be careful in wake of the coronavirus that prompted her to postpone her annual spring dinner and that would tragically claim his life two months shy of his 89th birthday.

Thompson recalled joyful moments she and her husband, Larry, had shared with Driskell and his family months earlier in Sea Island, Georgia. “At one point we were discussing an array of important artists and their works and an hour later, he was telling us about his fruit preserves and his gardens,” she recalled. “He sent us a few jars to enjoy following the visit.”

Driskell lived a big, generous, purposeful life that was steeped in beauty, gratitude, and grace—a life that during my interview in 1999 he summed up with characteristic aplomb. “If I had to do it over, I would,” he said, in what became the final lines of the article published in the May 2000 issue of ARTnews.  “Art is a priestly calling. It’s the kind of visual mobility that shows us life can be so beautiful. I’ve been blessed to have this happen to me.”