Throughout lockdown in the United Kingdom, Mark Harvey, who is known for his striking equine and canine photography, shifted his focus to the avian creatures gliding above his home in the Norfolk Broads. Now part of a series titled In Flight, the exquisitely detailed shots frame common birds —including magpies, blue tits, starlings, goldfinches, great tits, coal tits, long-tailed tits, and green finches—in otherwise unseen poses: some splay out an entire wingspan, while others wrap their feathers around the front of their torsos.

Hearkening back to the methods of famed birdwatcher Victor Hasselblad, Harvey employed similar techniques to capture the dramatic shots. He used a slow, medium format with the same camera Hasselblad manufactured for the outdoor endeavor, taking just one image at a time.

Harvey just released limited edition prints of the In Flight series, which are available in a run of 15 per subject in his shop, and shares more of his striking horse and pup portraits on Instagram. (via Creative Boom) 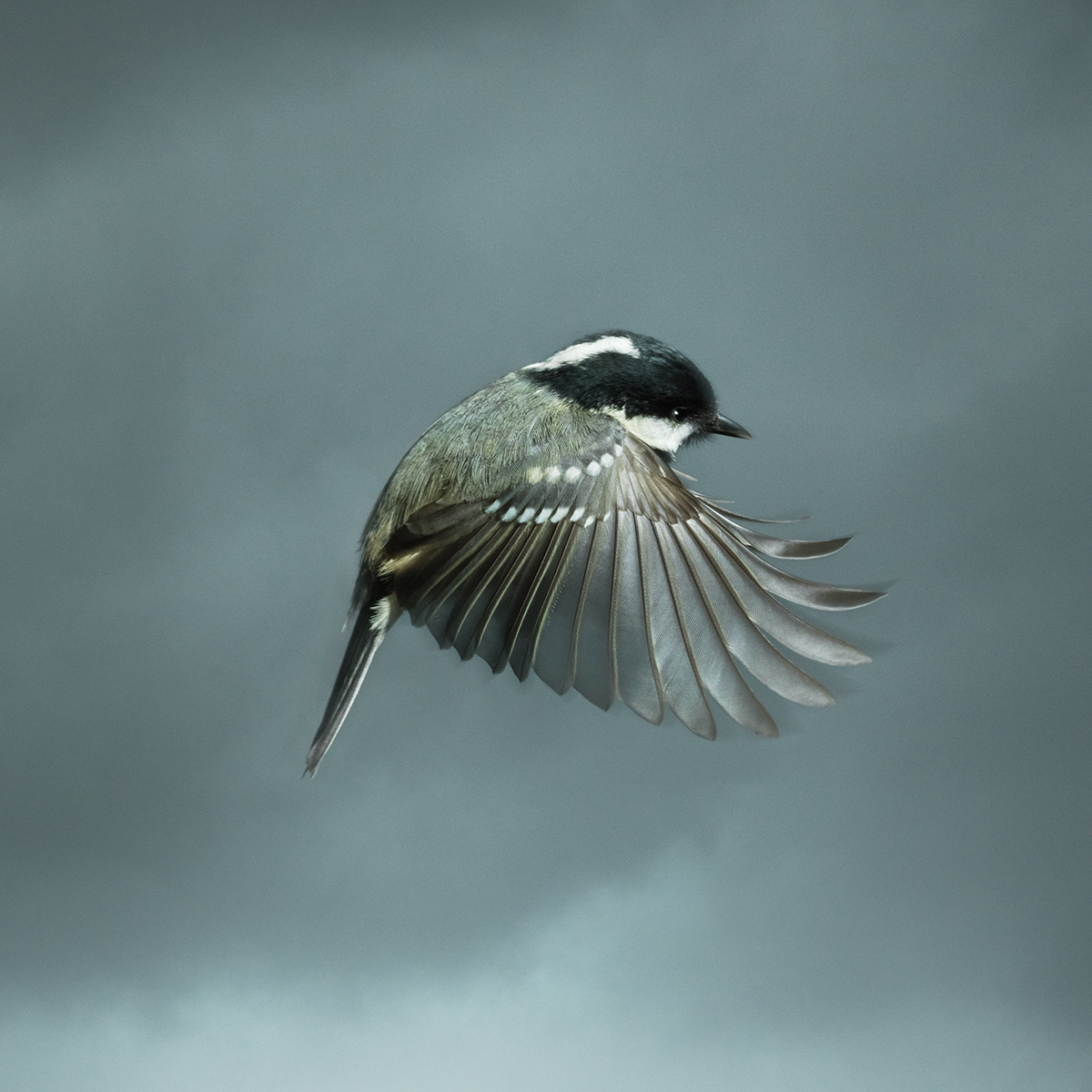