Barcelona-based painter and photographer Connor Addison situates his recent series of oil paintings within the context of philosopher Edmund Burke’s theory of the sublime. That notion is based on the idea that “whatever is in any sort terrible or operates in a manner analogous to terror, is a source of the sublime; that is, it is productive of the strongest emotion which the mind is capable of feeling.” Aptly titled Sublime Affliction, Addison’s works often feature one or two people lying or sitting still, their expressions conveyed by the shaded geometric shapes that form their fragmented faces and bodies. “Brother & Sally” even expresses the bond between species, portraying a man with his arm slung over a sleeping dog.

Employing muted reds and blues, the artist’s angular paintings explore the human emotions inspired by art, love, and relationships. “Sublimity comes from somewhere beyond, or deeper than immediate sensation—it cannot be literally visualized,” he says of the project. “Thus, figures in the Sublime Affliction series interact with mysterious overbearing entities, sources of sublime power, fear and anxiety.” To keep up with Addison affective pieces, follow him on Instagram. (via Booooooom) 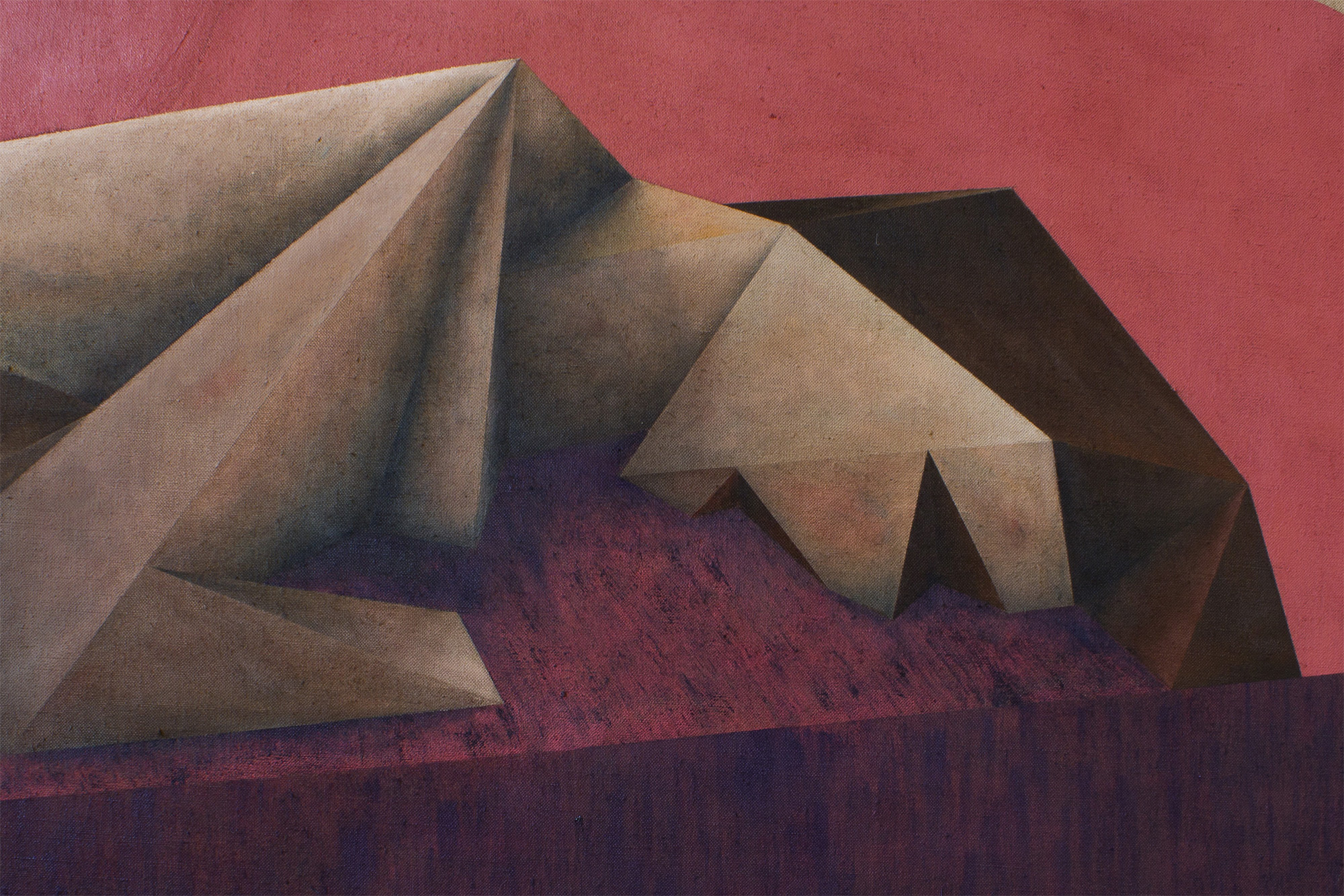 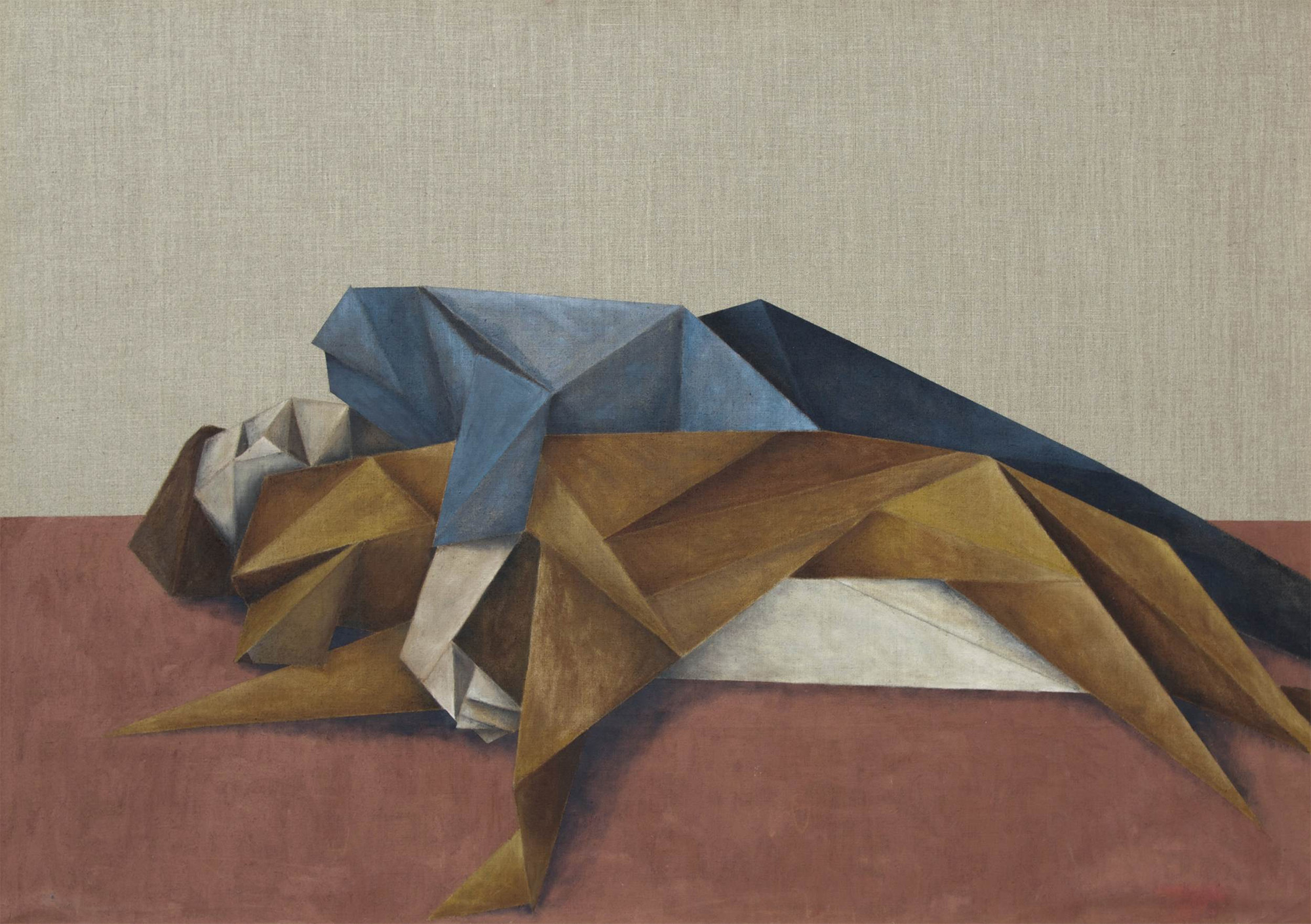