Seeing a raccoon washing its paws in the rivers of Saint Petersburg or an octopus tumbling out of a city bus would be a startling sight for most city dwellers. Artist Vadim Solovyov, though, takes those surreal scenes a step farther as he imagines massive rooks, penguins, and chameleons invading the Russian city. While many of the composites feature the animals in nature, some position them in spaces typically occupied by a human, like a sloth behind the candy-covered counter of a convenience store.

Solovyov tells Colossal that he began the uncanny series as a way to explore strange events in his real life. For example, he said the giant raccoon and its presumptive counterparts “quietly make their way through the deserted evening city to the embankments and shyly rinse something in the water there. Thoroughly. Not less than 20 seconds,” which is a reference to current handwashing suggestions to prevent COVID-19 from spreading.

The artist says he values his work’s visual and textual components equally.

Giant animals (are) only one of the features of this world. Their origin, the history of the world itself can be found in fragments from the texts under the posts. Many posts exist in the context of actual events in my city and country. Through my work, I often convey in a veiled (and sometimes weird) way important for me issues or problems of society (attitude to animals, politics, social flaws). But this, of course, does not exclude the fact that some works are an ironic “visual game” without additional deep meanings.

For the complete collection of the meandering wildlife and their respective stories, head to Solovyov’s Instagram. (via This Isn’t Happiness) 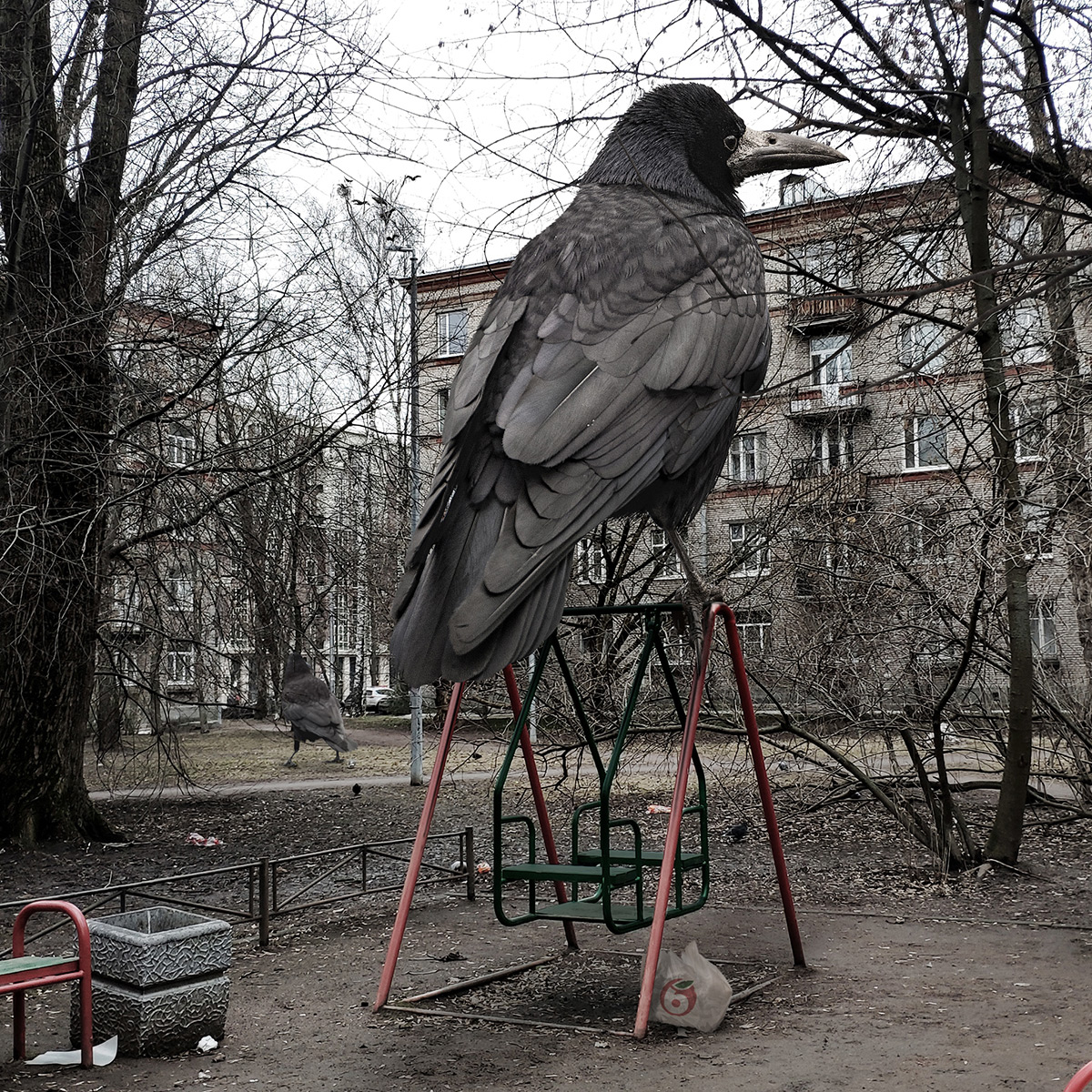 The Enchanting Echoes of the Cristal Baschet, a Rare Organ Made of Glass Rods, Metal, and Wood