Ten artists tell us about a key book they read this year and how it affected their practice.
—Eds. 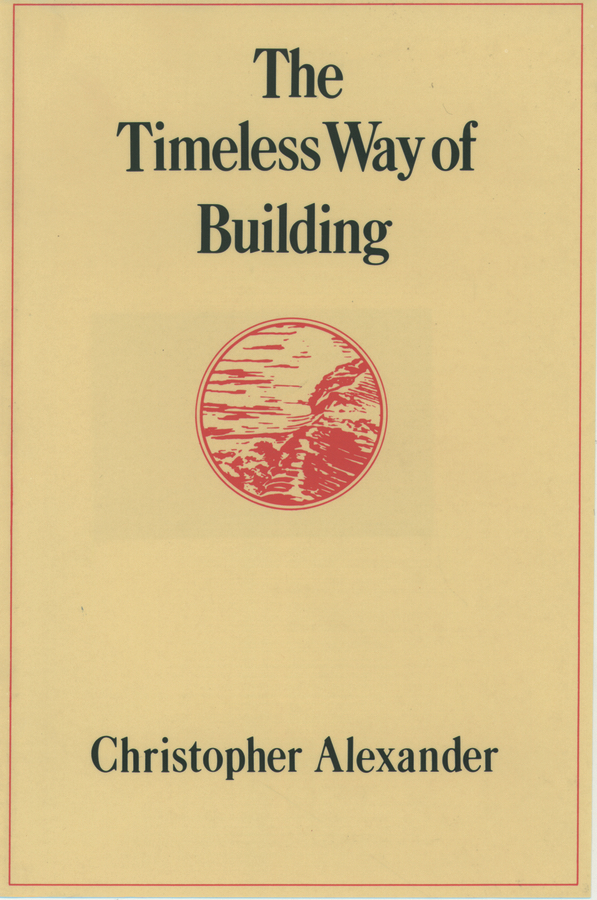 We love this book so much. Its streamlined layout and lucid, methodical style allow you to swim around inside it. Although we are not architects, we like to use this book as a lens to view ourselves as artists and to reimagine the function of art-making. Instead of viewing artists as isolated vehicles of their own genius, this book portrays them as conveying a collaborative energy for everyone and anyone. To us, making a good work of art is like building a world. This book offers us courage to pursue beauty and truth, creating a world that poetically contains what Alexander calls “the self-maintaining fire which is the quality without a name.” 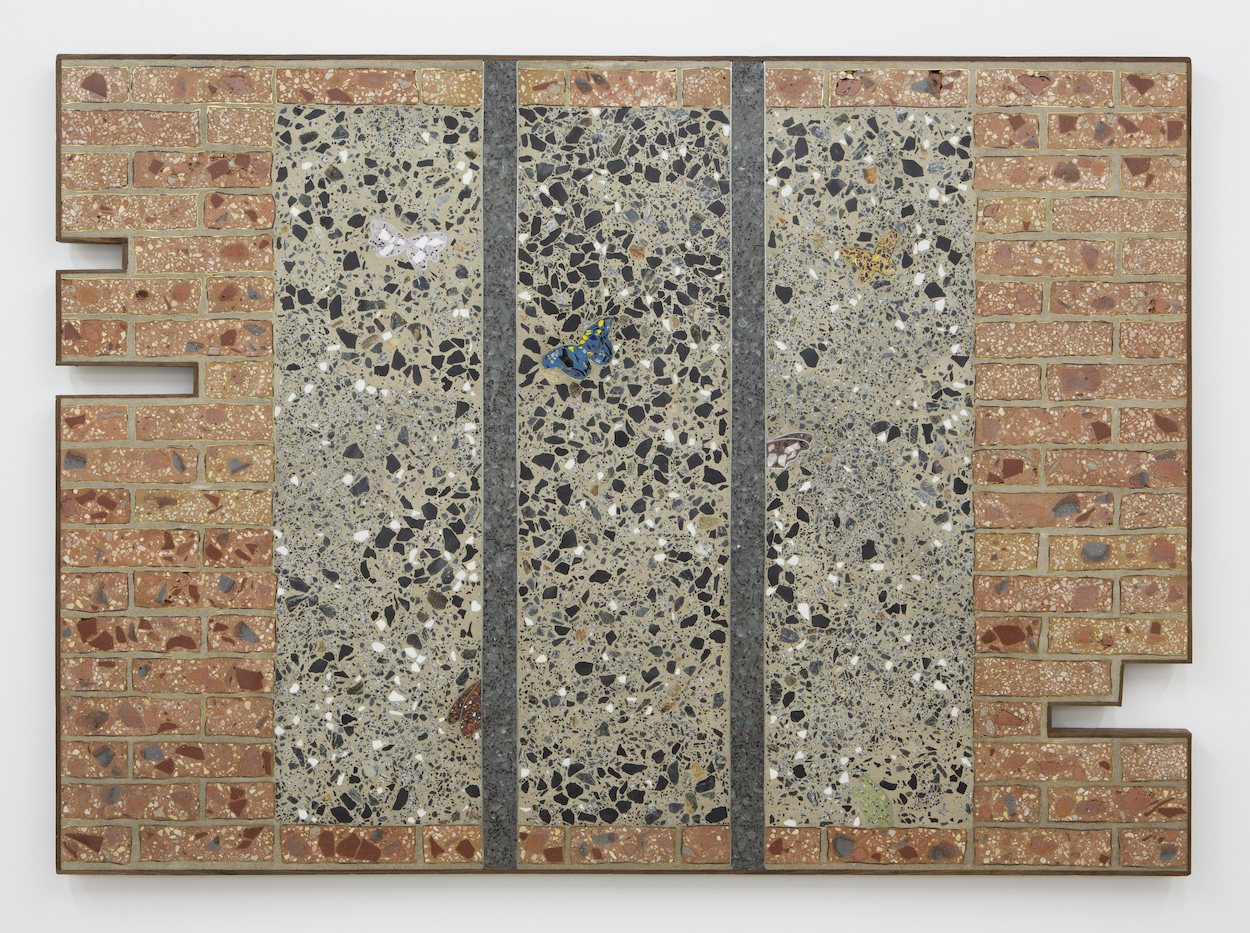 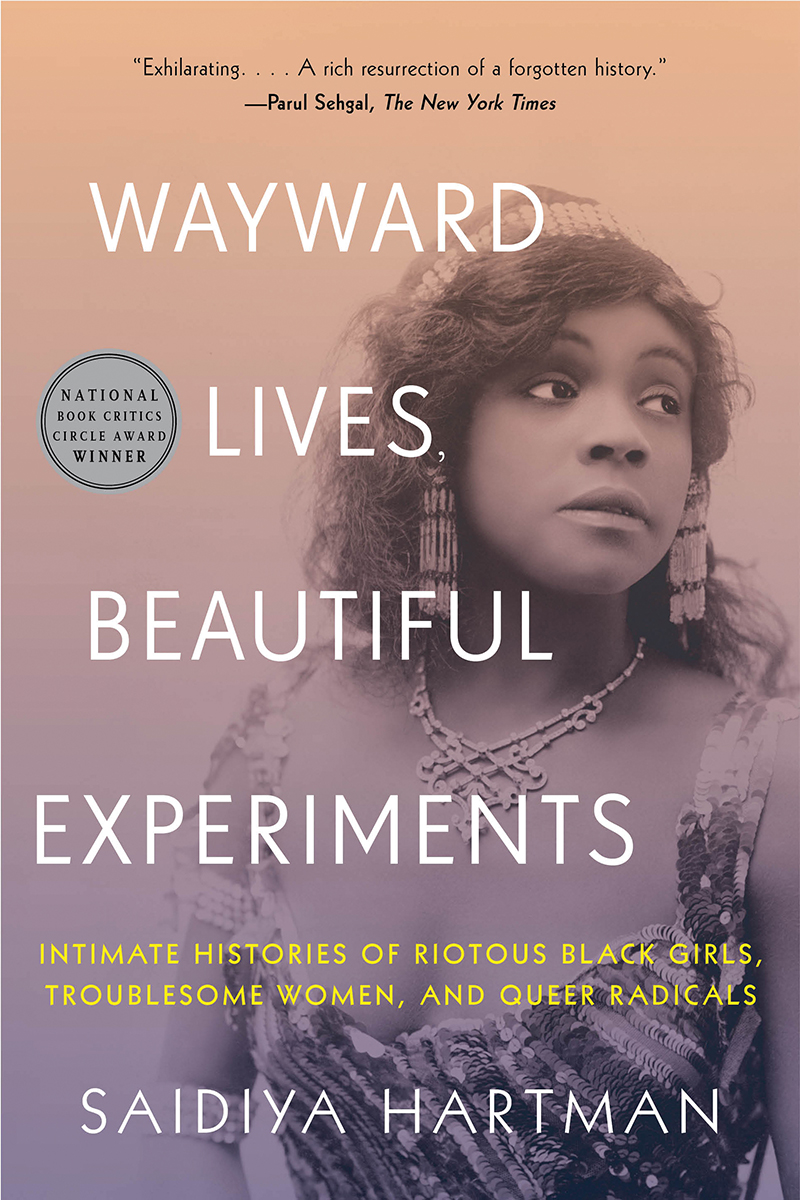 A return to the endless summers of childhood, to frolicking with wild abandon, drunk on honeysuckle dew, heavy humid air, and the feeling that comes from freed reins.

Wayward Lives, Beautiful Experiments is not that kind of coming-of-age story but a celebration of early 20th-century Black women who lived as if they were free. Saidiya Hartman, a cultural historian, weaves together intimate fictional portraits of “surplus women of no significance” who were largely unremarked upon by history. Gathering the few archived traces scrawled by debt collectors, parole officers, and psychologists, she illustrates these women’s lived realities as evidence of the social upheaval that transformed Black life in that period. Adrift, shiftless, and wanted, too slippery for definition, these wayward women remain apparitions, invisible givers and shapers of Black life and dreams.

Last year, I co-taught a class with scholar Lisa Vinebaum and artist Ebony Patterson called “Making in the Aftermath.” Sharing Hartman’s text with our students catalyzed candid and compassionate reflections on their own families’ histories, both recounted and unaccounted. Wayward Lives is timeless and timely. 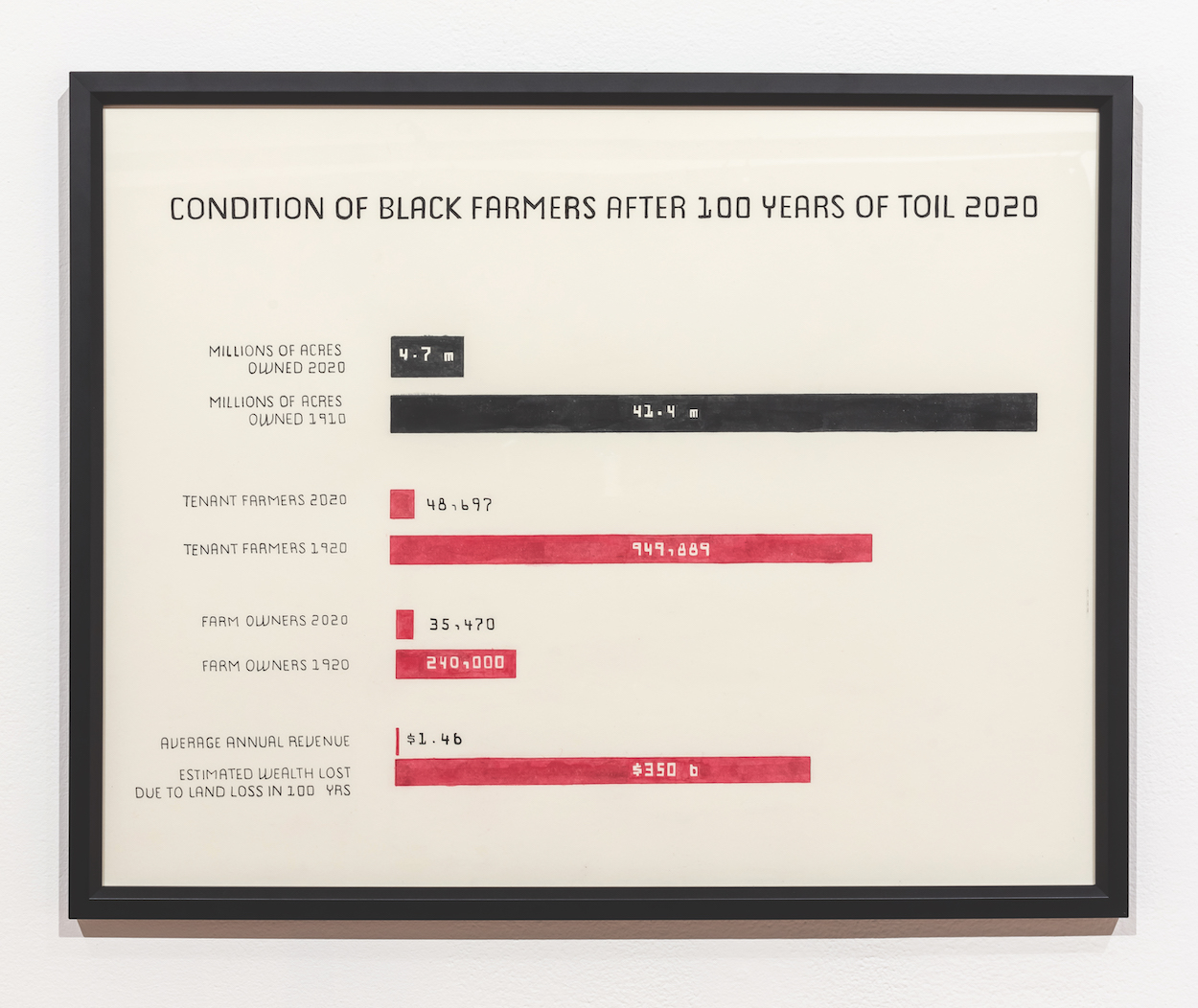 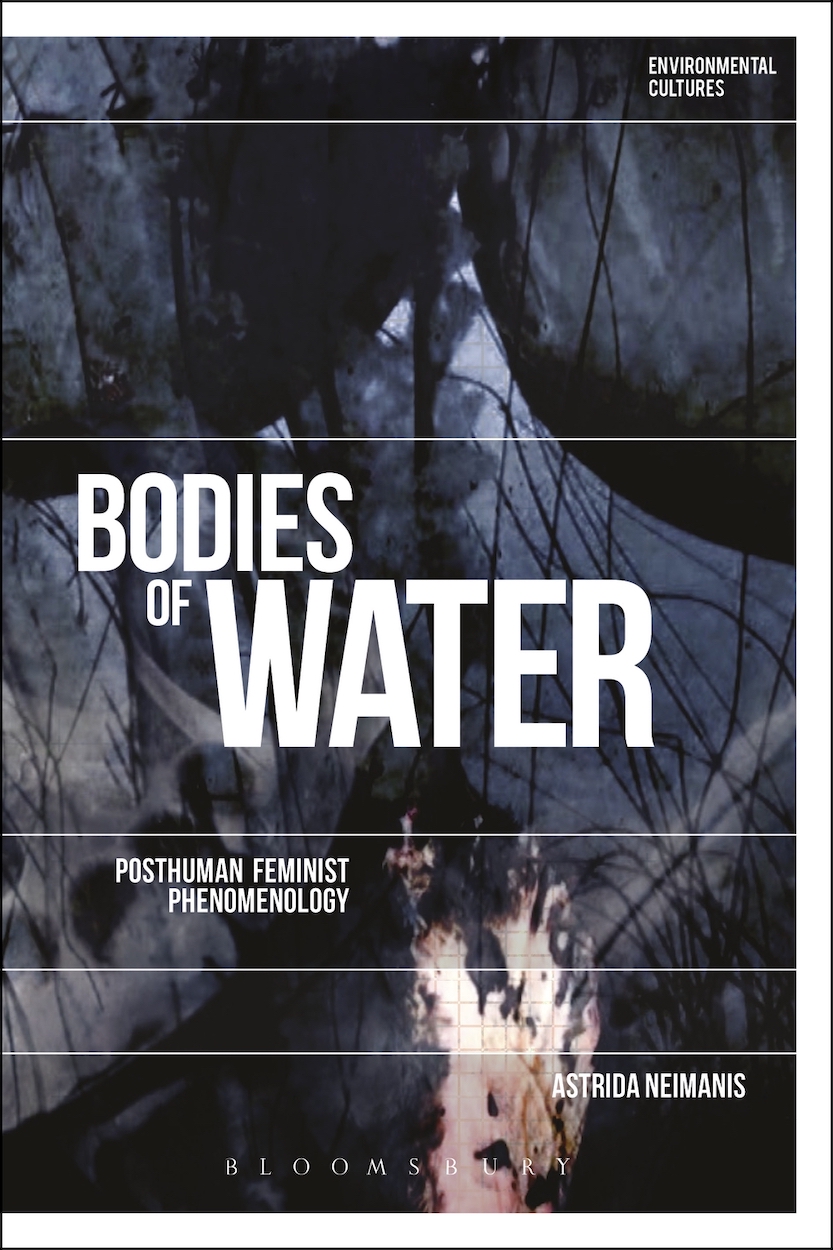 In Bodies of Water: Posthuman Feminist Phenomenology, cultural theorist Astrida Neimanis considers how water connects us to other humans and to other species, as well as to bodies of water that surround all of us. She calls these shared relationships to water our “hydrocommons.” Bodies are made up of this substance, which existed before bodies existed. Your water is the same as mine inside, but we’re very different people. Skin both links us to the outside world and separates us from it. In my own work, I’m using water as material and poetics and politics to question conventional modes of representation—thinking about the queer and trans body, or the fluid body, in relation to the containers of the bathtub, the swimming pool, the lake, the ocean. I’m interested in how science coins terms for what or who belongs where, and what makes up the borders of a body or a body of water, and who differentiates between inside and out. 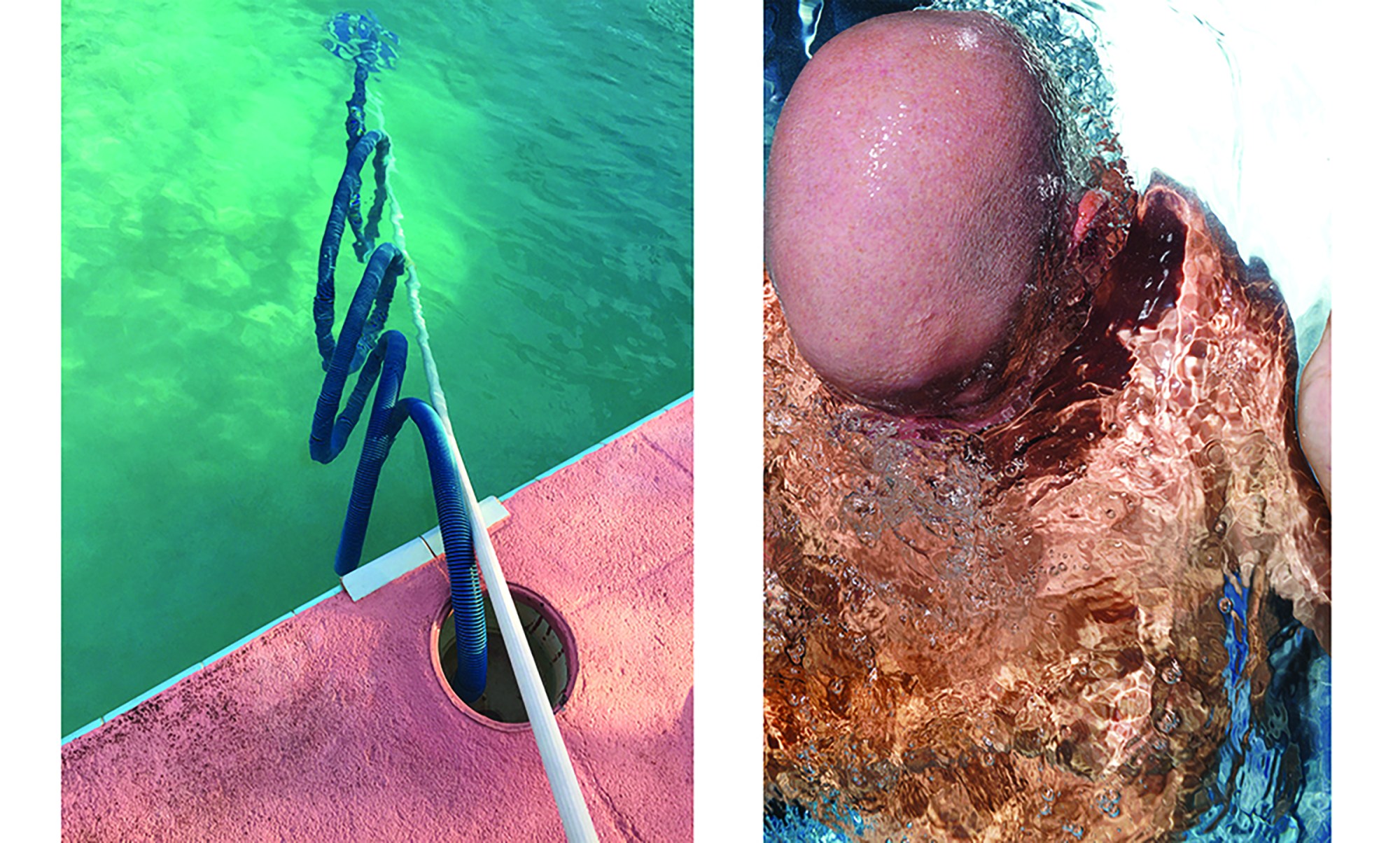 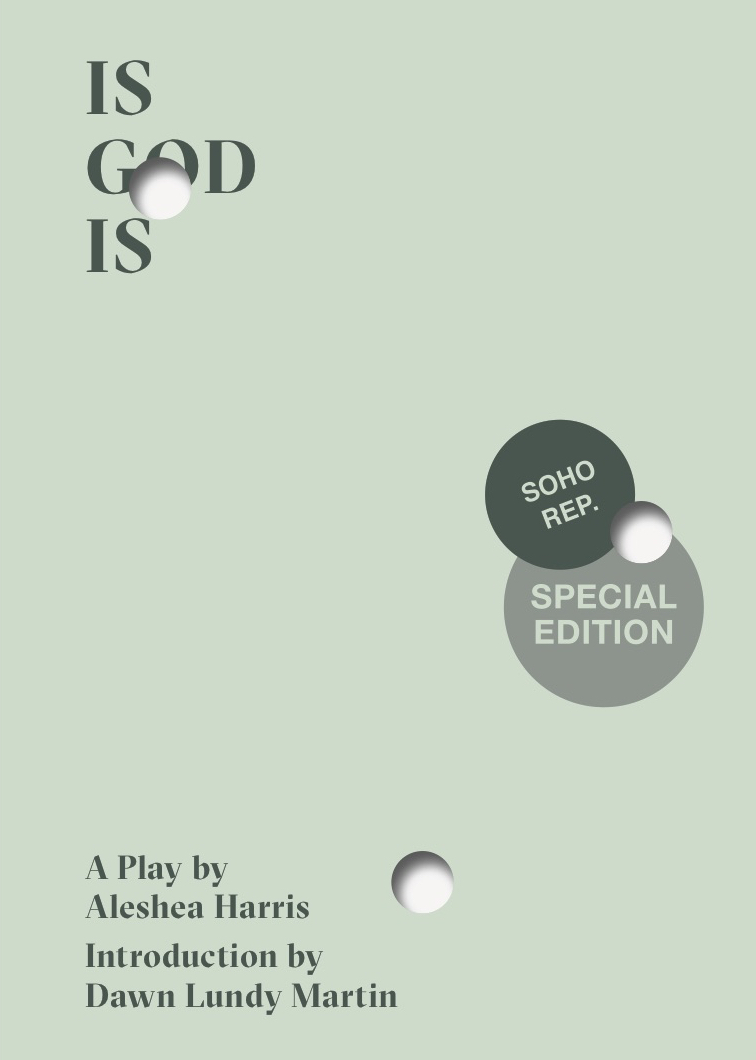 I often get stuck when I think about how impoverished the glyph, the line, and the page feel in the face of speech. And then something comes along to loosen me up: this year, it was the work of poet-playwright Aleshea Harris, whose scripts Is God Is (2016), What to Send Up When It Goes Down (2018), and On Sugarland (2022) are precise and generous. As a student, Harris studied with brilliant poet, librettist, and performer Douglas Kearney, who often uses innovative typography in his knotty, dense, visual poems. Harris lets letters stumble and drip from one line to the next, like a fountain or a sundae or a chandelier. Words crescendo and bulge, overlapping and colliding and sparking and making heat. In Is God Is, “I don’t rem / mem / ber” appears in a font so diminished, I myself shrink. “Every piece of the / p u z z l e? / What other pieces are there?” The sass! So much action compressed into so little. This spring, at New York Theater Workshop, I saw On Sugarland, in loose conversation with Sophocles’s Philoctetes. Epic and inspiring. I can’t wait to see it in print. 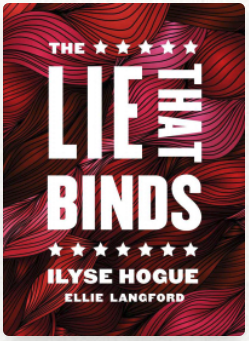 I picked up The Lie That Binds in the aftermath of Amy Coney Barrett’s hasty confirmation to the Supreme Court, with the uncertain fate of Roe v. Wade looming. I’d been researching abortion rights for a new body of work, and I turned to this book, among others, expecting an informative but possibly rather dry survey of the fights for and against abortion rights in recent United States history. Instead, I found myself completely engrossed in one of the most coherent and compelling analyses I’ve yet read on the intersection of sexual and reproductive-health rights, and questions of race and class. Looking at many facets of the Civil Rights movement, including school desegregation, tax policies, and the Voting Rights Act, the book charts the shifting cultural and political fault lines that helped turn opposition to abortion into a signifier of fervid conservative orthodoxy. 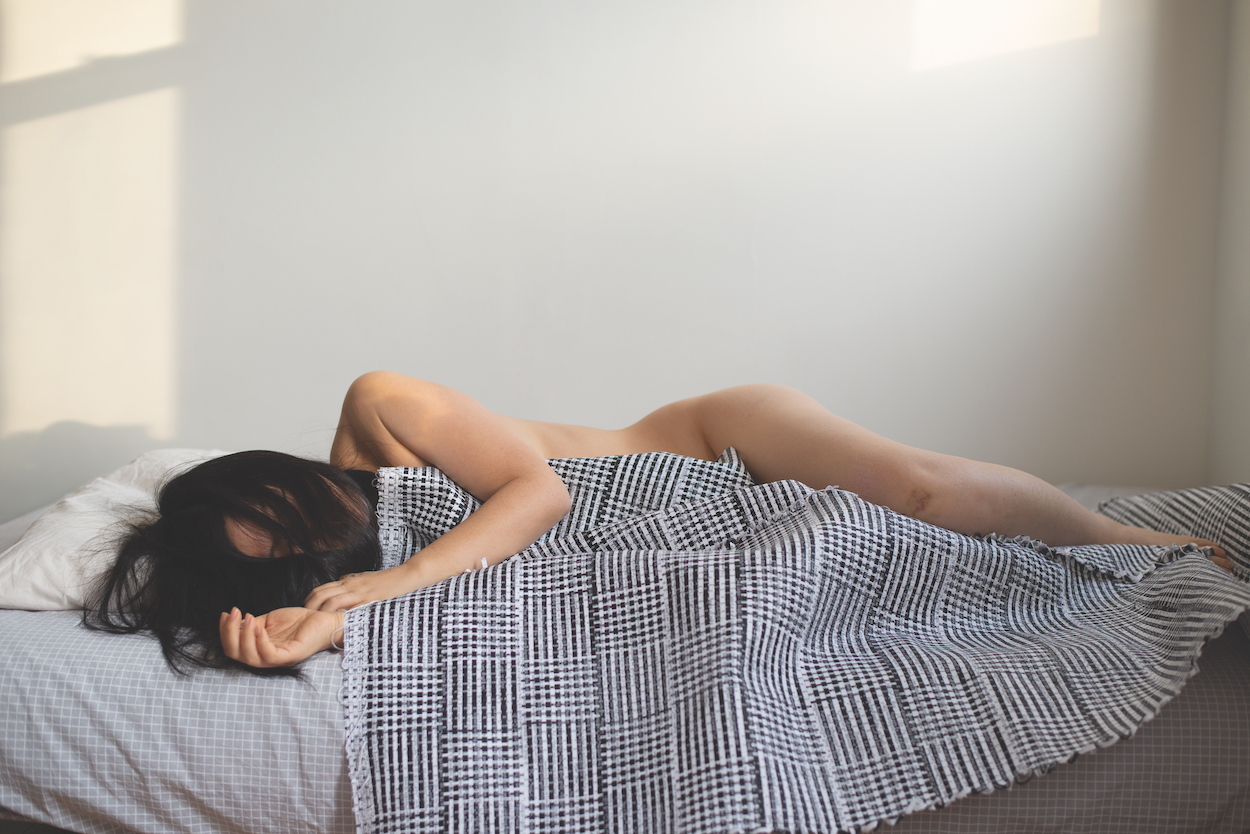 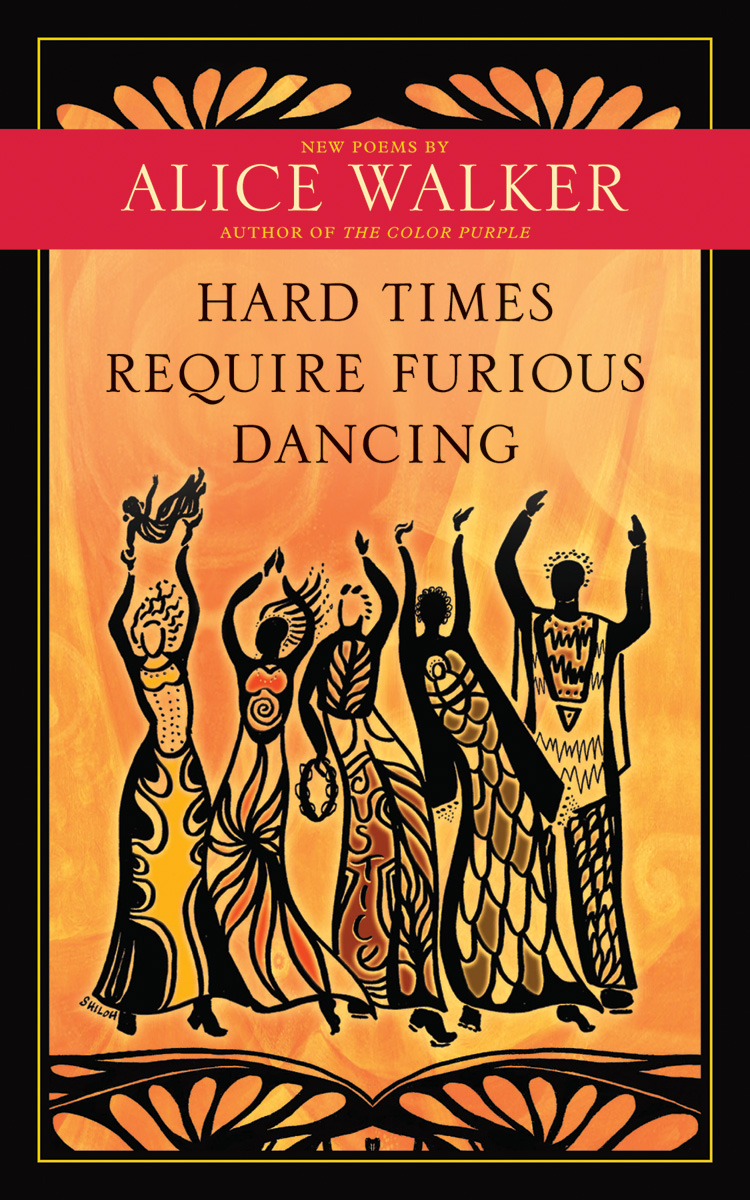 In the early morning hours of March 29, 2020, the sound of an ambulance woke me up. I made a post on my Instagram with a video recording of the street view from my window. The caption read, “It’s 6:30am. I haven’t been outside in a week. Birds sing and remind me of this question from a poem by Alice Walker, ‘What do birds/think/of/us?’” Walker’s book of poems Hard Times Require Furious Dancing is often with me. She encourages fierce healing to survive our catastrophic moment. Walker reminds us that “each of us is proof” of this requirement and advises, “What a waste/is any kind/of/grudge.” The truths and affirmations that I find in poetry are the seeds of inquiries in my practice. 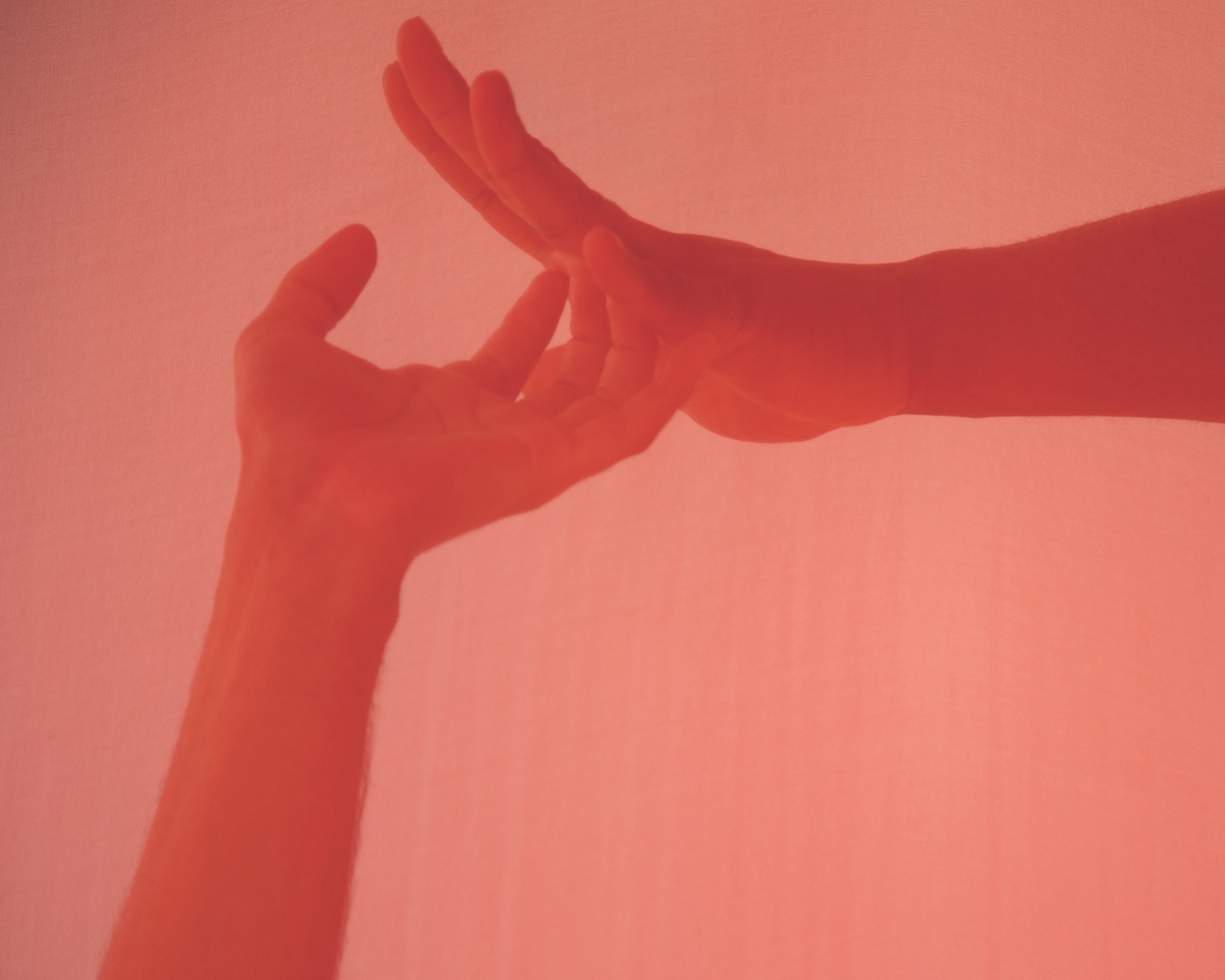 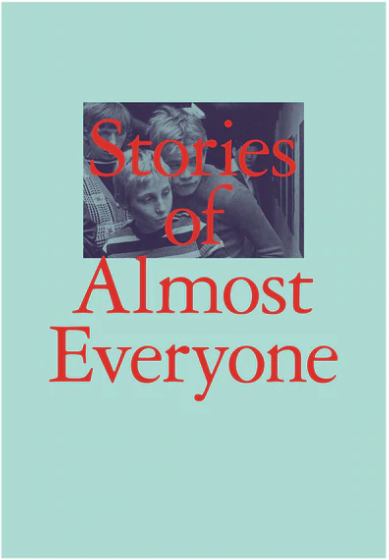 Hammer Museum, Stories of Almost Everyone (2018)

Stories of Almost Everyone is a collection of twenty-nine short essays that consider the narratives that objects hold, and the failures of institutions and others speaking on objects’ behalf. The book was published alongside the eponymous exhibition at the Hammer Museum.

As an artist who spends considerable time thinking about objects, I appreciated the different ways contributors approached the conversation: philosophically, historically, critically, intimately. Poet CAConrad’s piece—about the unthinkable rape and murder of their boyfriend and the ritual they performed (using two quartz crystals) to save themselves from consuming grief—brought me to tears when I first read it, and it continues to haunt me. Beyond the horror of hate crimes and violence in our country, this particular text captures the timeless logic of an individual’s need for ritual (and a ritual’s need for objects).

Other texts—by Ikechukwu Onyewuenyi, Chris Kraus, and Charles Ray—have also stuck with me, and I keep this book at my studio to reread when I need to. 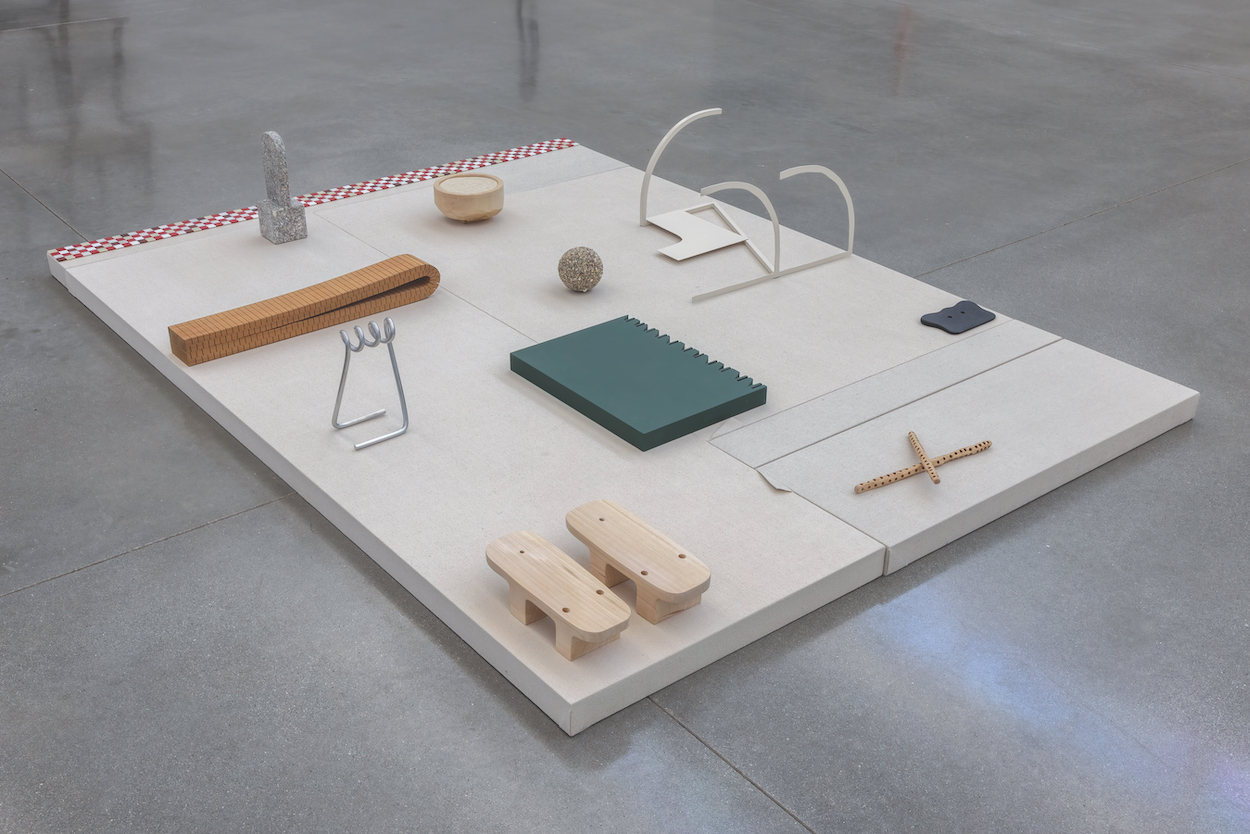 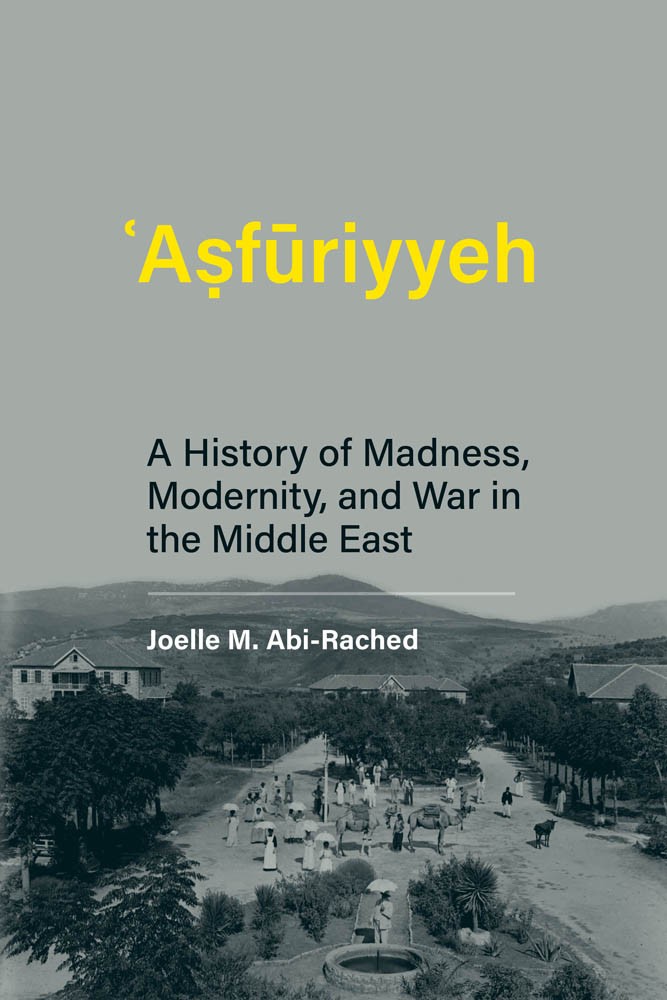 Joelle M. Abi-Rached,
ʿAṣfūriyyeh: A History of Madness, Modernity, and War in the Middle East (2020)

ʿAṣfūriyyeh was one of the first mental health hospitals in Lebanon. When it was founded in 1896, it was an emblem of the medical sector’s modernization. But it became stigmatized, and by the time I was born, in 1983, it had shut down. It existed for years in my imagination until my first year of college in Beirut, when I got to visit the site. It was a modern ruin, a time capsule on top of a hill overlooking the city.

Joelle M. Abi-Rached’s account of ʿAṣfūriyyeh balances a clinical approach to history and a subjective desire to analyze this place in order to understand Lebanon’s past and present conditions. I am interested in such places because of their potential for not only investigation but reinterpretation. You can insert yourself within their history, affect the way they are remembered. I now realize how much this place has informed my practice. I find myself in between the imagination and reality, and with both of those, I can actually make something. 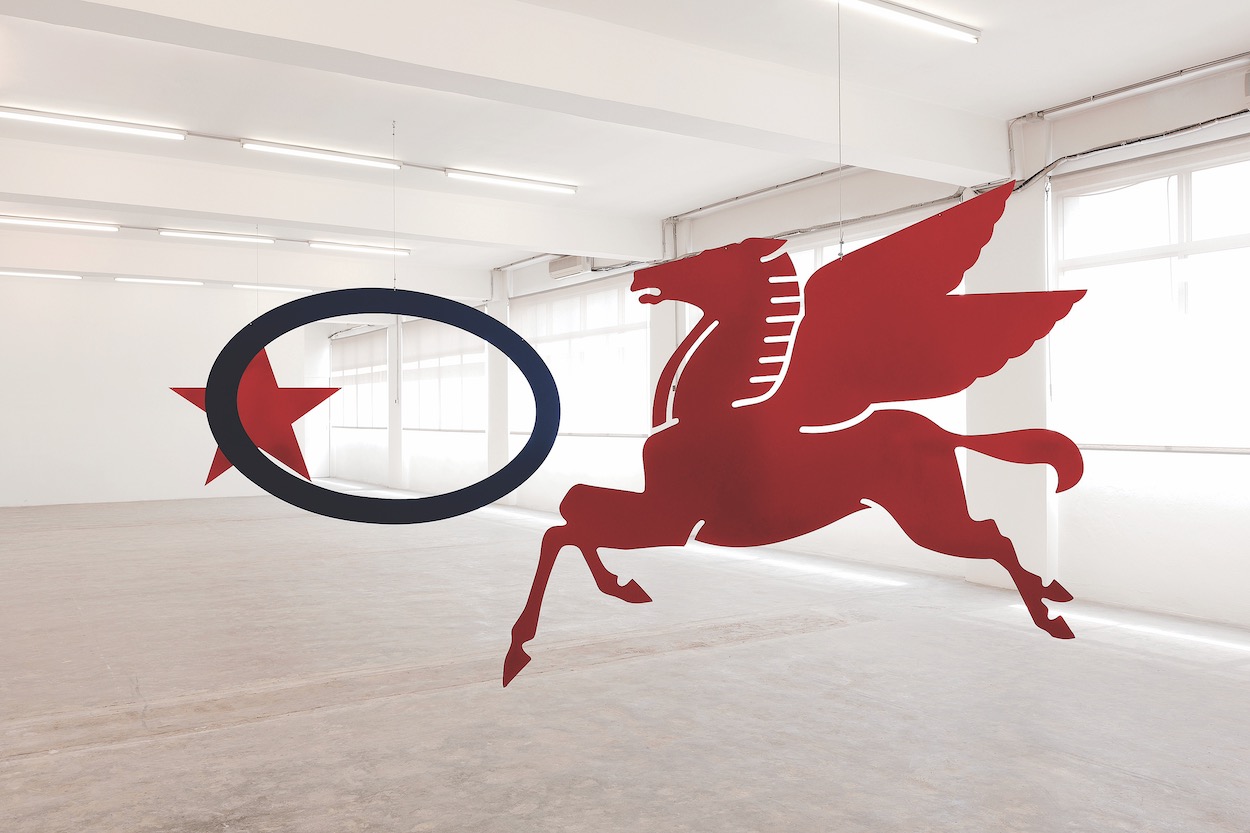 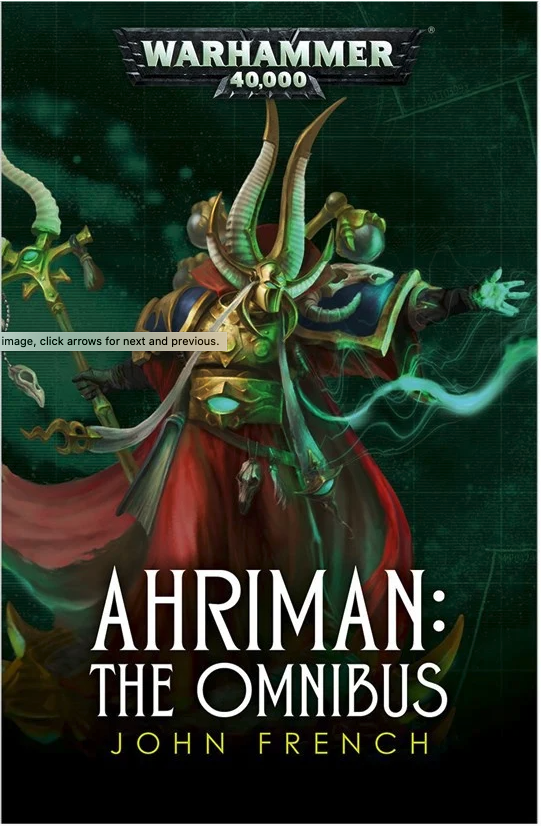 Shame and guilt motivate Ahzek Ahriman, a 10,000-year-old sorcerer from Old Earth’s Iran, on his journey through deep space in the far future. John French’s Ahriman: The Omnibus would be a relatively standard Space Opera but for the stunning descriptions of metaphysical travel and violence.

Utterly ancient and completely immature, Ahriman surrounds himself with others of his kind: conjurers of demons, builders of artificial intelligences, preening swordsmen, mystic artillerymen, and hollow ghosts. These characters straddle the astral, psychic, and physical realms, waging ugly and humiliating battles with themselves, their brothers, and the psychic afterimages of their dead and eaten enemies, who live on in their brains.

It is fascinating to read a story about posthumans, irrevocably dehumanized living beings, attempting to use their tawdry magical practices to make themselves feel human and “normal” again, ways of being that they can barely remember. 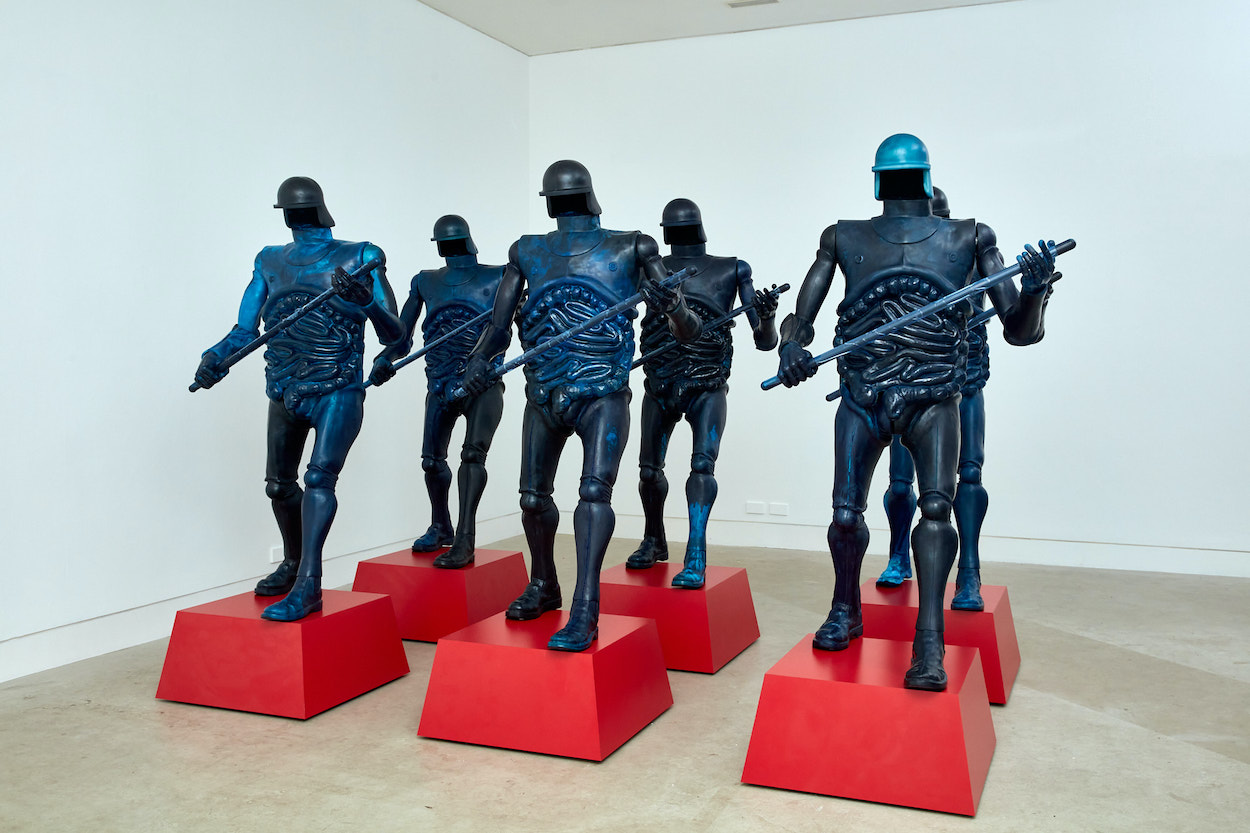 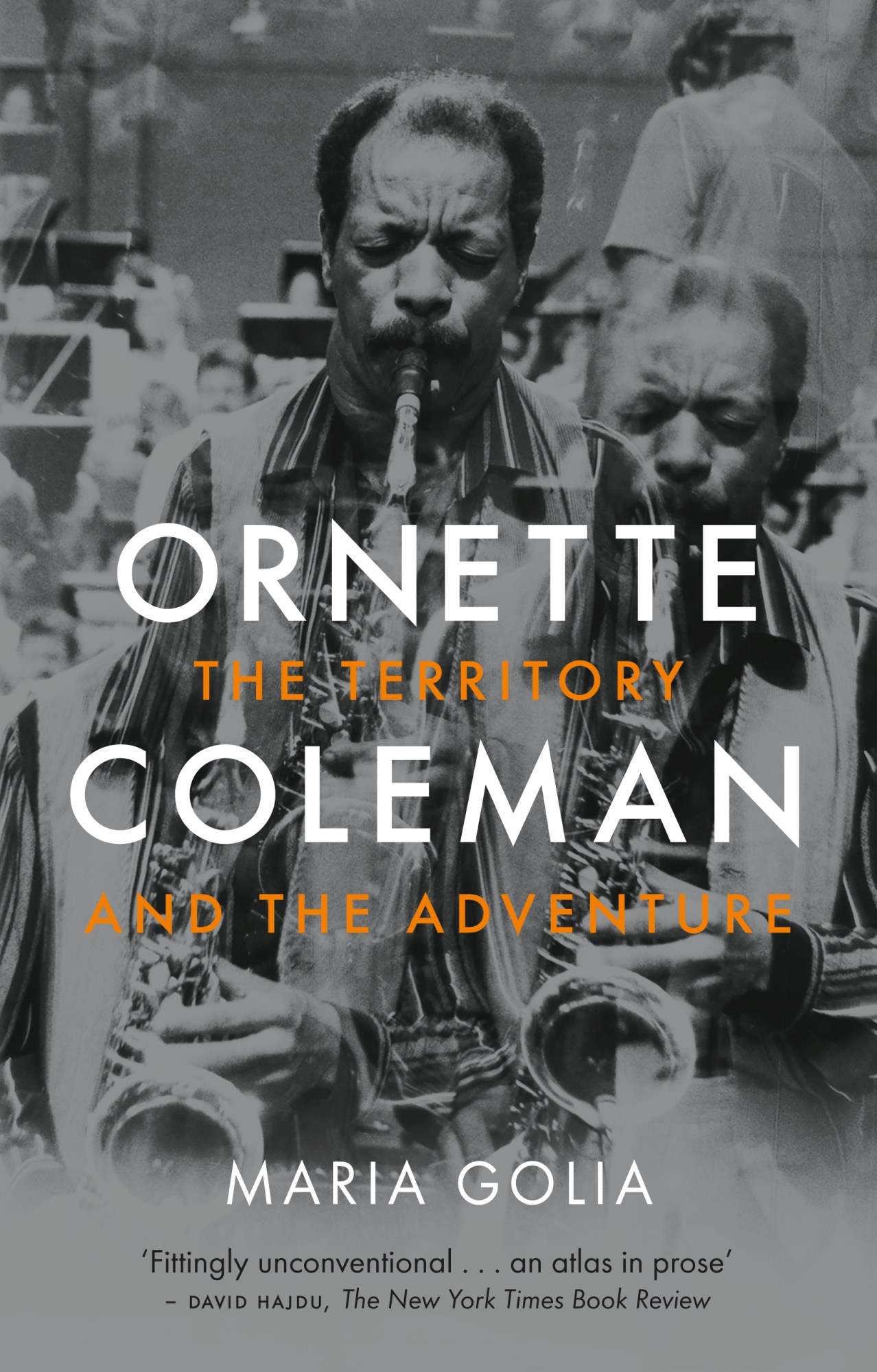 Maria Golia, Ornette Coleman: The Territory and the Adventure (2020)

This book is a compelling portrait of the musician and composer Ornette Coleman told through the economic and sociopolitical history of his birthplace, Fort Worth, Texas. Though Coleman seems always to have been on the margins of the city’s music scene (he was kicked out of his high school band for improvising over Sousa’s “Washington Post”), it appears the city was supportive and inspiring enough to shape him and a string of local musicians who would make important contributions to the field of so-called jazz.

Apart from its historical content, this book has had a tremendous influence on my thinking about “sonic territory,” the sounds and music specific to a region or locale. It helped me formulate a group of works that acknowledge the Texas Trinity River basin as an important sonic territory in American music. It is the place of origin for many heavyweights—not only Coleman but also Blind Lemon Jefferson and Sly Stone. 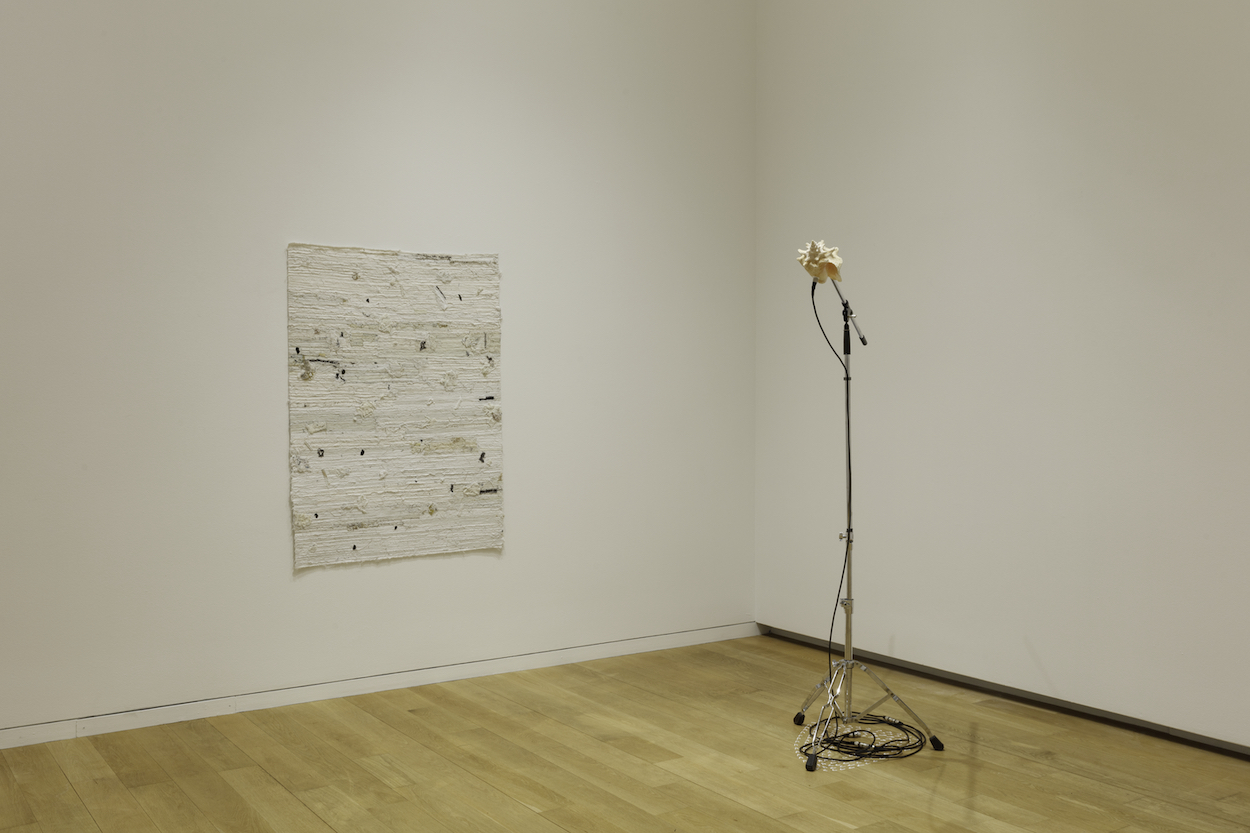 View of Jamal Cyrus’s 2022 exhibition at the Modern Art Museum of Forth Worth.