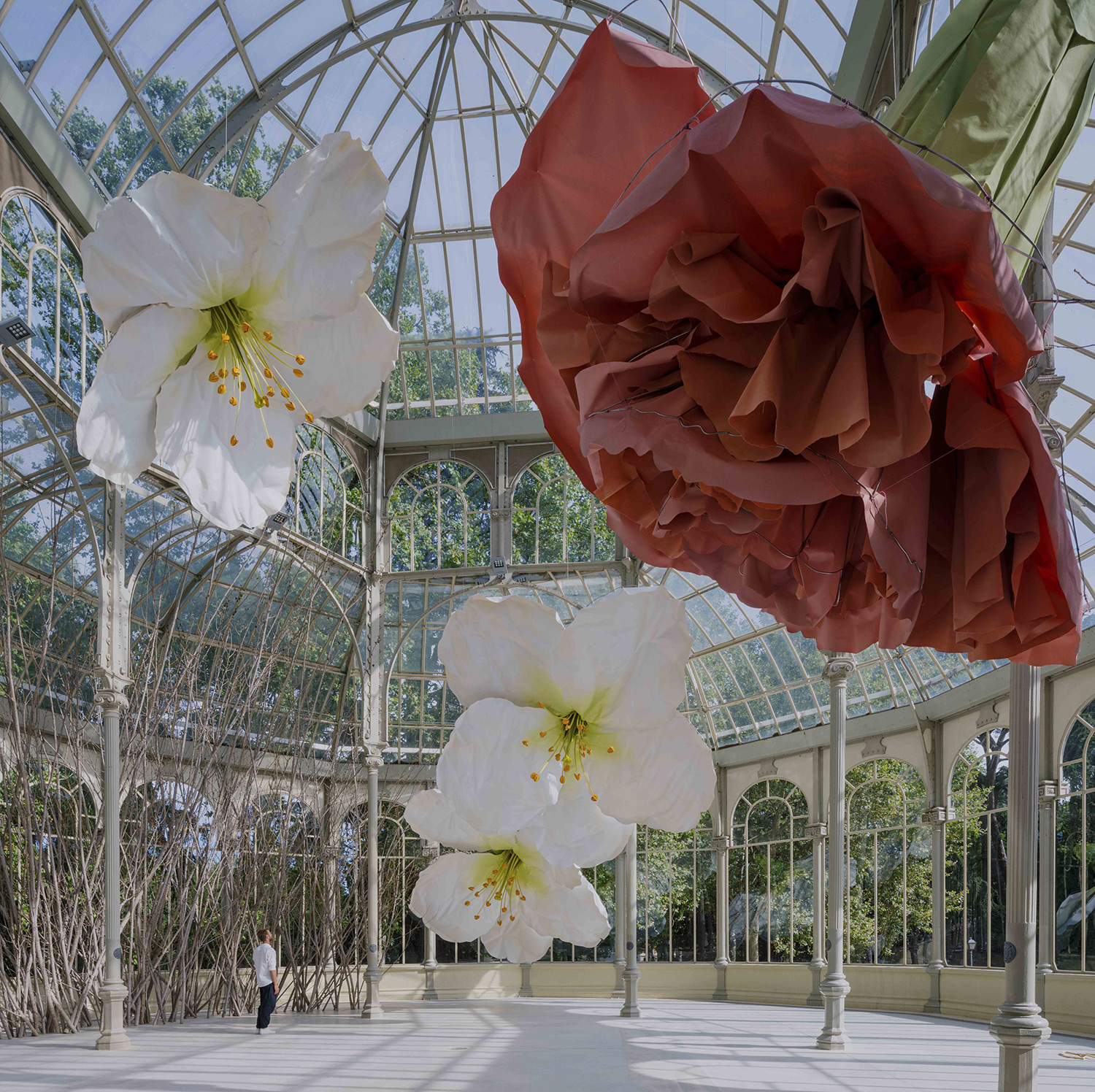 Bowerbirds are renowned for one of the most unusual courtship behaviors in the animal kingdom, where males build elaborately decorated nests—called bowers—in an attempt to court a mate. Kosovar visual artist Petrit Halilaj drew inspiration from this unique ritual for his first solo exhibition at Reina Sofia’s Palacio de Cristal (previously) in Madrid. Titled “To a raven and the hurricanes which bring back smells of humans in love from unknown places,” the installation serves as a metaphorical nest that connects the inside and outside spaces of the palace and features several avian elements like trays of birdseed and a giant pair of bird’s feet that descend from above.

The collection of artworks is actually a collaborative effort between Halijaj and his life partner artist Álvaro Urbano, who helped construct the oversized forsythia, palm seeds, cherry blossom, poppy, carnation, and lily that fill the space. “I wanted to conceive Palacio de Cristal as a place for the celebration of love,” Halijaj shares. From the museum’s release:

There is something strange and disproportionate about the size of this nest, the gigantic scale of its flowers, and the comfort and centrality it offers the birds. The artist thus suspends the logo-centric perspective that makes us believe we are the center and measure of all things, encouraging us to recognize ourselves as just one more element among many. The nest is thus revealed as the setting for a ritual that lies in wait for encounters, alliances and unions among its different visitors, altering and changing with the space.

“To a raven…” is open now through February 28, 2021 at the Palacio de Cristal, and you can see more views on Yellowtrace. New in the Shop: 20~20 Prints by Marley Hutchinson & Madeline Cass