Suellen Rocca, whose figurative drawings, paintings, and sculptures exude a free-spirited creativity that has influenced many, has died. Her death was announced by the Elmhurst Art Museum in Illinois on Saturday. She was in her late seventies. A representative for New York and Los Angeles’s Matthew Marks Gallery, which represents her, did not immediately confirm her age or cause of death.

Rocca is considered a legend within the Chicago scene. Having risen to fame during the 1960s for her work as part of the Hairy Who group, she is now widely known for her oeuvre that mashes together various cartoonish forms that, at the start of her career, drew on pop-cultural imagery, from the photographs she saw in jewelry catalogues to pictures found in workbooks for kindergarteners.

The Hairy Who artists, who are also now known as the Chicago Imagists, banded together in 1966, and originally included Jim Falconer, Art Green, Gladys Nilsson, Jim Nutt, and Rocca. Shortly after its formation, Karl Wirsum joined the group, whose members all attended the School of the Art Institute of Chicago.

Working in opposition to the haughty, theory-heavy Minimalist and Conceptual art coming out of New York at the time, the artists created figurative paintings and drawings that relied on a mélange of source material, from Oceanic art to comic books. At a 2015 talk held at Matthew Marks’s New York gallery, Falconer said that the Hairy Who artists’ work captured “the countercultural energy of the time.” As for Rocca herself, she told Garage magazine in 2018 that, at the time, “while New York was cool, Chicago was hot.” 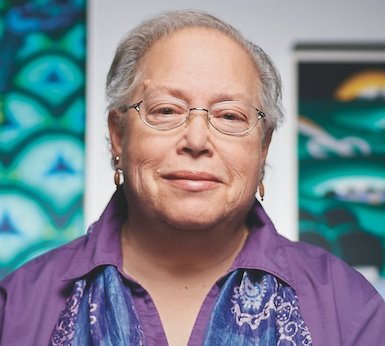 The liberated, somewhat jokey energy of the Hairy Who group infiltrated Rocca’s work as well. Her ’60s art is full of bizarre, idiosyncratic arrangements of forms that contain no narratives or overt symbolism. Silhouettes of nude women’s bodies intermingle with blobby hands; see-through handbags contain text that sounds like advertising slogans. Her works from this era—which are looser in style than the precise semi-abstractions of her colleagues, though no less intriguing—are nearly impossible to mine for meaning, but they are all the more fascinating because of it.

The Hairy Who disbanded in 1969, just three years after its formation, but the group’s influence has been immense. A recent spate of young and mid-career figurative painters has drawn heavily on Chicago Imagist styles, and it is not difficult to imagine that artists such as Dana Schutz and Sue Williams may at some point have looked to Rocca’s work for inspiration.

In spite of the Hairy Who’s stardom in the Chicago scene, the movement’s influence has historically largely been downplayed at some of America’s biggest institutions outside the Windy City. This has begun to change in recent years, thanks in part to the work of curator Dan Nadel, whose 2015 exhibition “What Nerve! Alternative Figures in American Art, 1960 to Present” ignited widespread interest in the group. (The exhibition was staged at the Rhode Island School of Design Museum in Providence and Matthew Marks Gallery in New York.) One year after that show appeared at Matthew Marks, Rocca had her first New York solo show at the gallery. A survey of her art is slated to open at the Secession museum in Vienna later this year.

Suellen Krupp was born in 1943 in Chicago. She was raised by a middle-class Jewish family, and when she was 16 years old, she began attending the School of the Art Institute of Chicago, where she was taught by Ray Yoshida, a figurative painter who encouraged his students to work according to their gut feelings. “Ray was interested in [students] finding their voice: ‘What is it you want to say? Forget about any of the other stuff,’” Rocca recalled in a 2015 oral history. In 1962, she married Dennis Rocca, whom she divorced in 1975. 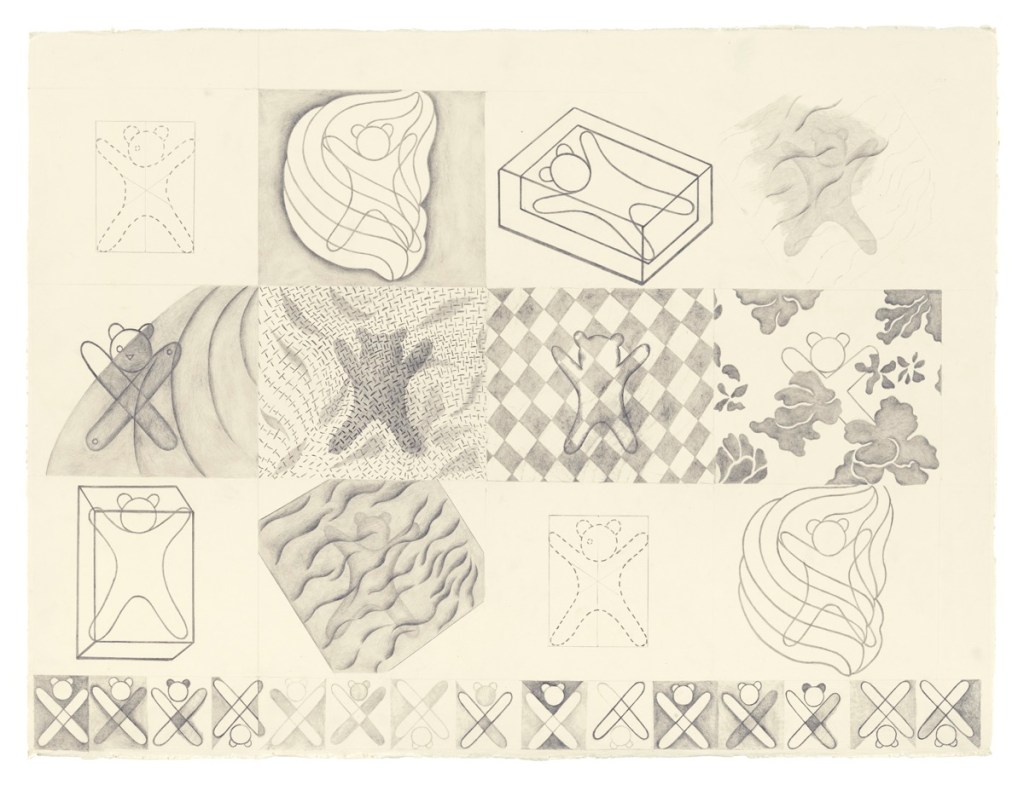 During the late ’60s, Rocca alternated between raising her two young children and making art, working on both activities simultaneously in her home. “My son would take a nap and I’d rush to my knotty pine studio and work on a painting,” she told Nadel in a 2015 interview. “Having a toddler and a baby, and all these exciting shows, it was wonderful. It was a happy time.”

In the 1970s, while based in northern California, she stopped working entirely, and didn’t return to her art until 1981, when she moved back to Chicago. When she came back to making her paintings and drawings, her style had shifted dramatically—she was now working based on internal feelings rather than external ones, in ways that recall Surrealist art’s emphasis on automatism. Gone were the influences from mass media. In their place appeared more expressionistic forms, a few of which were even borrowed from Rocca’s dreams.

Rocca’s playfulness and emotional generosity is immediately apparent in her post-’80s works. For one 2012 piece called Teta, Rocca envisioned an animal-like figure in various guises—ensconced in what appears to be a clear flame, abstracted into the form of an X, laid on top of a checkerboard floor. The work is named after her grandson’s teddy bear, and it refers to the game of hide and seek that the two would play with the stuffed animal.

In the later stages of her career, Rocca continued to be a force in the art scene of the Chicago metro area, working as an adjunct faculty member in the art department of Elmhurst College, just 18 miles outside the Windy City, and as the curator and director of exhibitions at the school’s art gallery, which houses a notable collection of Chicago Imagist pieces. She encouraged a sense of curiosity among her students. In her Garage interview, she said, “What I tell my older students now is you need to look, because after we think we’ve seen things we don’t look at them anymore.”

“A Small Pool of White Light” by Photographer Jesse Boyd-Reid