By turning to a painting by Jean-Michel Basquiat for the cover of The New Abnormal, the Strokes ensured a certain amount of interest by aligning themselves with a legend—while also tapping into a rich lineage of album art designed by artists of note. It makes sense, of course—artists being artists. But still, the tradition is as long as it is varied and ripe for surprise.

Below are 10 album covers designed by artists working both inside and outside their more normal modes. 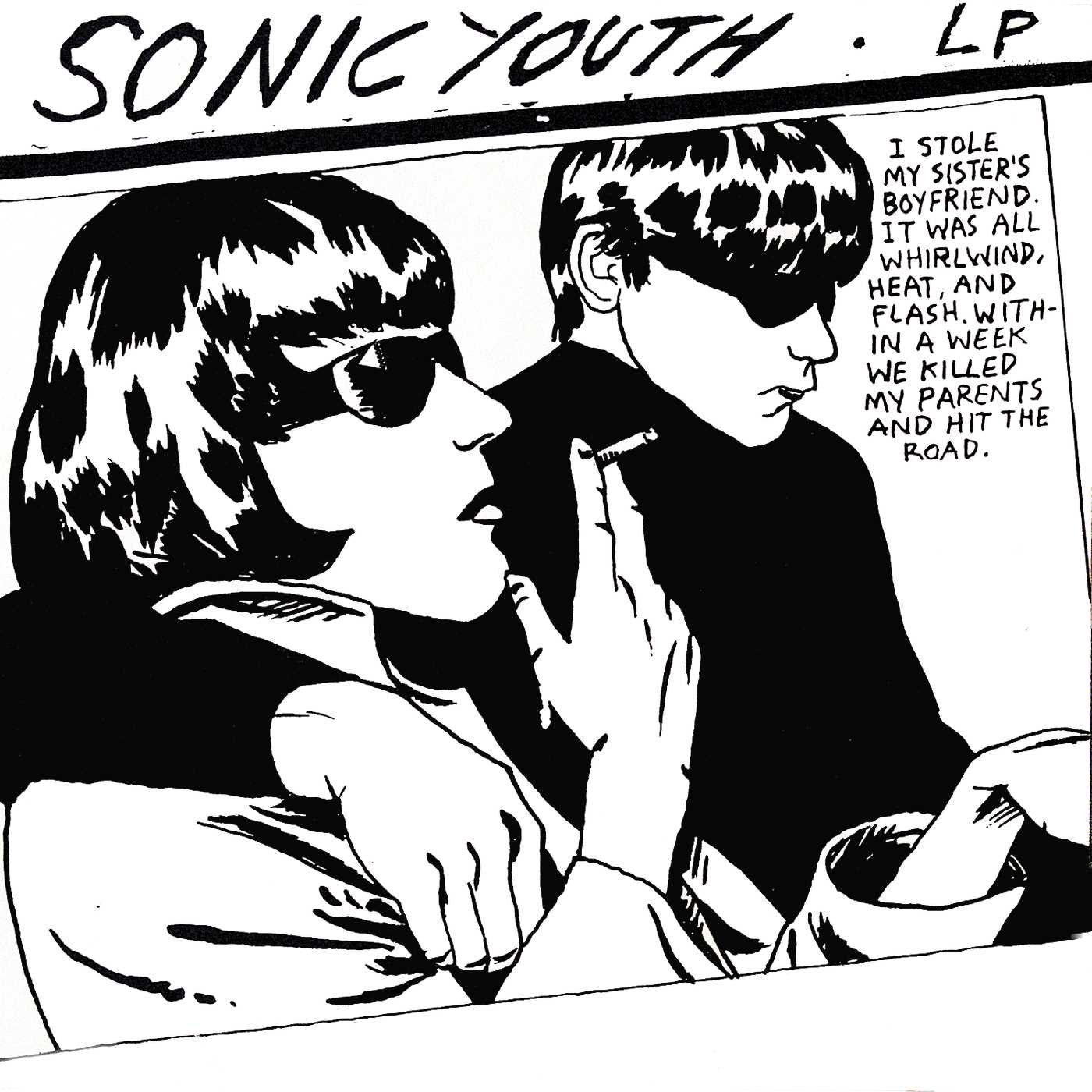 Raymond Pettibon for Sonic Youth’s Goo (1990)
The cover of Goo by downtown New York noise-rock band Sonic Youth has a novel’s worth of story condensed into a few words within a dark and undeniably cool drawing by Raymond Pettibon, whose prolific work has taken everything from surfing-minded renderings of waves to politically pointed portraits of wrongheadedness of all kinds. 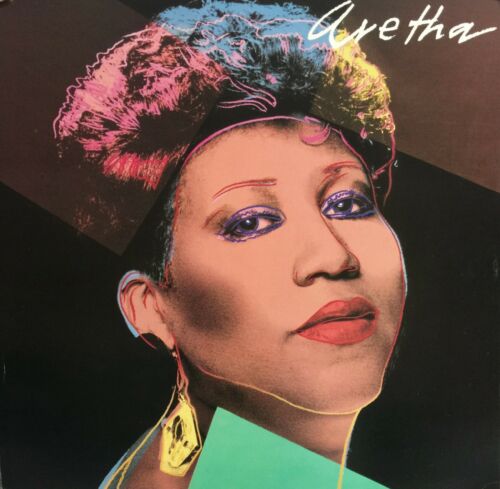 Andy Warhol for Aretha Franklin’s Aretha (1986)
Andy Warhol designed several celebrated album covers (mostly notably for the Velvet Underground and the Rolling Stones, whose Sticky Fingers included a zipper incorporated into a picture of a very tight pair crotch-hugging jeans). But his portrait for Aretha Franklin’s 31st studio album is unusually forthright and direct—with the Queen of Soul staring out amid some extra accentuation that gives her a very, very ’80s look. 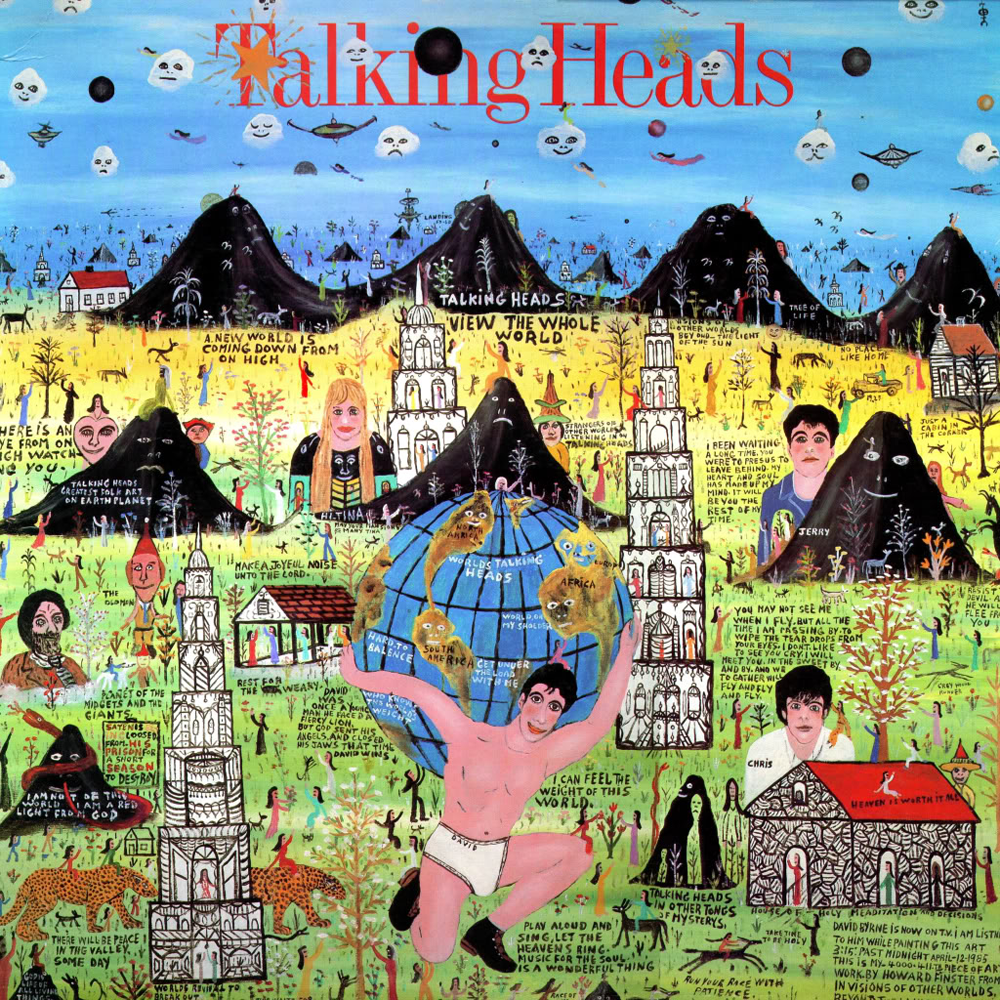 Howard Finster for Talking Heads’ Little Creatures (1985)
The cover for Little Creatures (the album bearing the hit singles “And She Was” and “Road to Nowhere”) is a painting by Howard Finster, an artist and Baptist minister who made a surreal sort of pilgrimage site at his home known as Paradise Garden in rural Georgia. Talking Heads frontman David Byrne has long fancied so-called “outsider art” of the kind (and Finster also made a painting that featured on the front of R.E.M.’s 1984 album Reckoning). 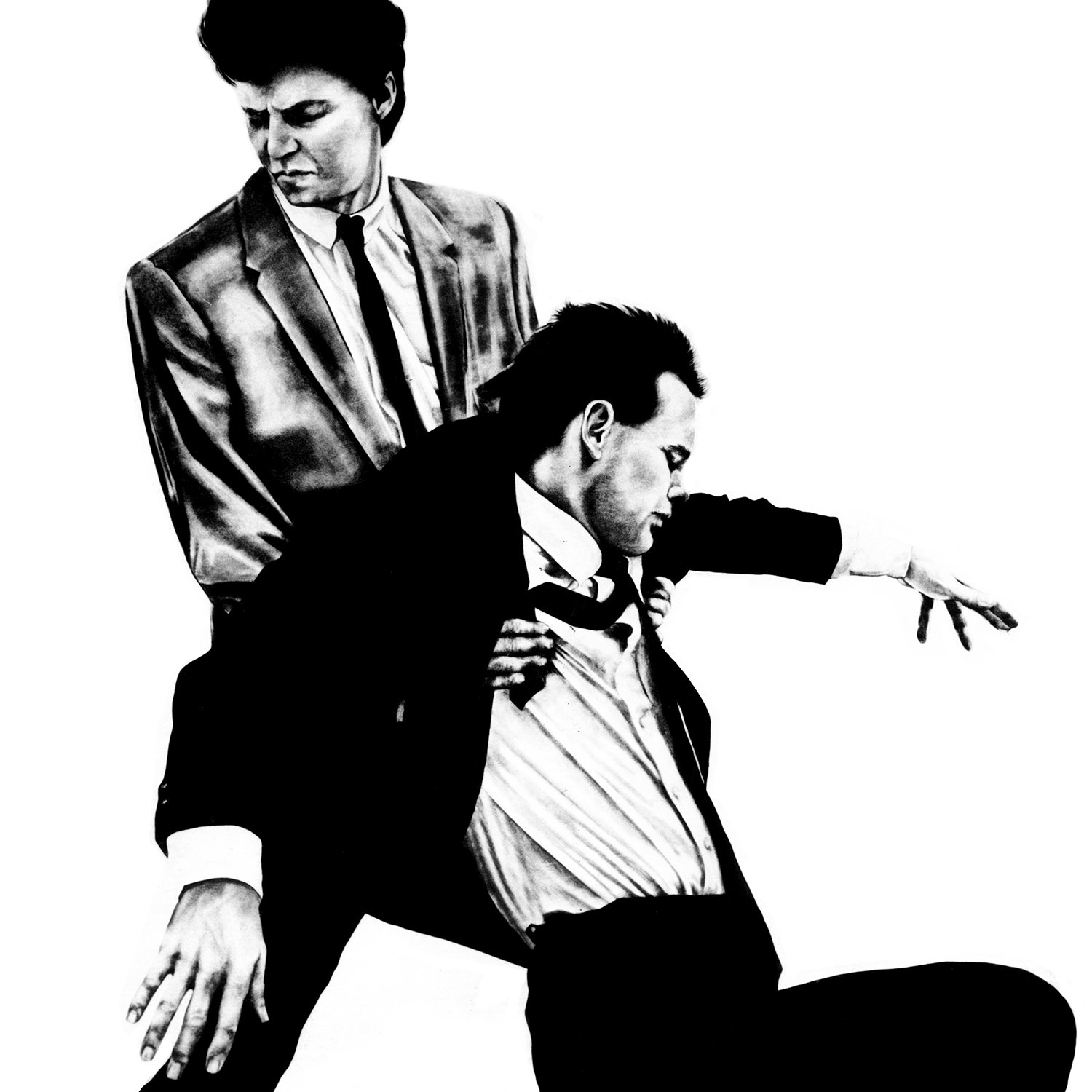 Robert Longo for Glenn Branca’s The Ascension (1981)
The maelstrom of detuned guitars summoning a symphonic din on Glenn Branca’s The Ascension was encased in a cover bearing a stark black-and-white drawing from Robert Longo’s “Men in the Cities” series inspired by photographs the artist staged and later translated into illustrations. (Longo is also a musician himself, having led the downtown New York band Robert Longo’s Menthol Wars and also worked with avant-garde composer Rhys Chatham.) 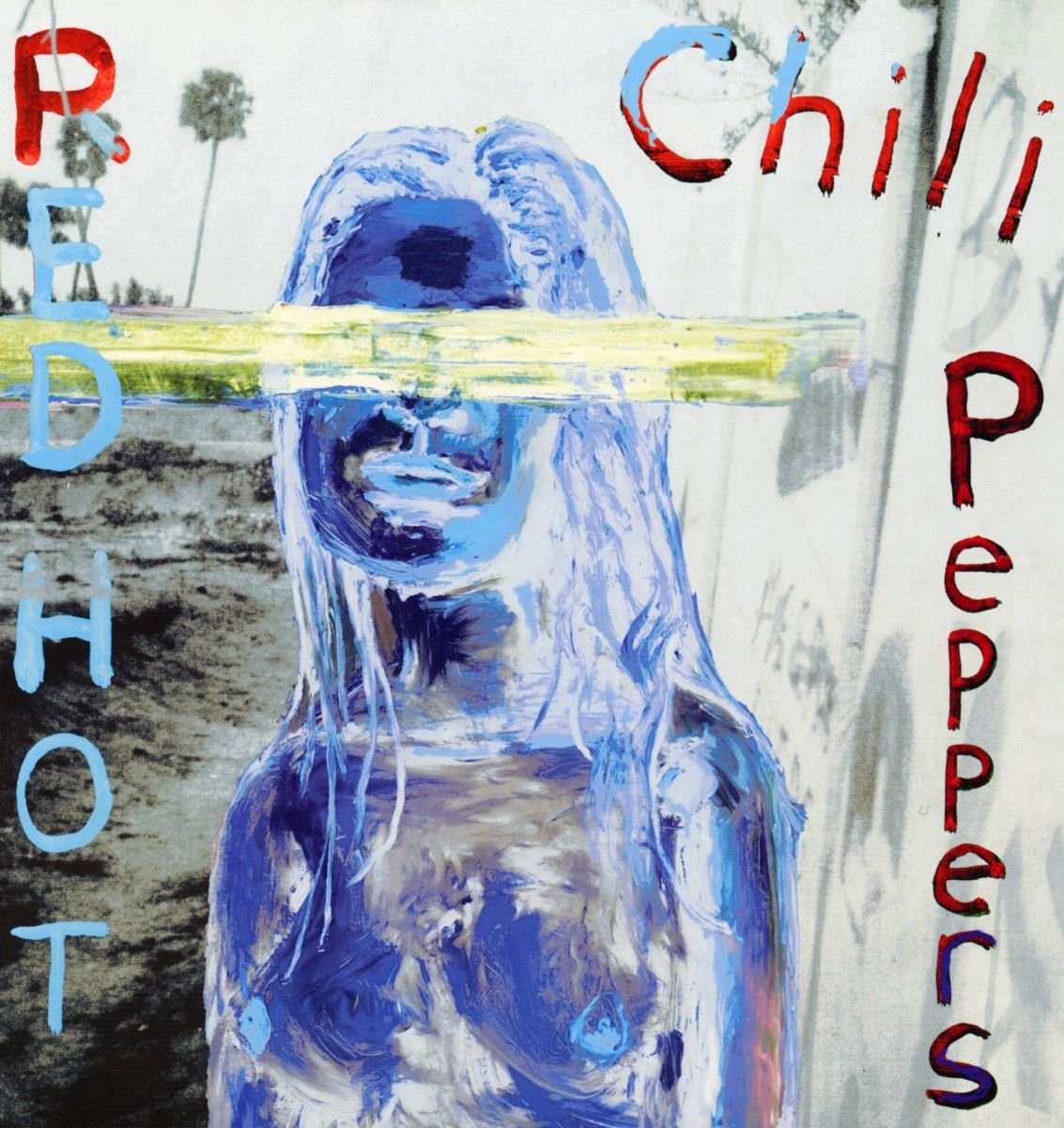 Julian Schnabel for Red Hot Chili Peppers’ By the Way (2002)
Art star Julian Schnabel’s daughter Stella was dating Red Hot Chili Peppers guitarist John Frusciante around the time of By the Way, which bears a painting by Schnabel for the occasion on its front. Frusciante said at the time: “We sent him rough mixes of eight songs, and he just got the vibe of the album from that. He said that he wouldn’t be offended if we didn’t like it, but we loved what he did. He’s also given us great covers for all the singles. He’s a true artist.” 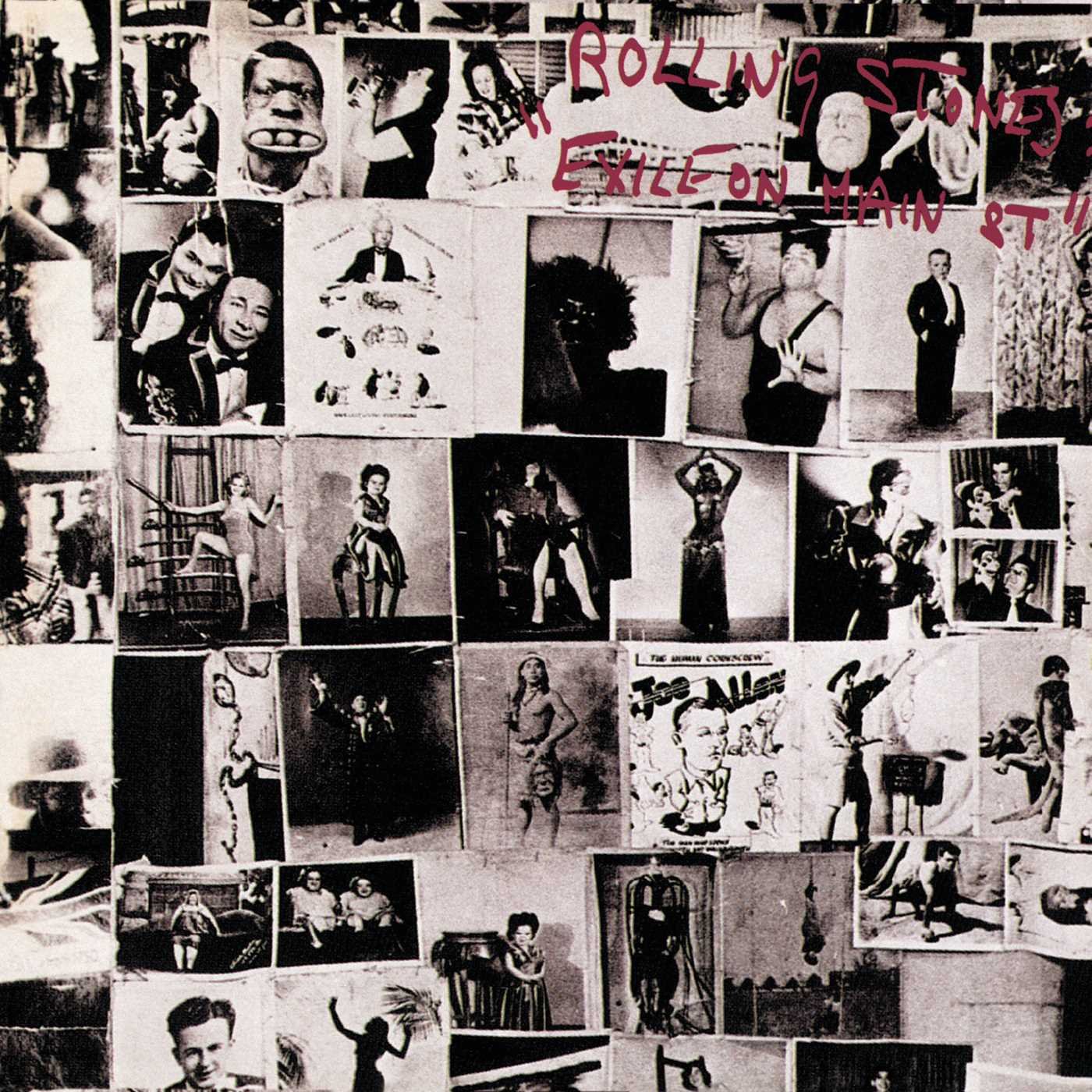 Robert Frank for the Rolling Stones’ Exile on Main Street (1972)
The photograph of lots of other photographs on the cover of Exile on Main Street was taken in 1950 by the storied road-traveler Robert Frank at a tattoo parlor on Route 66. Frank and the band hatched a connection around the making of the album, too—as Frank later directed the unreleased (but widely bootlegged) 1972 tour documentary titled Cocksucker Blues. 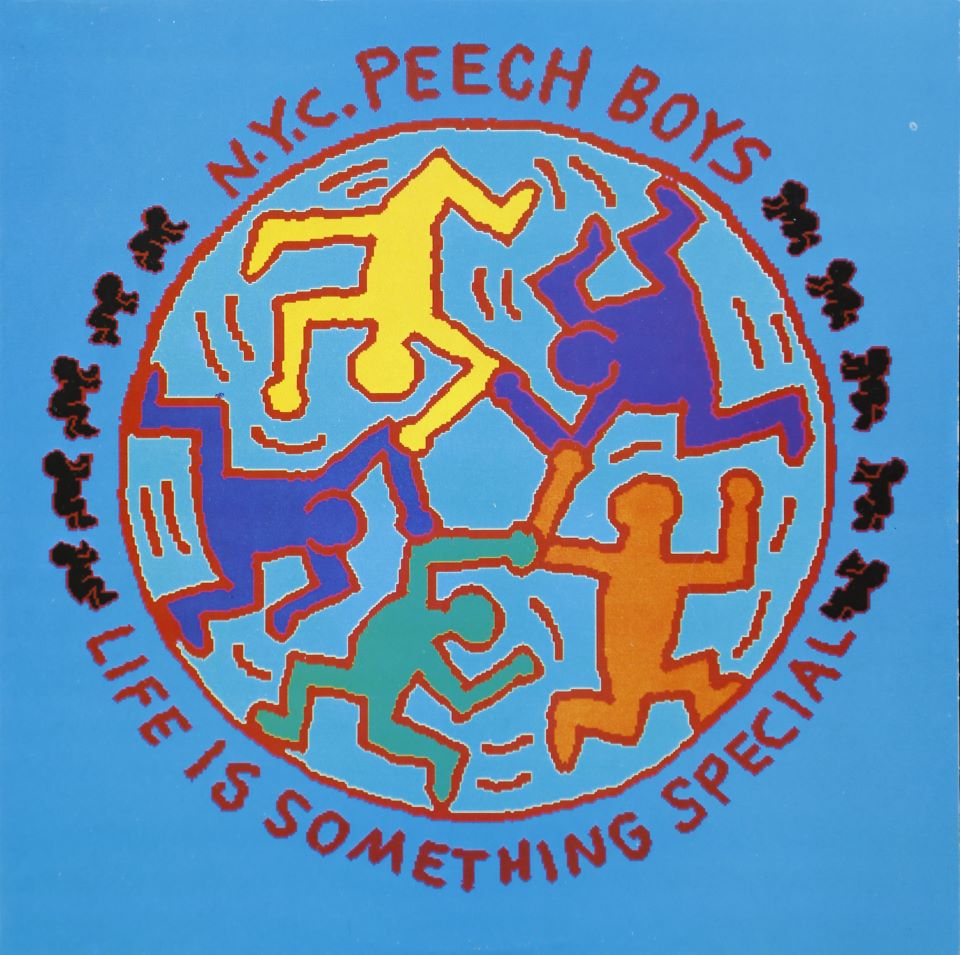 Keith Haring for Peech Boys’ Life Is Something Special (1983)
Keith Haring’s life-affirming drawings were ubiquitous in the ’80s—on subway-station walls, T-shirts, buttons, even a series of (now highly coveted) Swatch watches. And then there was the cover of Life Is Something Special by Peech Boys, a group whose tunes were integral to the pop/electro swirl of the fabled New York disco club Paradise Garage. 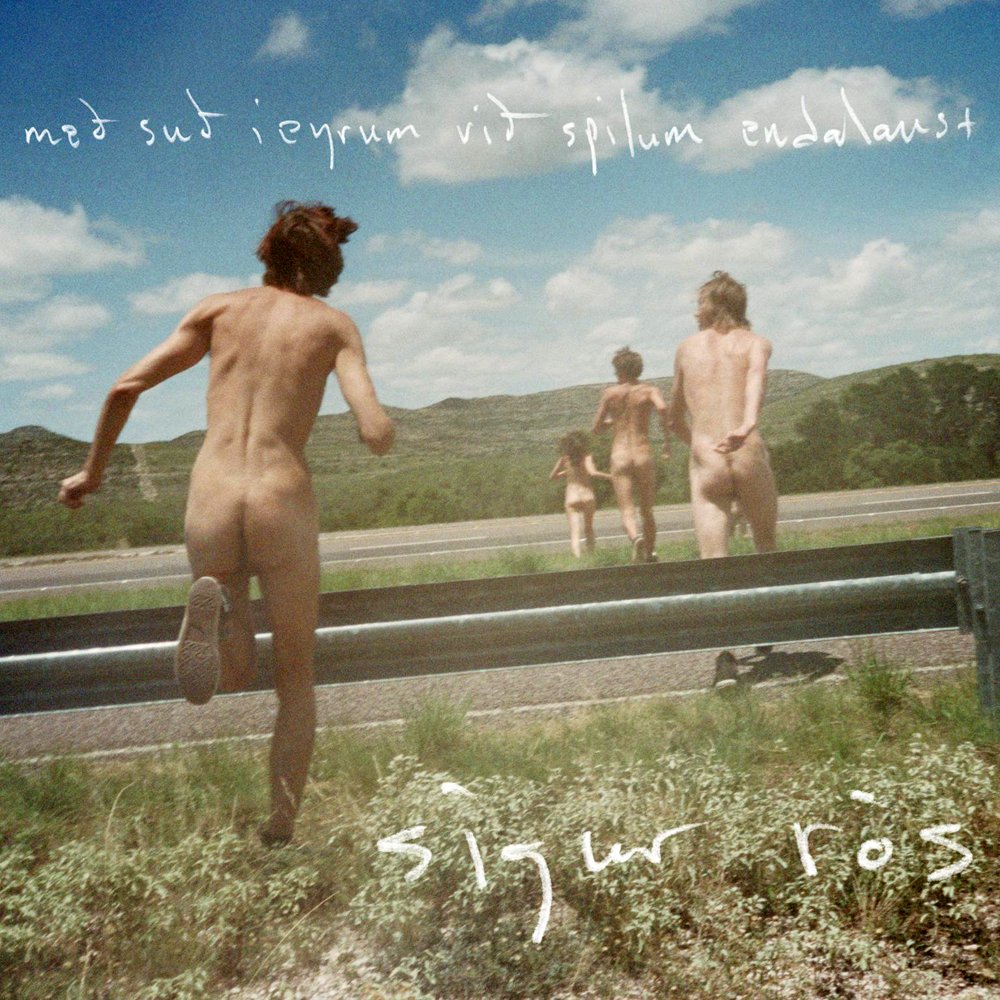 Ryan McGinley for Sigur Rós’s Með suð í eyrum við spilum endalaust (2008)
Young people frolicking in alternately innocent and lascivious nature is a subject that photographer Ryan McGinley knows well, and his 2007 photo Highway made a good match for the ethereal but grounded music of Icelandic band Sigur Rós. (Fun fact: the album was at one point expected to be decorated with art by Olafur Eliasson, but the band picked this photo instead.) 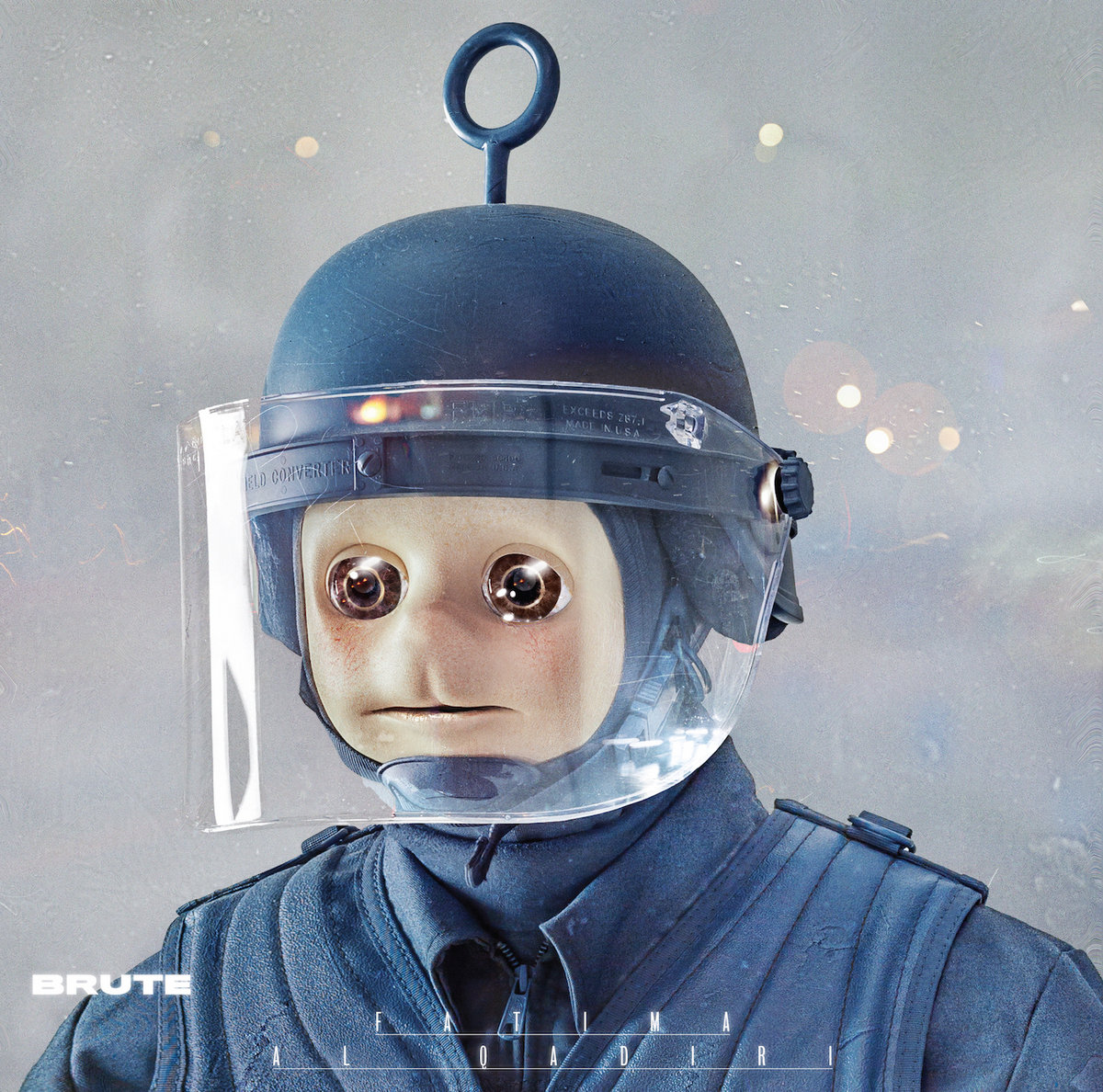 Josh Kline for Fatima Al Qadiri’s Brute (2016)
A close-up of Po-Po, a sculpture from New York artist Josh Kline’s multipart installation Freedom, adorns the haunting and electronically inclined second album by Fatima Al Qadiri—herself also a visual artist who has worked as part of the Middle Eastern art collective GCC. Al Qadiri happened to have made music for a video in the Freedom installation that riffed on “The Star-Spangled Banner,” and as she told Mixmag, when she saw Po-Po, she told Kline, “I need to use this Teletubby for my record cover.” 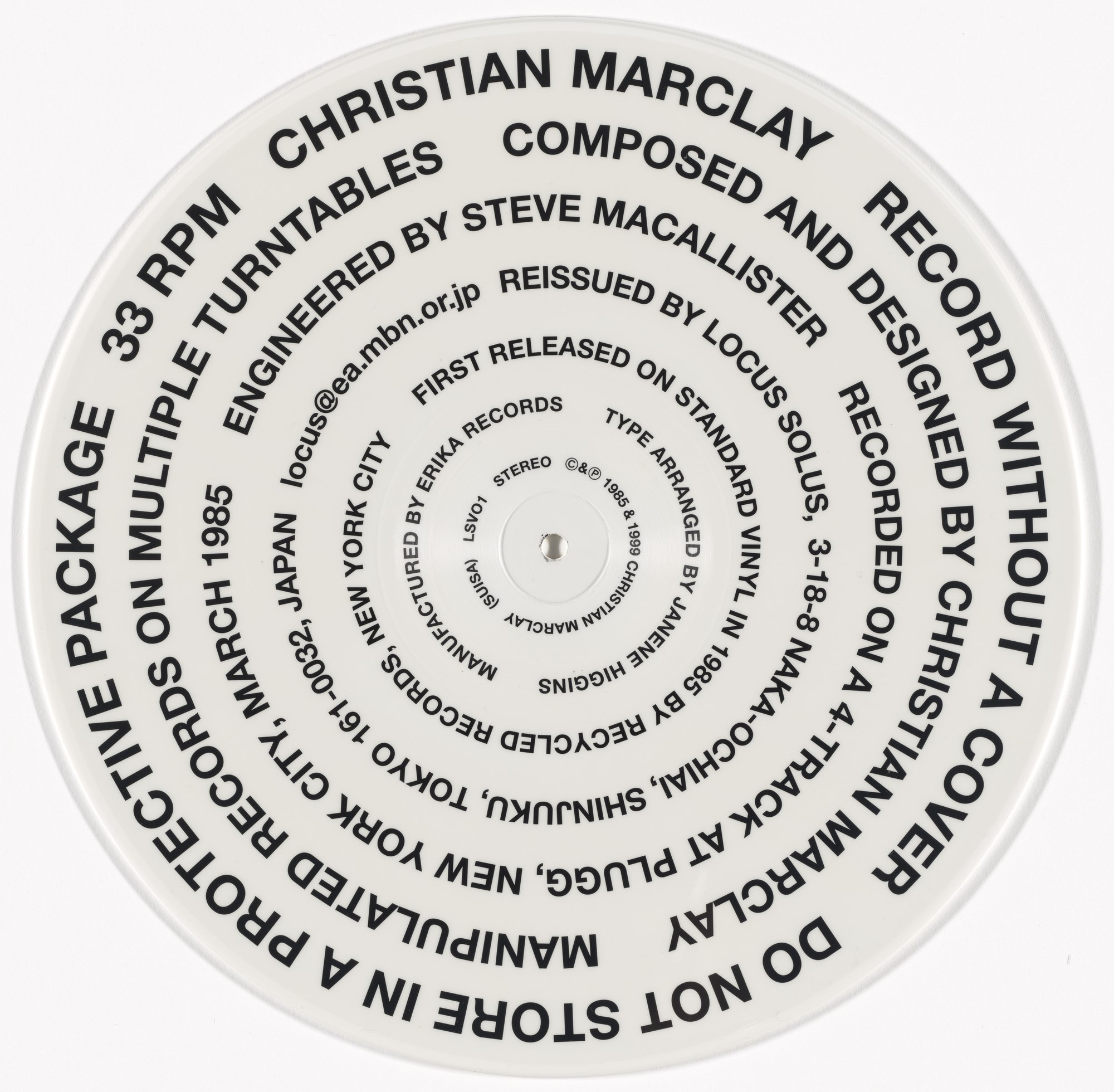 Christian Marclay for Christian Marclay’s Record Without a Cover (1985/99)
This one is a bit of a cheat (since it’s an artist making art for an album of his own), but it also happens to be the artiest record cover ever for of the fact that it doesn’t even exist. Christian Marclay’s inversions of conventions surrounding sound abound on this sleeveless vinyl LP filled with recordings of scratches over a bizarre aural collage that will only get scratchier without a protective layer around it.