When Tate Modern opened in London in 2000, it was perceived by many as a marker of a seismic shift in the British art scene. “This is the beginning of something enormous in British art, a re-ordering, a great tempest of cultural energy which will blow apart all the old certainties, all the traditional hierarchy of law and money and God,” artist Antony Gormley told the Guardian at the time. Sentiment of the sort would go on to ring more or less true, and Tate Modern is now a major institution in the international art world. With the institution celebrating its 20th anniversary this month, ARTnews looked back on the 10 most important shows mounted at Tate Modern over the years. 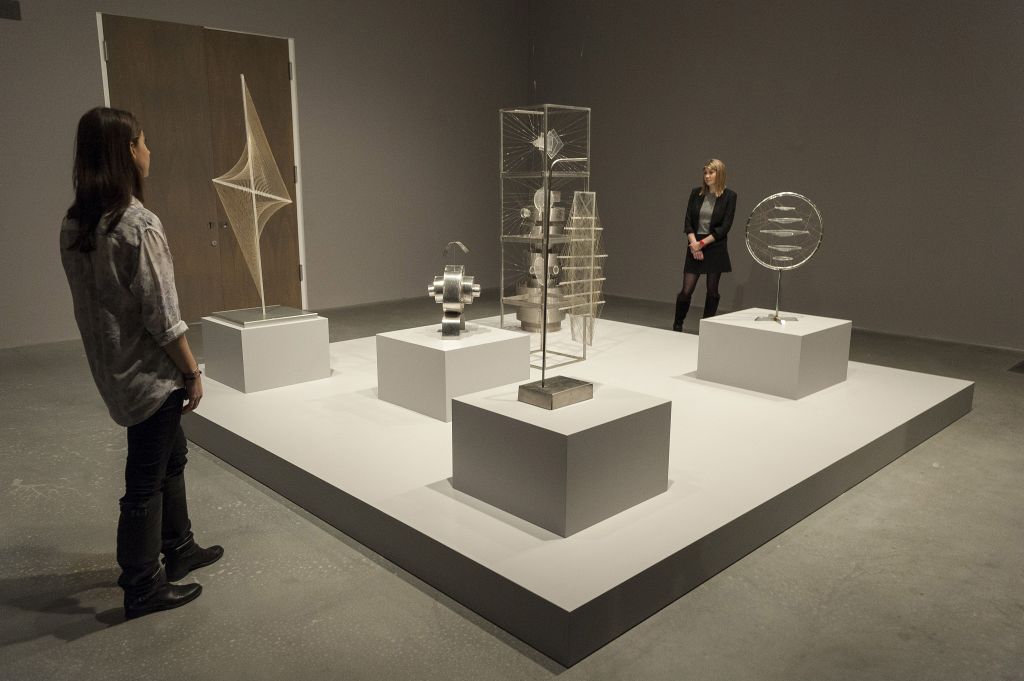 10. Saloua Raouda Choucair (2013)
When Tate Modern Jessica Morgan (now director of the Dia Art Foundation in New York) came across a painting by Saloua Raouda Choucair at a gallery show in Beirut, few had heard of the artist outside of Lebanon. Now, however, she’s considered a major figure in the history of Middle Eastern modernism—thanks largely to an exhibition that Morgan organized with Anna Coxon. Tate’s willingness to bet on an artist like Choucair—even still hardly a household name—was a sign that the museum had committed to its goal of offering a more globalist vision of art history. 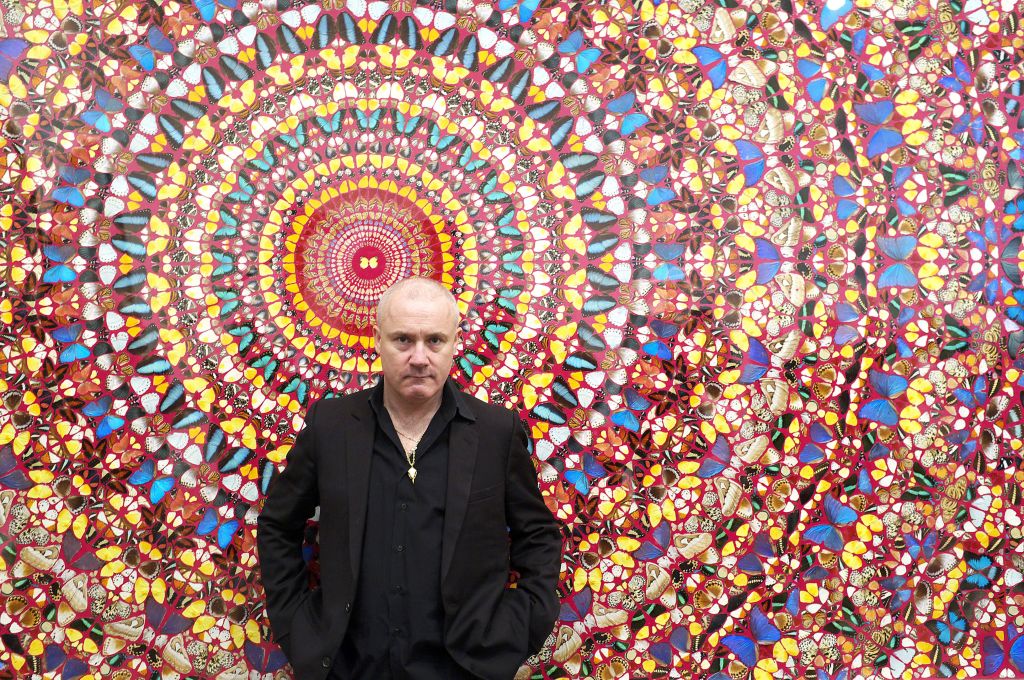 Damien Hirst at the opening of his 2012 Tate Modern survey.

9. Damien Hirst (2012)
Few shows in Tate’s history have been as polarizing in Tate’s Damien Hirst retrospective. Critics hated it, with some saying that Hirst didn’t deserve to have his work shown at Tate. A study later found that his famed sculpture featuring a shark suspended in formaldehyde may have leaked noxious fumes. Animal rights activists decried it because it included a work crafted from dead butterflies. But none of that stopped droves of visitors from seeing the show, which broke Tate’s attendance records at the time. To toast one of the most controversial artists in British history, the museum also exhibited Hirst’s For the Love of God (2007), a cast of a skull encrusted in 8,601 diamonds. 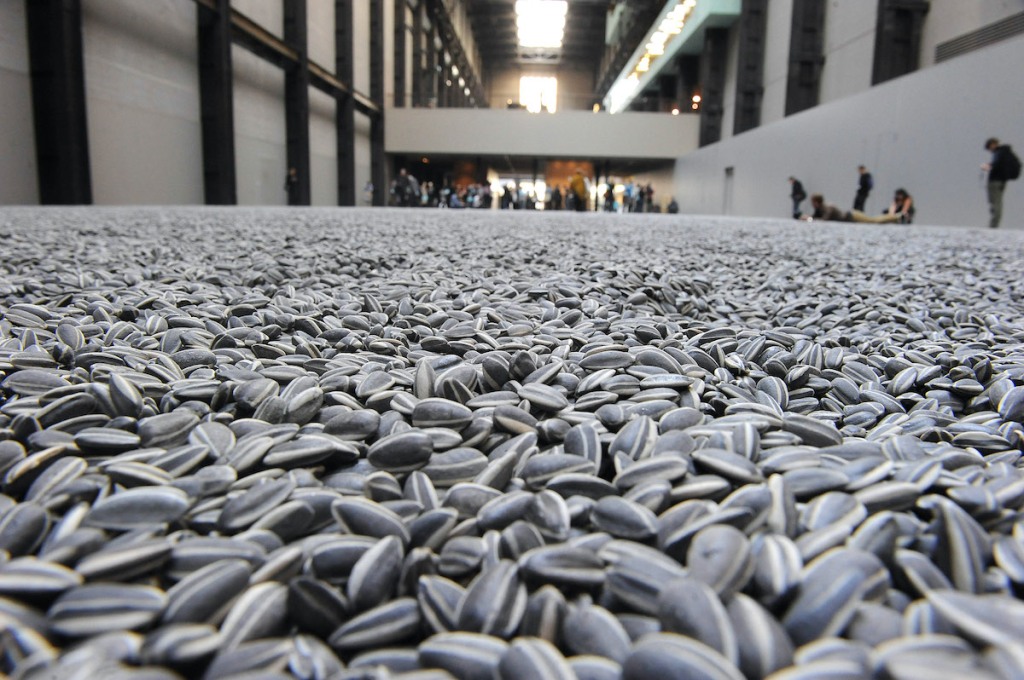 8. “Ai Weiwei: Sunflower Seeds” (2010–11)
With dramatic ambitions and visual flair, commissions for Tate Modern’s cavernous Turbine Hall tend to be events. Ai Weiwei’s was no different: Sunflower Seeds involved arraying 100 million realistic-looking porcelain replicas of the titular offerings spread across the expansive space. At first, viewers could walk on the seeds—but after Tate and Ai realized the porcelain produced dust that could be harmful, they banned people from getting too close. But even from far away, the installation was as striking as any work ever presented in the several-story-tall atrium. (And Tate wound up purchasing a bit less than one-tenth of it—some 8 million seeds—for its collection.) 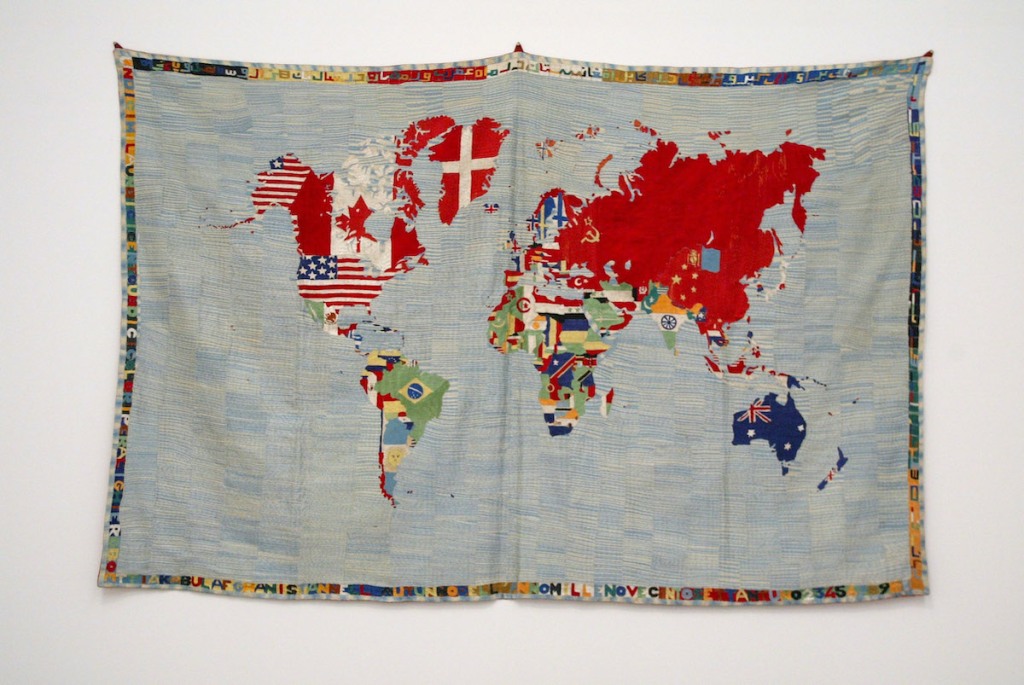 7. “Zero to Infinity: Arte Povera 1962–1972” (2001)
Beyond the confines of Italy, Arte Povera had been an art-historical whatsit to many unacquainted with its legacy going back to the 1960s. But because of this show, curated by Frances Morris and Richard Flood (of the Walker Art Center, which co-organized it), many ended up with a clearer picture of just how influential artists Mario Merz, Alighiero e Boetti, Pier Paolo Calzolari, and Giulio Paolini had been. With their emphasis on nature and the use of “poor” materials as a rejection of bourgeois aesthetics, Arte Povera artists did something radical, strange, and new—and the Tate show set out to prove as much with key loans. Since then, an Arte Povera gallery has been a fixture of Tate’s permanent collection. 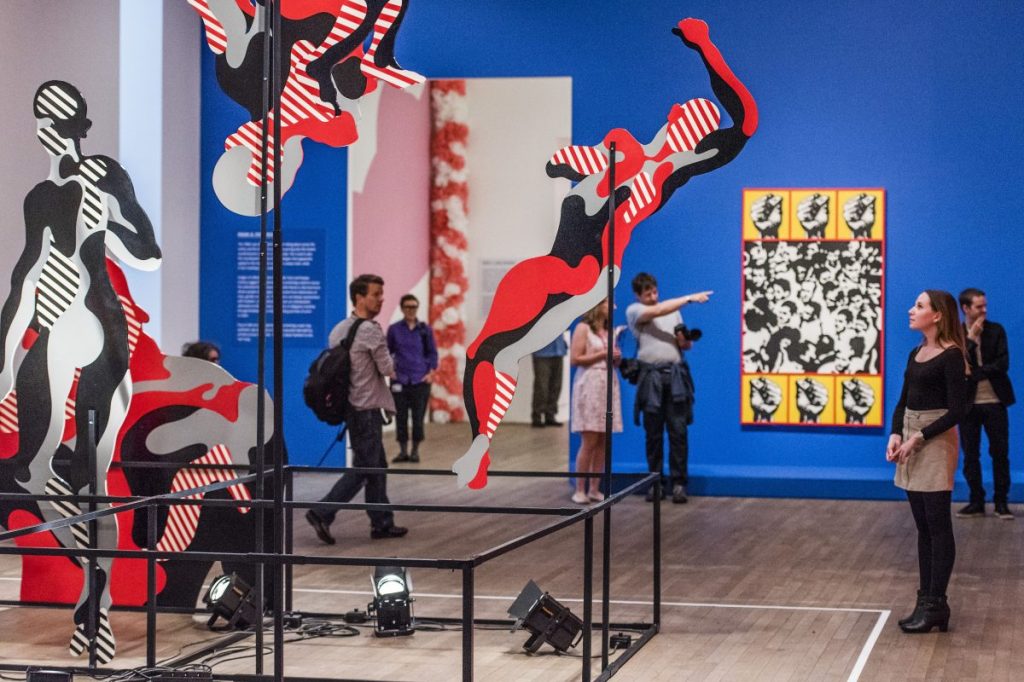 6. “The World Goes Pop” (2015)
Signs that Pop art was undergoing a major historical revision had been felt as early as 2010, when the Rosenwald-Wolf Gallery at the University of the Arts in Philadelphia staged a survey of female Pop artists that attempted to redress the myth that the movement was dominated by men. Tate furthered that project with “The World Goes Pop,” which looked at Pop’s reach beyond New York and London starting in the 1960s. In a show with few marquee names, a refreshing number of lesser-known figures shined, such as Kiki Kogelnik, Keiichi Tanaami, Beatriz González, and Öyvind Fahlström. Some have even subsequently been canonized. 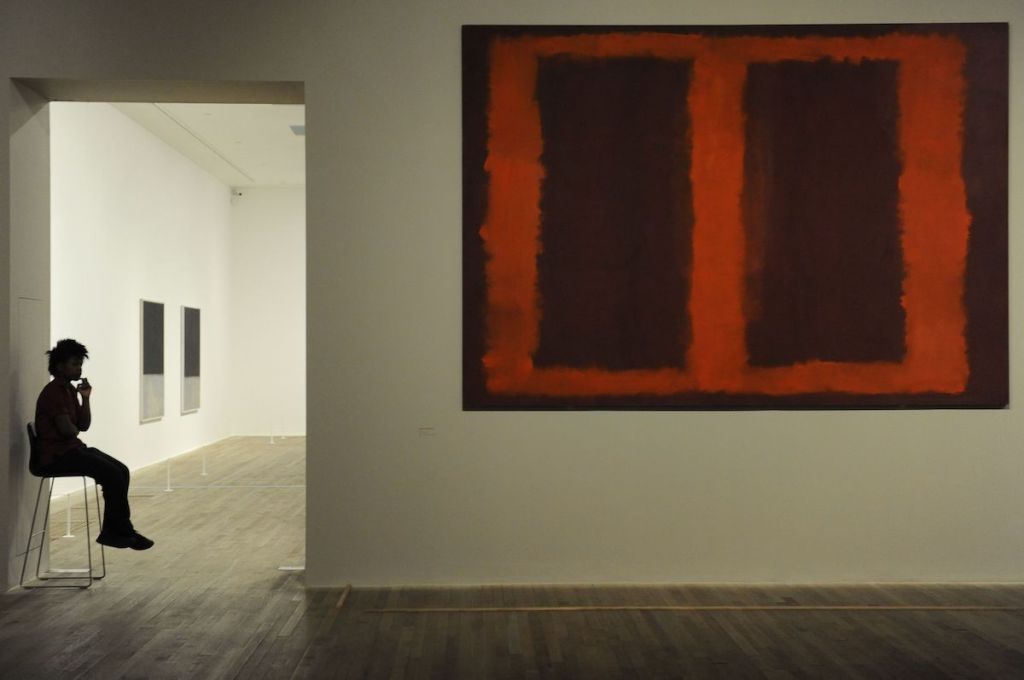 5. Mark Rothko (2008)
Many of Tate’s world-class blockbuster exhibitions of modern art could have ended up on this list (there’s a case to be made for its 2014 Henri Matisse cut-outs show or its 2008 Cy Twombly survey). But a Mark Rothko exhibition in 2008 stands out for the way it so significantly augmented famed paintings by the Abstract Expressionist that have formed a cornerstone of Tate’s permanent collection. The show (curated by Achim Borchardt-Hume) was the first major show devoted to Rothko in the United Kingdom in two decades, and it brought over important examples of his Seagram murals from Japan’s Kawamura Memorial Museum for the occasion. In his review at the time, Guardian critic Adrian Searle admitted to not being a Rothko fan—but called the show “great” anyway. 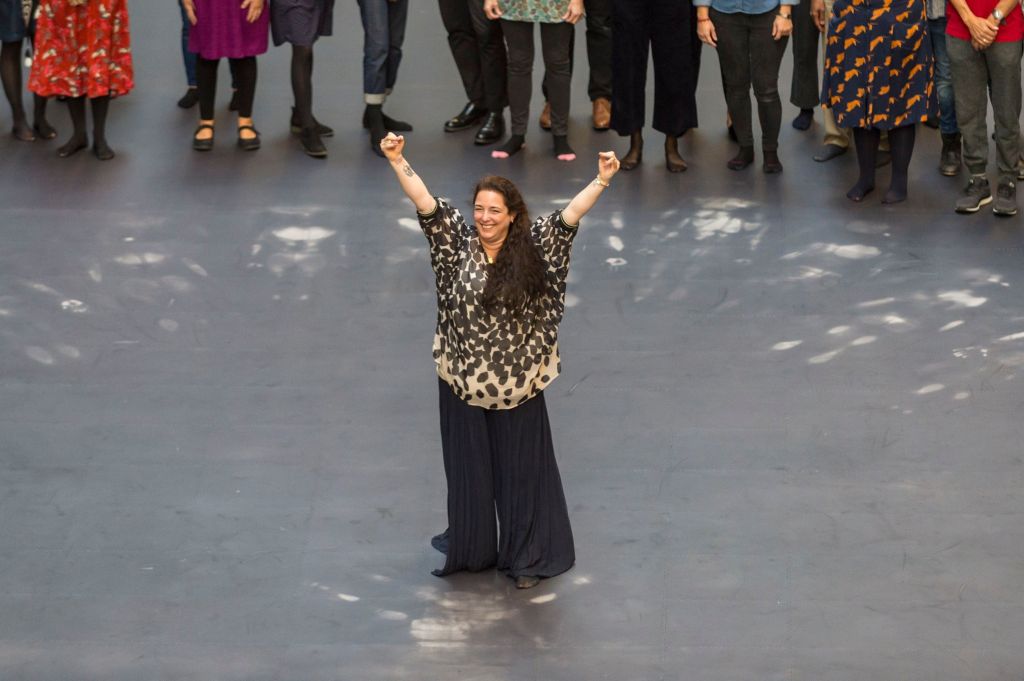 Tania Bruguera at Tate Modern in 2019.

4. “Tania Bruguera: Tatlin’s Whisper #5” (2008)
Tania Bruguera’s Tatlin’s Whisper #5 stands as the most memorable time-based artwork ever debuted at Tate Modern. The performance derived a lot from shock value that followed—with no announcement made to unsuspecting visitors, two police officers barging in on horses and rounding people up while moving them around the Turbine Hall via techniques used to control crowds. Though photographs are all that exists now (one serves as the cover art for historian Claire Bishop’s influential 2012 book Artificial Hells: Participatory Art and the Politics of Spectatorship), the work was ultimately acquired by Tate and is now considered one of Bruguera’s most famous pieces. It also exemplifies Tate’s commitment to time-based mediums such as performance, sound, film, and video. 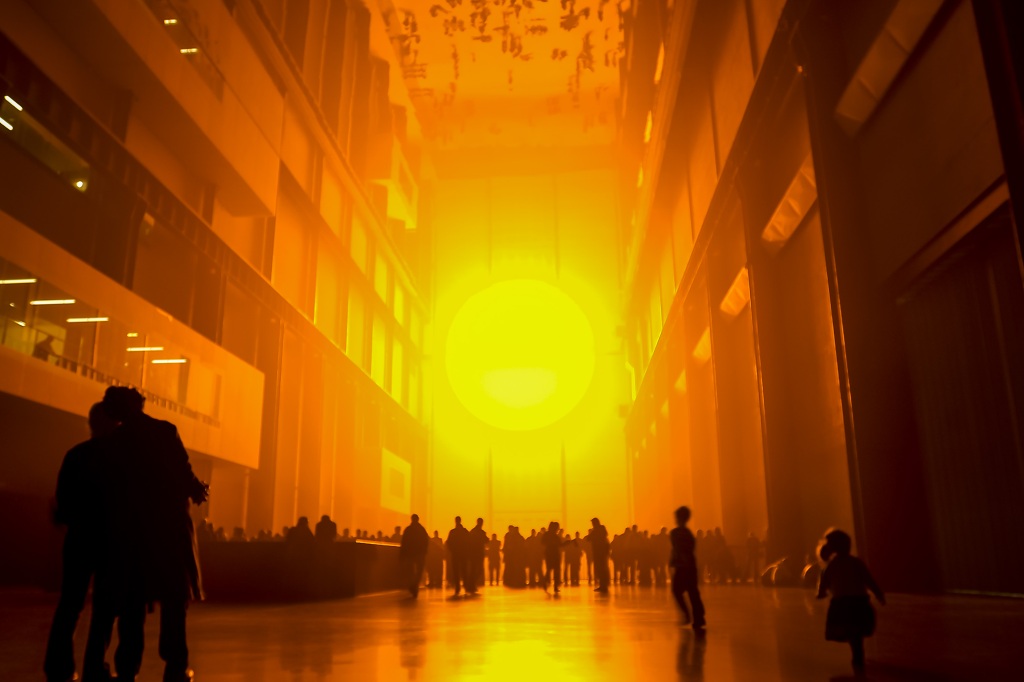 3. “Olafur Eliasson: The Weather Project” (2003–04)
No other Turbine Hall commission has had as much impact as Olafur Eliasson’s The Weather Project in 2003. The work featured what appeared to be a giant sun whose light filled a darkened space, with a faint mist emitting from the glow. Eliasson’s interest was in the way that urban centers have altered experiences of meteorological conditions, and many were impressed. Guardian critic Rachel Cooke wrote in her review, “When it comes to art, the word ‘event’ is usually a pejorative term; but not, I think, in this instance.” Eliasson, perhaps today’s most influential environmentalist artist, later had a notable survey at Tate in 2019. 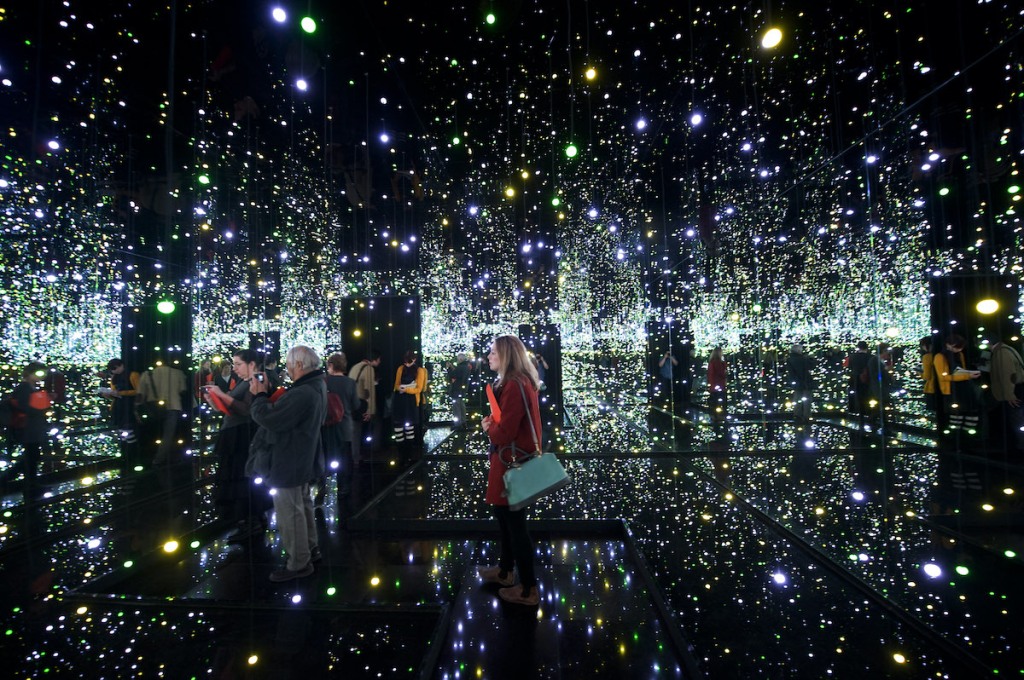 2. Yayoi Kusama (2012)
Prior to Tate Modern’s retrospective, Yayoi Kusama had been a beloved figure within the art world. Since then, her notoriety has expanded exponentially, with legions of fans across the globe. Curated by Frances Morris with Rachel Taylor, the show spanned the full of Kusama’s career, placing the abstractions that first launched her alongside less-often-discussed antiwar and feminist works of the ’60s and ’70s. The show’s centerpiece was Kusama’s largest “Infinity Room” installation to date at the time. In a nod to that work’s popularity, Tate is planning to put the work back on view, along with another similar installation of its kind, later this year. 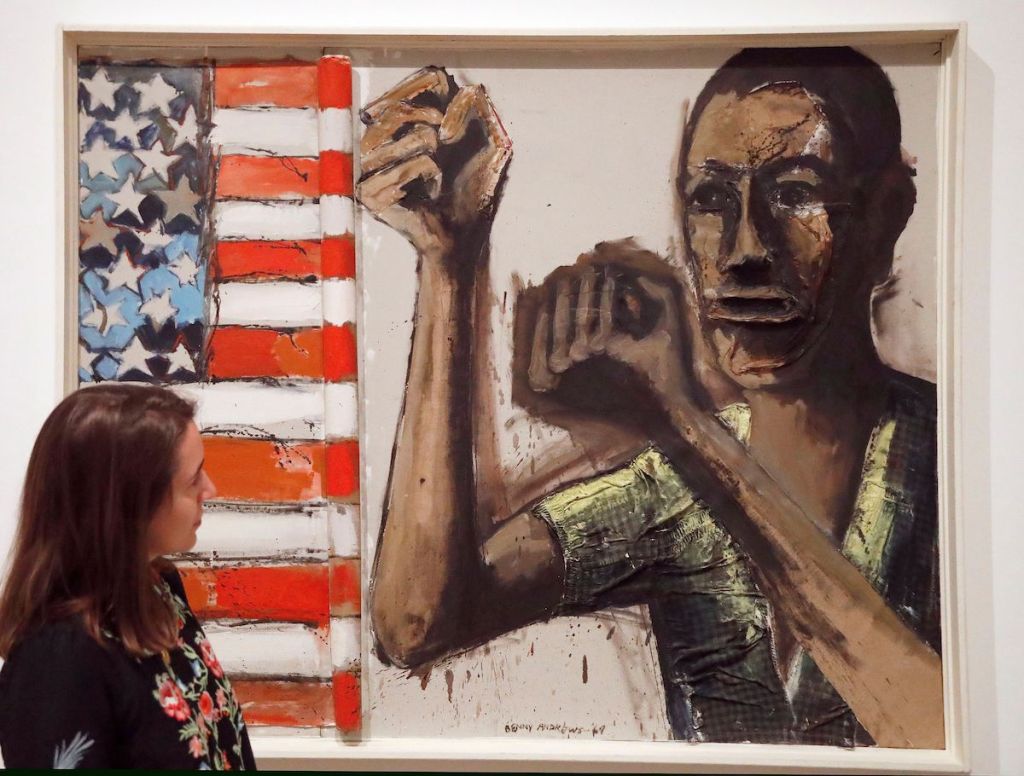 Work by Benny Andrews in “Soul of a Nation: Art in the Age of Black Power” at Tate Modern, London.

1. “Soul of a Nation: Art in the Age of Black Power” (2017)
It would be difficult to overstate the influence of “Soul of a Nation,” which showcased the essential role that art played in shaping the cultural understanding of the Black Power movement during the 1960s and ’70s. The subject has been considered at a number of smaller institutions across America, but rarely ever has it been given such a major platform at such a large international institution. Curated by Mark Godfrey and Zoé Whitley, the show is still traveling around America, and it placed on an ARTnews list of the defining exhibitions of the 2010s. With an all-star grouping of work by artists such as Frank Bowling, Melvin Edwards, David Hammons, Barbara Jones-Hogu, Wadsworth Jarrell, Betye Saar, “Soul of a Nation” effectively altered art history, bringing to the fore a number of artists who hadn’t been properly canonized until now.

Archaeologists Have Uncovered an Impeccably Preserved Food Stand in Pompeii