Imagine this scenario: A social media manager notices the museum or brand that they work for is being called out online. A lot. They’re told to monitor it, and the hate escalates. It’s looking bad. The higher-ups call a meeting. The CEO phones in from Mar-a-Lago, or some other locale where rich people retreat during a pandemic. The team concludes that they should issue an apology. The higher-ups want it to sound earnest. “That’ll mitigate things. . . . But please keep it on brand. We already had to post that ugly black square.”

Then, there’s an email chain with the subject: “Instagram apology.” Someone loops in a copywriter. The copywriter sends some suggestions. There’s feedback. The copywriter sends updated material. “This’ll do”—a mild, compromising statement, a watered-down version of the ideas suggested by the more socially aware (aka “woke”) employees. The copywriter loops in the graphic designer: “Hey, I know this is last-minute, but can you make a few 1:1 posts for an Instagram carousel? Just center this copy with the brand font, logo, and colors. Hurry.” The designer lines everything up in Photoshop. Work. Export. Save. Loop the social media manager back in after workshopping a caption with the copywriter. They upload the post on the company Instagram account. Then all hell breaks loose because the apology was fucking weak.

That’s how brands construct public apologies. I know because I’ve worked for them. And there’s no shortage of necessary apologies right now. Shitty behavior has been dredged up at numerous companies and museums that then scramble to atone with their back to the wall. George Floyd’s murder at the hands of Minneapolis police has prompted another wave of historic Black Lives Matter protests nationwide, and resulted in more and more reckonings with everyday racism: some more sincere than others.

And there’s a new apology in town. Meet Notes App Apology’s older, cooler cousin, Photoshopped Apology. We’ve seen the apologies written in the iPhone’s Notes app, then screenshot and posted on Instagram. They’re often particularly comical as simple stopgap measures in dire situations (see YouTuber Logan Paul’s Notes App Apology for videotaping the body of a suicide victim found in a forest). When an apology is demanded, Notes App Apologies are a quick, low-effort road to redemption. But this new, gussied-up Photoshopped Apology is just so, so, so much worse. 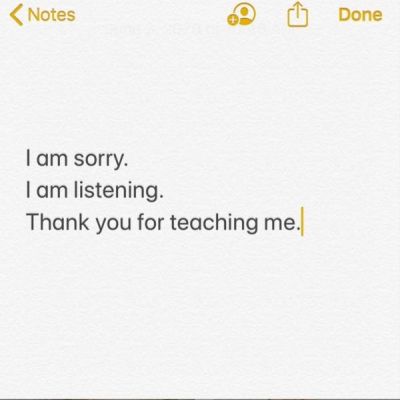 Screengrab of a Notes app apology from Jenna Kutcher’s Instagram.

Take Reformation’s recent carousel apology. A Black former employee claimed that, while she was working for the women’s fashion company, senior staff overlooked and undervalued her—they hired less qualified white women in positions above her, and dismissed her suggestions to hire Black models. A post featuring white text on a black ground, attributed to the brand’s founder, Yael Aflalo, began with “I’ve failed” in big letters. The black square doesn’t read as a nod to those that proliferated on Instagram during #BlackoutTuesday, but to Ref’s black-and-white logo. The text is in Reformation’s quirky signature font. The company’s public apology was inadequate, even cringe-worthy: one dramatic and obviously phony sentence reads “I burn inside thinking about the sadness I inflicted.” 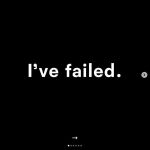 Screengrab showing one slide of a carousel apology from Reformation’s Instagram.

Instagram is, of course, a platform where people usually show off their best—or at least most interesting—selves: in Instagram apologies, even when someone ostensibly confronts their ugliness, it’s hard to read the gesture as anything but an effort to publicly reclaim their image. But at least the Notes App Apology permitted us a semblance of sincerity, and suggested there might be a human being who typed the message—even if that human was an intern or assistant. There’s nothing sincere about a trickle-down excuse crafted to look pretty for Instagram grids, and the processed nature of Photoshopped Apologies implies the absence of the one thing all genuine apologies must possess: accountability straight from the person who committed the transgression. The content of Reformation’s apology isn’t all terrible. It covers the four requirements of accountability: self-reflection, acknowledgment of wrongdoing, repair, and changed behavior. But is it authentic? I profoundly doubt Aflalo wrote and Photoshopped the entire apology all by her lonesome, even though it’s attributed to her. Photoshopped apologies are the new non-apology: there can be no authenticity in an excuse that must be “on brand.” And this new brand of excuses cloaked in a millennial-friendly aesthetic feels patronizing, as though the monoliths behind the brands are hoping that if they make the apology pretty enough, we won’t be able to see through it. 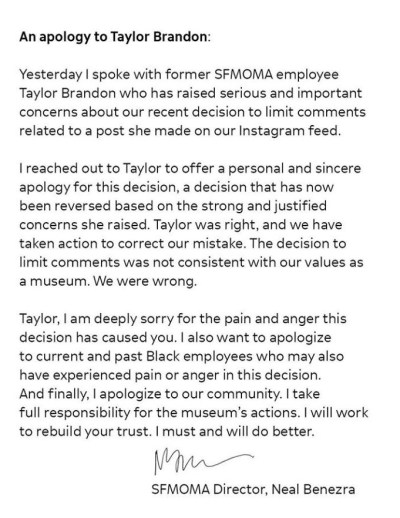 At least when the San Francisco Museum of Modern Art apologized for censoring a Black employee on their Instagram by deleting and disabling comments on their vague post about the Black Lives Matter protests, the SFMOMA director signed the statement. There was no carousel asking you to scroll seven times to see who might have written it. No bullshit, just a public, signed apology addressed to the person who was hurt. 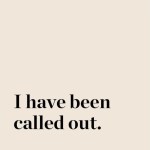 The worst of the Photoshopped Apologies is probably Jenna Kutcher’s, the Goal Digger podcast host who posted: “I have been called out.” She was referring to an incident three years prior, when the esteemed Black business growth strategist Toi Smith, called her out for alleged white saviorism and poverty porn after she posted photos of two visibly impoverished Black boys from a trip to the Dominican Republic. Smith released an email showing Kutcher’s reluctance to listen or grow when confronted. Kutcher’s post is less an apology, more a dramatic announcement, written in a distinctly millennial Didone font on a distinctly millennial nude background. A lot of online how-to-be-anti-racist tutorials employ the same look: Instagram seems to convert any and every content into the same mono-aesthetic. Kutcher’s text is often off-center, for what I can only imagine are artistic purposes—a gesture almost as corny as the dramatic music and black-and-white effect accompanying the video campaign from wwww.itakeresponsibility.org, in which actors like Julianne Moore and Aaron Paul film themselves at home stating: “I take responsibility,” as dramatically as only an actor could. 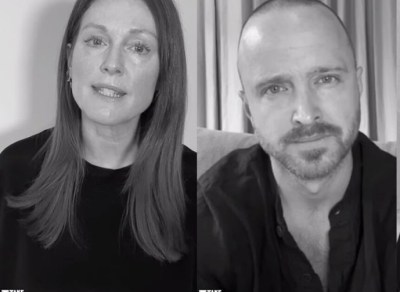 Screengrab showing Julianne Moore and Aaron Paul from a video made by www.itakeresponsibility.org

A quick lesson in authentic apologies: say “I’m sorry.” Period. Not “I’m sorry you feel that way” or “I wish I had done that differently,” just “I’m sorry.” Next, name the action (or inaction) you’re apologizing for and the hurt it caused. No matter how uncomfortable it may be, you must identify your actions and pledge never to repeat them. It’s pretty elementary. At the end of the day, it doesn’t matter what PR strategy you consult: if the content of your apology is inauthentic, it will show. Without evidence of concrete steps toward change, an apology wrapped in a big bow is just as weak as any other non-apology, including those on Notes App.