After picking up a copy of Japanese artist Sanzo Wada’s A Dictionary of Color Combinations a few years ago, Charles Young decided to divert the course of his otherwise monochromatic body of work. The Scottish artist, who is currently based in Edinburgh, has accumulated an extensive archive of tiny buildings, transportation, and public architecture all created in white paper. The stark structures number well into the thousands and together, sprawl into massive miniature metropolises. They’re now joined by similarly sized creations in full color.

Published around 1930, Wada’s reference manual groups pigments into complementary combinations of two, three, or four, and Young uses these pairings as the foundation for his latest models of office buildings, churches, factories, and stations. He finished all of the four-color studies back in 2021 and has since moved on to those with three, a set he plans to wrap up in the new year. “The whole project is like a journal or sketchbook, and not much planning goes into each piece before I start work,” he says. “The project is really about the process and the massing of individual parts rather than each individual building.”

After formulating a general idea of the intended piece, Young prints each hue onto a single sheet of watercolor paper. “I’ll choose one of the colours to be the main feature, used in the walls, and others as accents or for the roofs. It’s a kind of intuitive process where there just seems to be a right way to do it,” he shares. Once cut and assembled into their final three-dimensional shapes, the works are either left as standalone structures or animated in whimsical, stop-motion movements, like a train spinning on its platform or an excavator dipping its bucket.

As mentioned, Young’s three-color studies are ongoing, and you can follow his progress on those on Instagram. 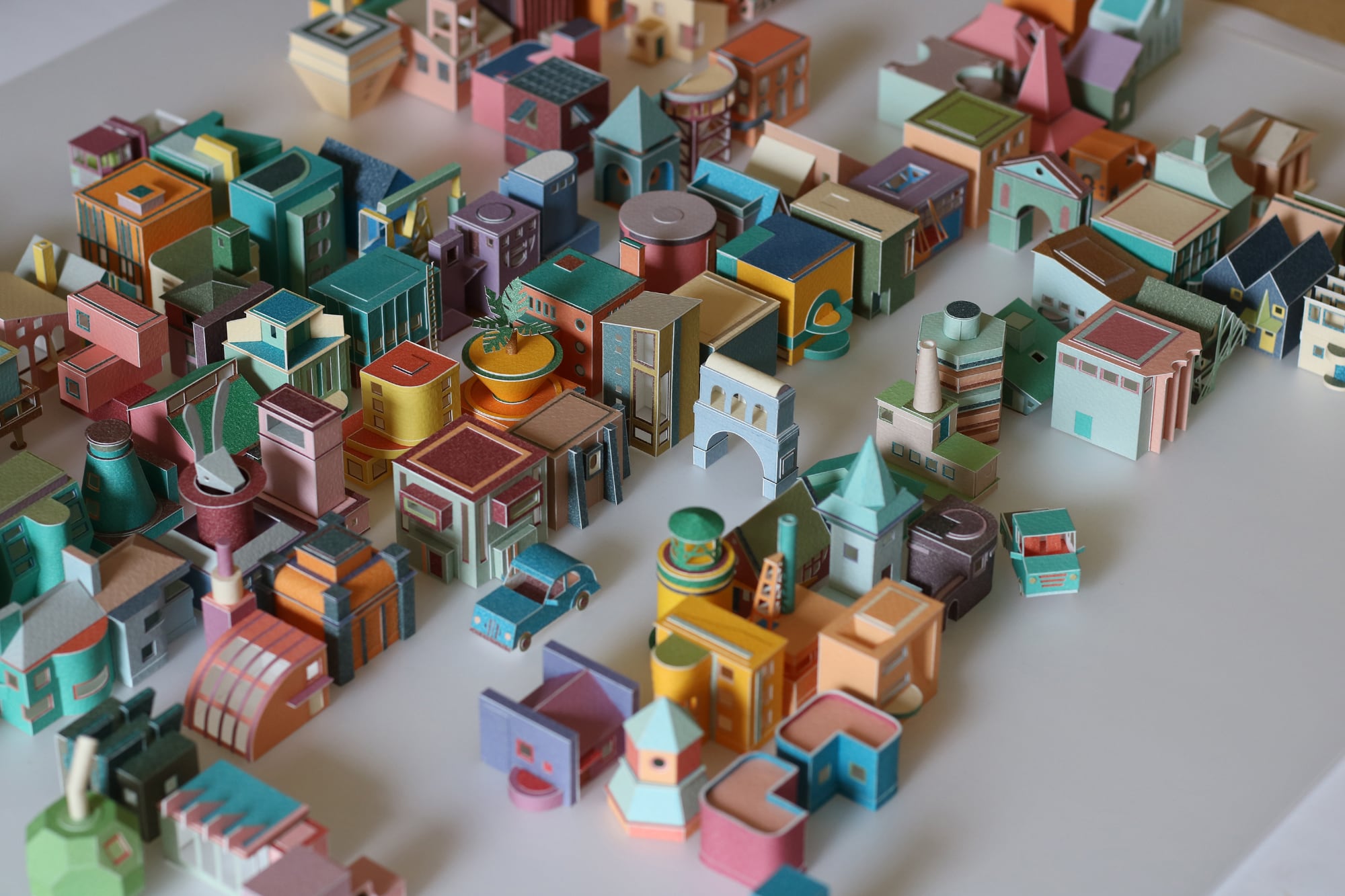 Do stories and artists like this matter to you? Become a Colossal Member today and support independent arts publishing for as little as $5 per month. The article Thousands of Structures Populate a Growing Whimsical Metropolis in Charles Young’s Miniature Cities appeared first on Colossal.