When Dehli-based photographer Sankar Sridhar visits the Yamuna River in winter, he observes hundreds of gulls, terns, and other birds as they flock to the Ganges tributary that flows through the Indian city. Despite the river’s inability to maintain a thriving ecosystem in that stretch, the avians are spurred by site fidelity as they migrate each year, a ritualistic act Sridhar recently captured in a series titled Long Live the River.

Because the tributary attracts such an influx of avians, it’s also a site of religiosity and legend. People travel to the water to feed the birds, an act thought to bring good karma, and disperse offerings for their loved ones who’ve died. “My approach to documenting life along a small stretch of this river was driven by the deep connection of rivers and life and divinity in Hindu texts, mythology, and legend. The fact that the Yamuna is considered the only river with the power to grant immortality to humans seemed an irony that could not be overlooked,” the photographer says.

Fifteen drains of untreated wastewater from household, municipal, and industrial sources flow into the tributary, saturating it with chemicals, pesticides, heavy metals, and garbage that eliminate aquatic life. However, Sridhar notes that in 2017, officials recorded 24 bird species residing in the river’s wetlands. “This finding came as a surprise, given the greatly degraded water quality of the Yamuna,” he says.

Using a low shutter speed, Sridhar captures the annual rituals through clouds of Dehli’s thick smog, blurring the flying creatures as they swoop over the water. The obscured visitors mar clear shots of boats and the horizons as they appear to linger above the water in shadowy flocks. “I aimed to impart a surreal touch to the images by using the boats as the fabled transport into the afterlife while flight-paths of the birds as metaphors —as much for the souls of the dead as the mad chaos in our world that blinds us to the damage we do to the environment,” he says. “Throughout, though, the river remains a giver of life, despite having the life sucked out of her.”

An avid outdoor photographer, Sridhar shares his projects focused on Himalayan landscapes and local communities on Behance and Instagram. 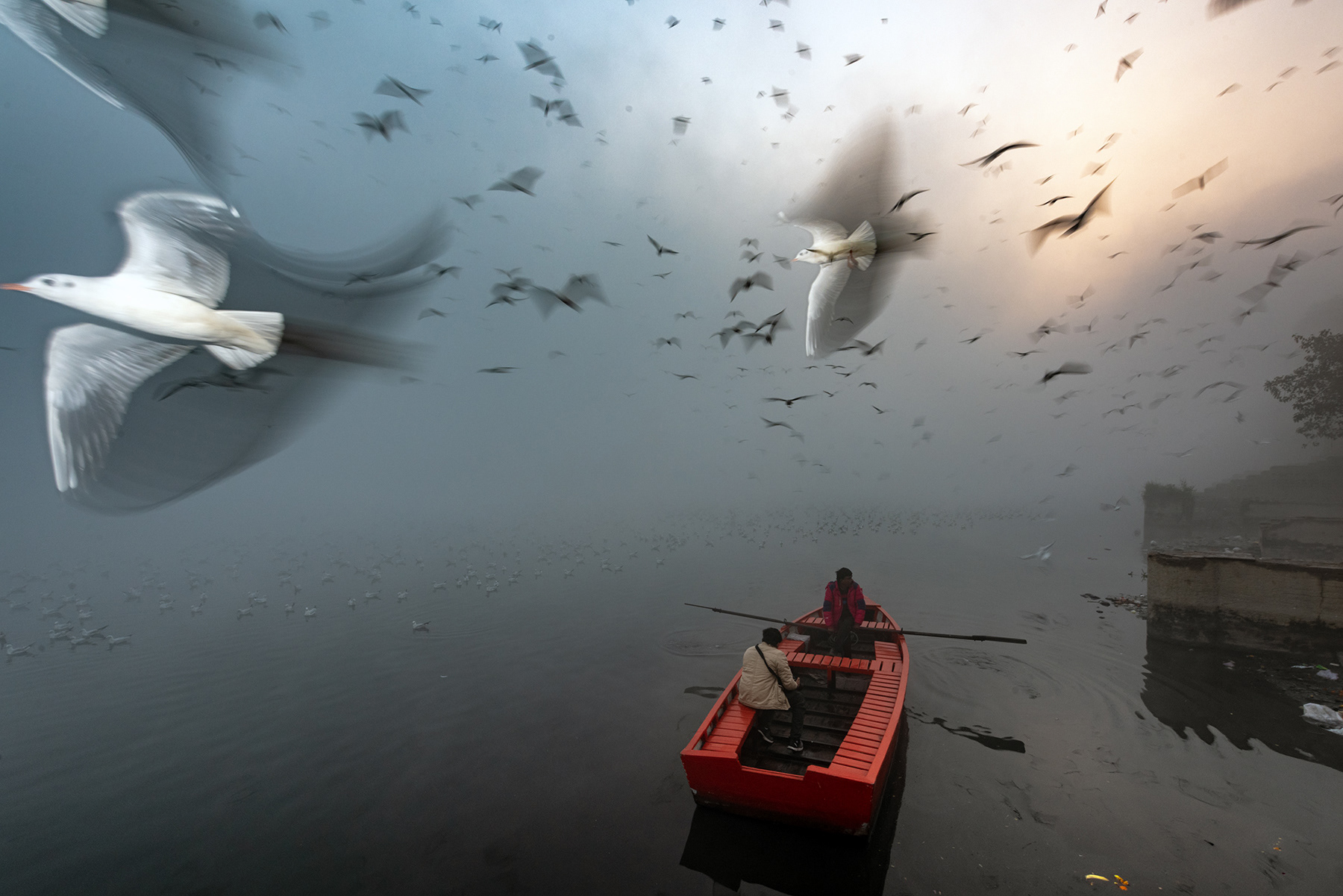 Photos: Haegue Yang’s Exhibition “In the Cone of Uncertainty,” at the Bass Museum of Art

A New Book Illuminates the Lives of the Elusive, Pink-Plumed Flamingos in Mexico’s Yucatán Peninsula