For a survey of what lies ahead as the art world looks forward to the future, ARTnews devoted part of the June-July 2021 issue of the magazine to 10 cities to watch: Philadelphia, Atlanta, Vancouver, Guadalajara, Bogotá, Oslo, Tallinn, Casablanca, Abu Dhabi, and Taipei. Stay tuned as each city joins related reports from Seoul and Paris online in the weeks to come.

Long considered a destination for artists thanks to relatively cheap real estate and robust national funding for the arts, Oslo is now established as a leading art center in Scandinavia likely to ascend even further after the inauguration of two major museum expansions on the horizon. The city is also home to enriching activity outside the walls of institutions, with more and more young artists drawn to the promise of alternative spaces and new ways to show their work to audiences near and far.

The March of Expanding Museums 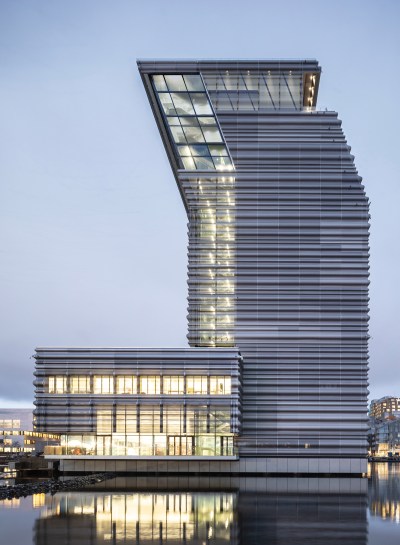 Two museums in Norway’s capital—the Munch Museum and the National Museum—are nearing the completion of massive expansion efforts that will see them grow greatly in both size and scope. The stakes are high: if the leading institutions are able to lure more Norwegians and visitors from afar, the growth could help push Oslo’s art scene into the ranks of London, Paris, and Berlin as one of Europe’s great art capitals.

With a previously delayed opening now slated for the fall, the Munch Museum’s new $314 million building will arc ever so slightly over Oslo Harbor, and house more than 283,000 square feet of space on 13 floors, making it one of the world’s largest museums dedicated to an individual artist. Meanwhile, the National Museum is on track to add more than 107,000 square feet via a gleaming expansion expected to open in 2022.

All eager eyes in the near term will be on the Munch Museum—home to a version of The Scream and many of Edvard Munch’s most famous works—which is relocating from a sleepy neighborhood on the outskirts of Oslo to the city’s heart. (Its reopening is especially anticipated because the beloved museum has been closed since early 2019.) According to Stein Olav Henrichsen, museum director since 2010, the move signifies a growing sense of partnership among institutions like the National Museum and the Astrup Fearnley Museum of Modern Art, a private enterprise run by Norway’s most prominent collector. “The biggest museums, the biggest builders—we are all here together to develop this part of the city in a very systematic way where culture is at the center,” Henrichsen said. 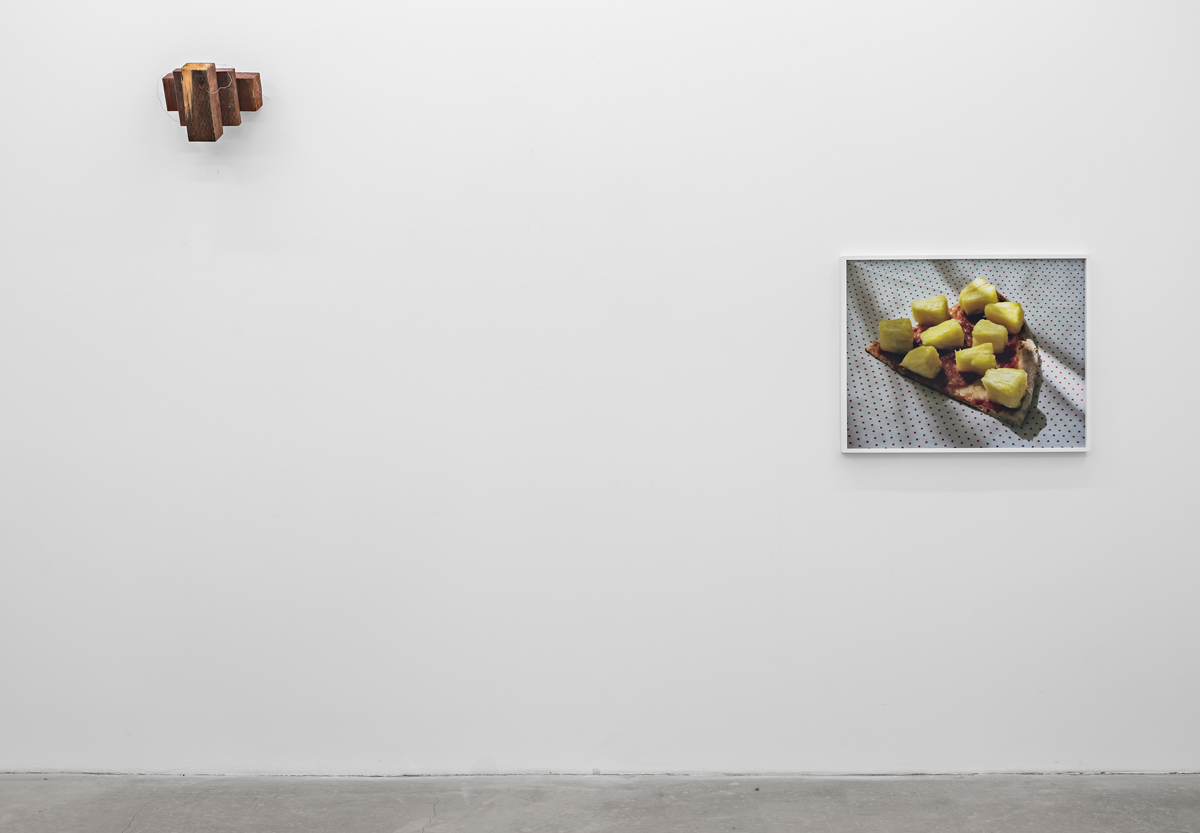 When it comes to expanding Oslo’s market, which centers on relatively few galleries and a small but growing coterie of collectors, one operation has been leading the way: Standard (Oslo). Since its founding in 2005, the gallery has become known for the steely, highly polished aesthetic of its international artists, which include stars like Tauba Auerbach, Ian Cheng, Alex Hubbard, and Josh Smith. But Standard (Oslo) is important for supporting the growth of Norwegian artists too. Just before he represented Norway at the Venice Biennale in 2005, Matias Faldbakken was given one of his first solo shows at the gallery. Torbjørn Rødland, a creator of sleek photographs resembling fashion ads with a surrealist twist, has exploded to international fame, and Kim Hiorthøy, who is well-known in Oslo’s vaunted electronic-music scene, has garnered an art-world fan base through a series of solo shows.

In playing host to such artists, Standard (Oslo) has also helped offer aspiring artists a vision for what it might look like to be a success. “For many years there was this brain-drain where people thought they had to move to Berlin,” gallery founder Eivind Furnesvik said. “But now artists are staying here.”

The prospective pool of local collectors has evolved too. “We never started the gallery thinking there was a collector-base here,” Furnesvik said. In 2005 Norwegian buyers accounted for just 5 percent of the gallery’s sales—but in 2020, that number was up to 30 percent. According to Furnesvik, increasing interest from domestic collectors will help support emerging artists as they make their way. And newer galleries have worked to expand the market’s reach, with Galleri Golsa and OSL Contemporary showing alongside Standard (Oslo) at smaller fairs. Furnesvik described a sense of momentum still growing: “Slowly but surely,” he said, “there are younger art dealers starting up.” 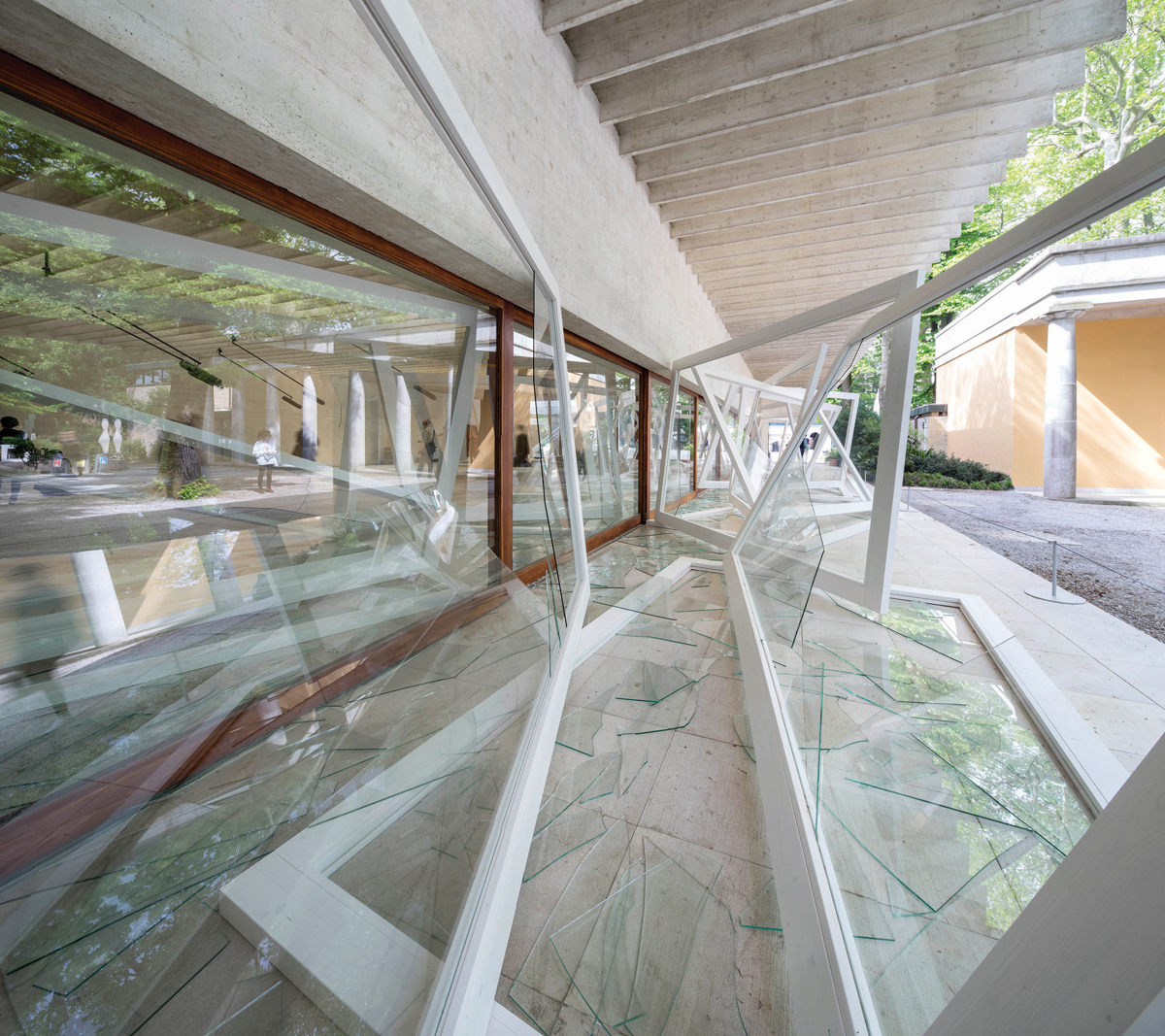 The Biennial Circuit—at Home and Abroad

In 2019 Oslo got its own unorthodox kind of biennial in the form of osloBIENNALEN, a grand, largely outdoor festival dedicated to art in the public sphere and designated to evolve “with different temporalities, rhythms, and duration.” Of the 30 artists included in the first edition, about one-third hailed from Norway. Unlike the Venice Biennale, which views the entire world as its target audience, osloBIENNALEN is meant primarily for the citizens of Norway. “It’s a way of securing interaction with the community, and it will become a more interesting dialogue,” said Ole G. Slyngstadli, osloBIENNALEN’s executive director. The first edition’s artist list included 10 Norwegians—“and there are 1,500 registered artists living in Oslo,” Slyngstadli noted. “The 1,490 others were a little bit disappointed.”

Though the osloBIENNALEN was conceived as a program to run over five-year cycles, with the first one slated to continue into 2024, the pandemic cut it short and marked 2021 as the end. Plans for the next one remain to be established, but Slyngstadli said he is hopeful for the future of an enterprise that garnered good attention its first time out.

To some extent, the osloBIENNALEN is picking up on momentum gained at the Venice Biennale, where the Nordic Pavilion has pushed new boundaries in recent years. At the next edition in Venice in 2022, the Nordic offering will be renamed the Sámi Pavilion and will feature three artists of Sámi descent—Pauliina Feodoroff, Máret Ánne Sara, and Anders Sunna—in momentous recognition of the Indigenous Sámi population living in northern parts of Norway, Sweden, Finland, and Russia. “This will be an historic occasion, as never before has the Nordic Pavilion presented the work of Sámi artists, nor recognized them as a nation,” said Katya García-Antón, director of the Office for Contemporary Art Norway, the Oslo-based entity that has commissioned the Nordic Pavilion since 2003. The aim is to direct attention to an aspect of local culture that is lesser-known around the world, García-Antón said, and to showcase the Nordic region as the “vibrant scene it is today.” 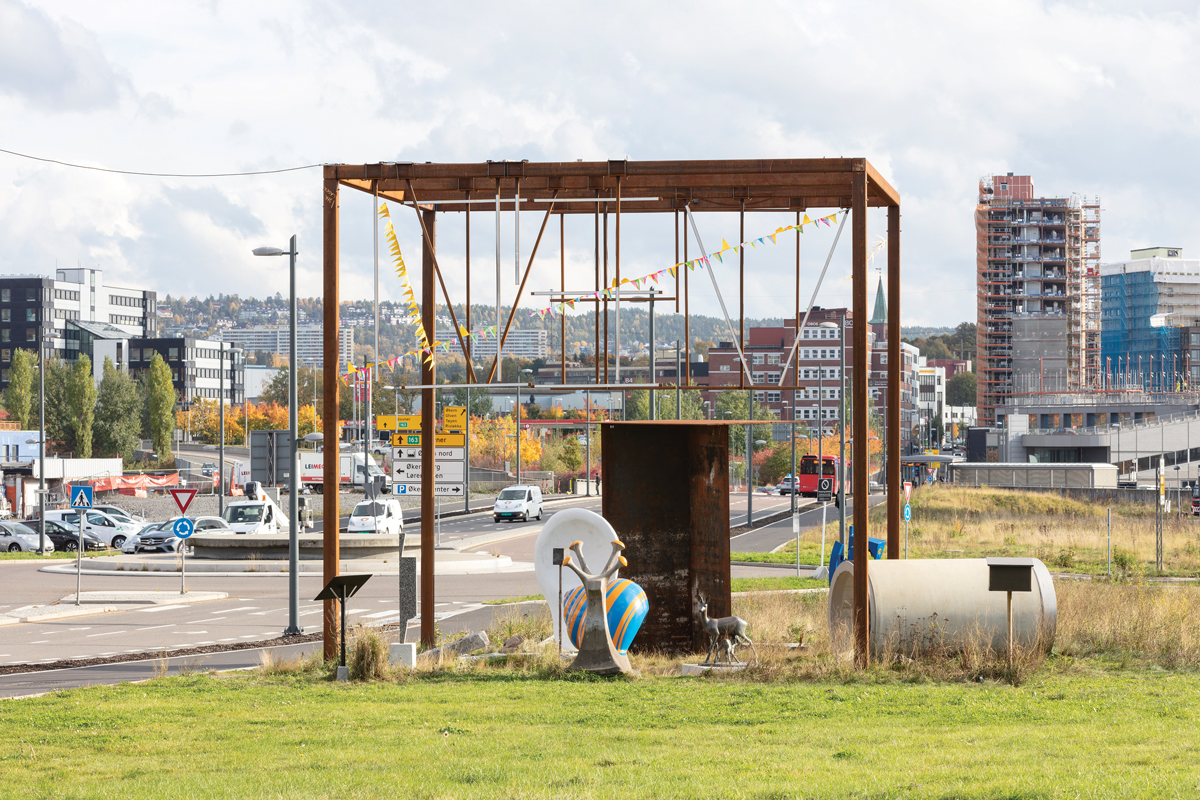 When the artist-run space Podium was founded in 2004, the art on view was often secondary to the festivities that took place there. “Artist-run spaces were about a kind of
community focused on gathering together— drinking alcohol, having a party, hanging out,” said Ayatgali Tuleubek, who runs Podium with Ragnhild Aamås, Lesia Vasylchenko, and Ignas Krunglevičius. “Openings would last until the morning.” 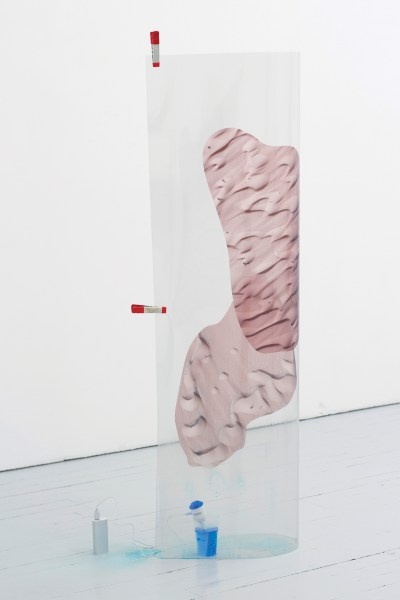 Since then, spaces like Podium have professionalized, Tuleubek said, but the goal remains the same: to give artists a shot at success in a system that can be forbidding to those looking to gain a foothold. “There is still a gap between the academy and established institutions,” Vasylchenko said. “There are not so many places where you can exhibit your work if you’re a young or emerging artist.”

With support from the Arts Council Norway and other publicly funded organizations, artist-run spaces have served as incubators. Sandra Mujinga, Pakui Hardware, and Emilija Škarnulytė, all of whom have appeared in major international biennials in recent years, had some of their first shows at Podium. And other such spaces have been getting more and more attention. “Institutions get it, because they want to help us push forward,” said Mechu Rapela, managing director of Tenthaus, a nonprofit collective and exhibition space established in 2009 with a focus less on physical art shows than on research-oriented initiatives that happen to involve artists. (Tuleubek and Vasylchenko have recently participated in them.)

As Oslo continues to develop, such spaces soldier on with the hope of elevating artists above all else. As Ebba Moi, a founding member of Tenthaus, said, “It’s a really great way to network when you’re new.”

A version of this article appears in the June/July 2021 issue of ARTnews, under the title “The Scandinavian Sweet Spot: Oslo.”